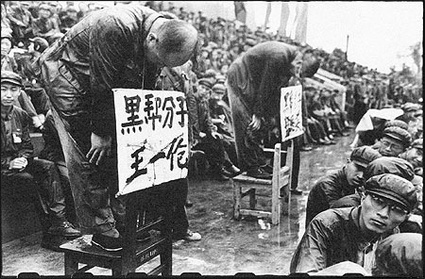 The Politics of Punishment has decimated nations. Here's how we can save America from ourselves.

The internet has always been a ruthless place. But recent episodes of political cyberbullying (in some cases driving people to suicide) have left me pondering: Does history always repeat itself?

Over 65 years ago, my grandfather, then a young soldier in the Kuomintang Army of China, fled his home in a desperate attempt to escape civil war. He jumped with his wife and family onto a floppy boat, with whatever possessions they could scrounge together, and made the 100 mile voyage, over treacherous waters, to a rocky island that would become their new home.

They were the lucky ones. In the decades that ensued, the family members who were left behind endured what was perhaps the most shameful episode of persecution in the history of humankind: the Cultural Revolution. So-called Red Guards, young workers who were the designated foot soldiers of the revolution, used public shaming and rumor-mongering as weapons of personal destruction. The slightest hint of disloyalty to "the cause" -- speaking the wrong words, believing the wrong truth, or even having the wrong set of friends -- would lead to ridicule, abuse, or even exile.

Bystanders were cajoled, pressured, or terrorized into going along because they, too, were afraid to be the next ones in the Red Guards' gaze. The result was not only mass violence on a scale never before seen in Chinese history, but the self-destruction of a revolutionary movement. "Power to the people" transformed into "power against the people." Dictatorship is the tragic legacy of China to this day.

This episode has now been analyzed by countless scholars and activists. And what they have found is that the Cultural Revolution follows a pattern that we see throughout history. Movements that start with good intentions often devolve from the politics of justice into a Politics of Punishment.

Stanley Milgram showed why this happens in one of the most terrifying experiments in the history of psychology. The experiment was simple: college students were asked by an authority figure to punish someone in the next room with an electric shock for giving the "wrong answers" to a question. (The recipient of punishment, unbeknownst to the students, was an actor who was not actually being shocked.) Escalating voltage levels would be deployed for each mistake to the point that shrieks of pain could be heard in the other room. "They simply must be punished," the experimenter would say. "It is the only way they will learn." Eventually the shrieks would go dead, as the test subject apparently went unconscious from hundreds of volts of electricity pulsing through their body.

Though students predicted that only 1% of them could be complicit in this sort of horrifying abuse, a shocking 65% shocked their subjects all the way to the end. That 64% gap in punishment - between righteous appearances and complicit reality -- is where a Politics of Punishment makes way.

And that same gap is exactly what allowed the Red Guards to thrive.

What does that have to do with modern America?

The failed Politics of Punishment have afflicted every major political movement in history. The anti-war movement, LGBTQ rights, the Civil Rights Movement, Women's Suffrage... all have been pushed to the brink by a Politics of Punishment gone astray, as activists deployed their righteous anger against their fellow citizens and even allies. In a Politics of Punishment, there is no call for compassion or reconciliation or compromise. Instead, the language of victimization is transformed into a tool to victimize others. Compassion for adversaries is a weakness, a moral failing, even a crime. And, ironically, it is the most marginalized within a society - those who have the least education, or speak a different language, or who are simply unpopular - who suffer the most from these fits of hatred and violence.

I know this because it is my family's experience. Nearly 50 years after my grandfather fled the only home he knew, he returned to China to find his family decimated. Because my grandfather was a young soldier in the losing army, his family was among the first to be targeted by the Red Guards. His younger brother, like so many others who were young or infirm, did not have the ability to flee. So he was left behind. And while my grandfather rose through poverty to become a general in the Taiwanese army, his younger brother lived his entire life in suspicion, denied even the most basic human rights, such as the right to learn, to move, or to pray. Indeed, he was lucky to have even survived.

When my grandfather and his brother were finally reunited, my grandfather (a hard man who had never shown me any weakness) broke down openly in tears, burdened by a half-century of guilt.

The story is now a part of my family's - my people's - lore. And there are three lessons we can learn from it to this day.

First, if you find yourself following a group into a Politics of Punishment, step back. There is a better way.

Second, after rejecting a Politics of Punishment, find resolution - and personal strength - in kindness and nonviolence. Successful nations and movements must make this principle a part of their heart, their foundation, their DNA. That starts with each of us individually. Resolve your conflicts, and find strength, not in punishment but nonviolence.

My grandfather was just one man. He lacked the power to fight an entire nation of Red Guards. He lacked the training and discipline to forgive his enemies and stop the cycles of violence. (To his last day, he hated Communists.) He lacked the ability to even save his little brother from a life of pain.

But a movement can achieve what one man cannot. So if you see someone standing for nonviolence, don't let them stand alone.

Step back from the cruelty of the internet. Find personal strength and resolution in compassion. And take a stand, collectively, for nonviolence. Because, with nonviolence, we can change our nation for the better. 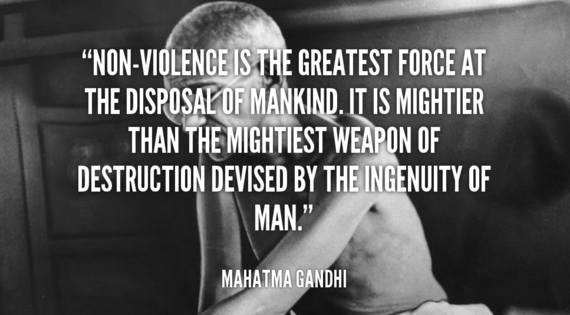