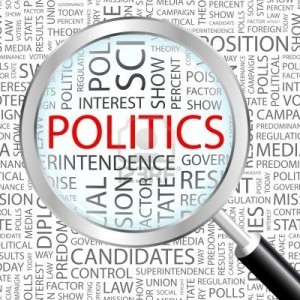 The word progressive has been heard more in this past New York City mayoral race than any other I can remember. The fact is that after more than two decades of Republican mayors, one with Giuliani who was to the right of the Republican Party and did more to divide the city than any other mayor. The second was Bloomberg (who switched parties) a multi-billionaire who did not need the endorsements of any of the unions, or other organizations as he financed his entire campaign quite effectively proving that money can buy you an election.

To his credit, Bloomberg was not the typical Republican. He was in some cases more liberal and creative than some liberals, but his mission was clear, attract major business developments. Under his administration 37 percent of the city was re-zoned paving the way for high-density growth along subway corridors. He was so into developing the city, especially Manhattan, that he required another four years beyond his eight-year term limit. No other mayor would have been able to go around term limits, but Bloomberg with the help of City Council Speaker Christine Quinn who did an about face on this issue got himself and the city council members an extra four-year term to complete his agenda.

Though he only paid himself one dollar salary as mayor, the fact is that his total wealth had increased from $2 billion before becoming mayor to now where it hovers at $8 billion. I would say he really did not need to get a salary from the city. Just as his personal income rose significantly, so did that of the upper 1 percent in the city.

On that note, let's look at what's happened to the 1 percent over the mayor's tenure, via the Times:

While I campaigned in the 17th district of the South Bronx that encompasses some of the poorest districts in the city -- like Mott Haven, Morrisania, and Hunts Point -- I personally saw the poverty and disparity that very few get to see unless you walk the back streets of the district. It's one thing to live in the South Bronx and another to sleep, work, or visit the South Bronx. Unfortunately, most of the people, many well-intentioned, do not really understand the disparity that Bill de Blasio often spoke about.

So finally having a candidate like de Blasio that spoke about taxing the rich, that upper core of individuals that have made more money while the rest of us have made less, resonated with a large number of voters. As a result, Bill de Blasio came from behind the pack in the early Democratic primaries to become the Democratic choice for mayor in November and the rest is history.

Now the question is how long can our progressive mayor continue to promote his progressive agenda before that upper crust of powerful power brokers of this state decide to act? The bigger question is how long will the majority of the citizens, voters and non-voters of the city, wait to see the changes that they have been promised? Also in question, will this progressive change trickle down to areas like the Bronx where progressive politics have been lacking? God knows the Bronx needs more than "progressive" we need downright "revolutionary" politics.

In the meantime, we should all continue to organize in our communities to make our lives and that of our families better. Congratulations to all those responsible for forming the new political club in the South Bronx, the Bronx Independent Progressive Democrats. We also need to be ready to support our mayor and any other elected official who promotes a progressive agenda. We should all continue to organize to hold all of our elected officials accountable when they veer off the new agenda in our city that is to make a better quality of life for all.