January happened to be quite hot. At least 12 people in Russia lost their jobs during that month because they collaborated with me. One new theatre performance I took part in was withdrawn from the stage after the first run. They thoughtfully expelled me from another one well in advance.

Seven artistic groups refused to participate in a recently presented anti-corruption musical video ("Chaika") by Pussy Riot because they were afraid of possible political consequences. Another dozen close acquaintances of mine belonging to the musical and theatre environment just lifted their hands in dismay and said: "Nadya, you're nuts. These days it's impossible to find people who would not be scared to work together with Pussy Riot. Nadya, you're an official 'public enemy' -- don't you know that yourself?"

Sure, I know. Not a big deal, I'm pretty used to being slapped by life. This time I can survive, too. I'm still smiling and laughing out loud.

In Stalin times, children of political prisoners that were labeled as "enemies of the people" or "public enemies" in international terms, gave up their parents because it was deadly dangerous to be so closely related to such people.

On New Year's eve, I was extremely lucky to meet a fantastic group of artists and brave women. I discovered director and choreographer Vika Narakhsa, a resident of Moscow's Meyerhold Theatre center.

We began rehearsing January 2. We voluntarily put aside New Year holidays, ran around with irons and ropes, and practiced that horrible neo-Nazi prosecutors' dance.

Vika Narakhsa, our director, invited me to play a piano piece on the opening night of her hip-hop opera, "Tarakanishe" ("Cock-the-Roach"), which she was preparing along with our video and which was to be released January 12. Coincidentally, I happened to be the only person within easy reach who could quickly pick out a song and play it on a piano. The composition was a famous romance by Leonid Utesov, "I Have a Heart and My Heart Has a Song..." 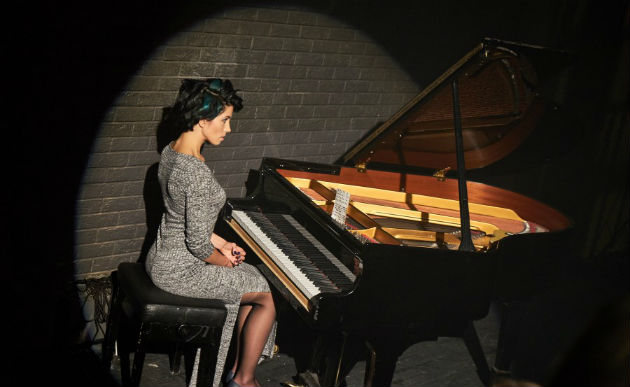 "Tarakanishe" was produced after a fairy tale in verse for children written by Korney Chukovsky in 1921. The story tells us about a dreadful cockroach that seized power over all animals and makes them his slaves. 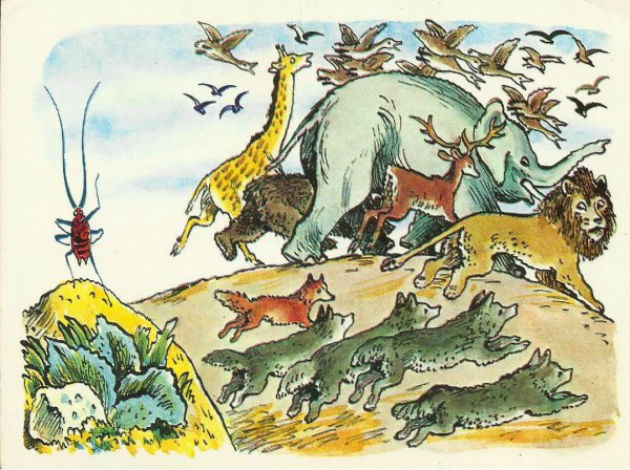 Here are some lines from it: "Bring me some progeny of yours, you animals. I will have them for dinner tonight." "So they sit and shiver under the bushes, hide under green hillocks. All you can hear and see is the chatter of teeth..." At the end of the fairy tale, a varmint sparrow comes and eats the giant cockroach. "Tarakanishe" managed to survive even the Stalin times and all Soviet epochs, even though the the mustached cockroach's resemblance to Stalin was obvious to everyone.

On January 12, "Tarakanishe" was performed for the first time, and it was a total success. I really saw people's shining faces. A hip-hop musical is swinging stuff. Many asked when the next performances would take place. Well, there will be none. At least in that theatre. But not by the artists' choice, rather due to political reasons.

Next day after the premiere, "Tarakanishe" was banned from the stage. The artistic director of the Meyerhold Center was given a clear hint that that performance was considered to be "too political." Better to be on the safe side. Vika Narakhsa, the director, was informed that she and her actors are to be expelled from the theatre, and that the play will never be shown again for the following reasons: 1) The cockroach looked too much like Putin, and 2) Tolokonnikova playing the grand piano gave the performance a flavor too political to be allowed.

My country is placing me in a position where I become a hurricane blazing through everything in my path. Just one month passed by and dozens of people lost their jobs, were told off by their bosses, got reported on. Now they are all unemployed. That makes me even more grateful to them; to everyone still staying by my side and feeling convinced that together we can overcome everything. 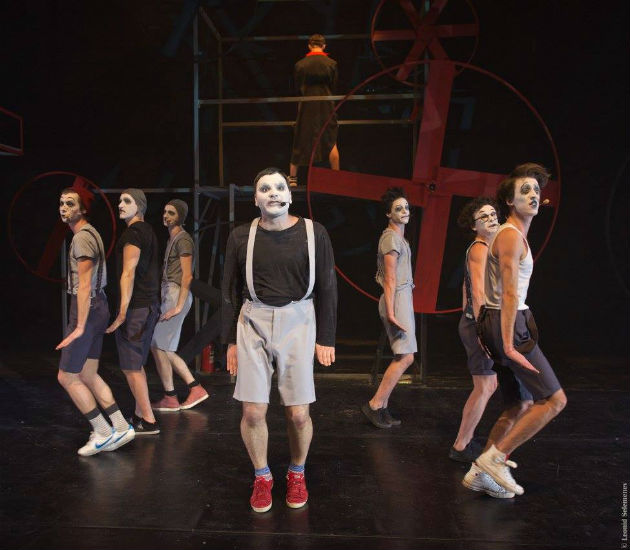 Shall I shut up not to bring problems to my friends? Shall I stay alone, shall I stop dragging people inside my artistic circle, and just put up with isolation? Now I'm facing the same ethical dilemma that I had in the time of my imprisonment. There in the penal camp, people also got punished for communication with me. However, finally I decided that as long as there are people ready to take my side and stay with me to the last, there we will stand.