In a recent discussion about religious freedom, I helped students explore the hidden dissonance of different forms of identity. The many hats we wear and aspects to our identities as we live our lives can sometimes be compartmentalized, but the major markers of who we are cannot. One's age, ability, gender, sexuality, race, and faith are among those that permeate the barriers of the realms we are known in and traverse the lands and highlights of our resumes. These aspects of ourselves define who we are in the world. Many of these can coexist with one another, yet each deserves its right to be protected. 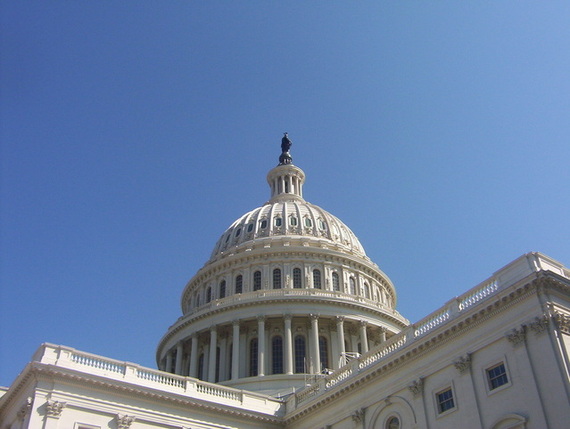 Our government has rightly seen fit that our society should be protected from discrimination on the basis of any of these Protected Classes. However, there have arisen certain times when a protected class may come up against another protected class and we have to ascertain who is more right. Who is more protected?

We have seen cases of different types fly through our media outlets. Some of these cases are not as strong as others, or could be reduced by the Free Market. Debate is difficult for a Christian baker who does not want to make a cake for a same sex couple. Does their religious belief transfer to the products they sell? It is even more difficult for something someone could get nowhere else, such as a driver's license or a marriage license. A woman who needs to wear a headdress but needs her photo taken for a license has no alternative place to go. A couple that wishes to marry can only go to one place and person to obtain their marriage license in their area. Can a public office that serves all reflect the beliefs of the person delivering the services?

But the difficult situation that I want to focus on is even more specific. When there are two protected classes that both have a right and access to the same service. When California Gov. Jerry Brown signed bill AB1266 in 2013 to allow students of California schools to be able utilize whichever restroom they desired based on their self-professed gender identity, and likewise be able to participate in sports of either gender, there was of course, pushback from conservative citizens of the state, many of which are still attempting to repeal the law, or have it on the ballot for 2016 to vote upon. But there is a difference in those who are uncomfortable with gender mixing or who propose scenarios of fear and those whom adhere to strict religious observance. 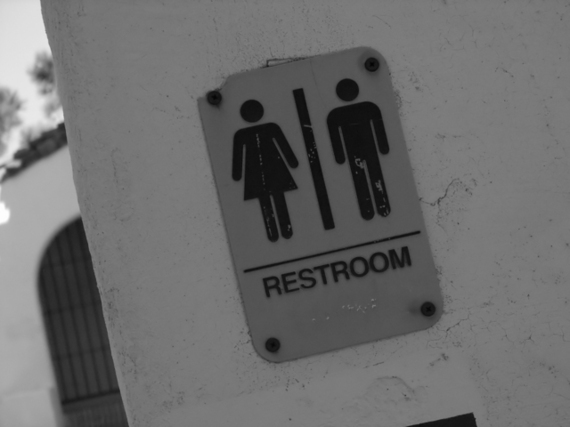 When these restrooms, locker rooms, or sports facilities are utilized by students of other genders, or non-gender conforming identities, religious conservatives are at odds with their faith requirements, not only personal preference. If one were an Orthodox Jew, a Muslim, or Conservative Christian, one would not be able to use the same services at the same time as someone of a different gender than themselves. As a student, these are limited outlets for use of locker rooms, swimming pools, and sports fields/courts that they cannot choose alternatives of. When faced with these obstacles, many of the faithful I have personally encountered will not protest or sue, but would rather abstain. Despite their need or desire, they, for observance of their faith, will go without.

When pressing further, they are not angry or spiteful towards others whose lifestyles are different than their own. Rather, they are supportive of rights and people being able to express them. These socially conscious and loving souls are not out to limit another, they simply desire to observe their own faith and beliefs and live them out as needed. They are not trying to press their beliefs on another. But this begs the question, which is more right? Who needs to be protected here? Neither is wrong, and neither is right.

Of the protected classes, religion is the only that can have a comment on another of the protected classes. While people may have their own opinions and preferences, in general, age does not have something to say about race. Sexuality does not have something to say about ability. But religion is different. Not only is it a core part to whom a person is, but it also permeates all aspects of a person's life. How one interacts with anyone can be dictated or limited by their faith. Interaction between genders (touching or not), or even being seen dressed in certain ways or in certain contexts can be limited by one's faith.

Does this make religion the only protected class that could be aggressive towards another? Is this really aggression or is it simply the faith tradition being allowed to express its beliefs in honest fashion? When we think in terms of catchwords like diversity and inclusion, we have to be aware of these nuances. Are we truly being inclusive if our actions alienate another? Is there a better solution or a middle ground? Can both be right for once?