With sultry singer Rihanna's new video tease out for her latest single, "American Oxygen" looking a lot like a not so subtle tribute to Bruce Springsteen's iconic "Born in the USA" album pose, could the Barbados born beauty secretly be a big Bruce Springsteen fan?

If you're still not convinced, one of the tracks on her forthcoming album is entitled "Dancing in the Dark." And while it's not a cover, nor does it share any similarity to Springsteen's 1984 release, have you ever heard of another "Dancing in the Dark" song?

Speaking of the much covered single, if you haven't seen the enchanting Morgan James and her soulful version, please allow yourself five minutes to indulge.

Reigning teen queen Taylor Swift occasionally covers "Dancing" in concert, and once, temporarily inked her arm with lyrics from another one of Springsteen's '84 rockers, "No Surrender."

Another spirited female musician with more than a passing fancy for The Boss is 2015 Grammy nominated saxist, Mindi Abair. The Florida native told Jazz Times "If given the chance to bring Charlie Parker back from the dead and play with him or to play with Bruce Springsteen, I'm probably the 1 percent of sax players who would say Bruce. But that's what makes the world go 'round."

Actress and star of Syfy's Continuum, Rachel Nichols, has been seen, on more than one occasion, by this writer, swooning to Bruce in concert. She's also tweeted out photos of herself donning Springsteen gear.

Count legendary singer Ronnie Spector as another one who looks fondly at Springsteen, telling MOJO magazine earlier this year that Bruce (along with Steven Van Zandt and Southside Johnny) "saved me." Struggling to put her life back together after her bitter divorce to Phil Spector in the 70's, Bruce (and the guys) gave her an opportunity to perform and record together. Bruce introduced Ronnie on stage as the girl he always wanted to marry. In 1976 Ronnie sang her signature song, "Be My Baby," live in concert, alongside Bruce and the E Street Band.

Jennifer Lopez appeared quite happy to be Jenny by the Boss in a recent photo.

Rocker Melissa Etheridge, who's admitted Bruce taught her "how to dream," paid tribute by intentionally writing a Bruce inspired song for her latest album, "M.E." Springsteen's influence is felt immediately on "I Won't Be Alone Tonight."

Australian's award-winning singer/songwriter Kasey Chambers says her 2015 APRA nominated song of the year, "Bittersweet" came about because she had a dream one night where Bruce was her boyfriend. Keep dreaming Kasey, The Boss is still happily married to American songstress, Patti Scialfa.

Many people unfairly associate Springsteen only with the working man or a man's only musician -- that couldn't be further from the truth. Sure we know all too much about The Boss bromances of Jimmy Fallon, Brian Williams, Matt Lauer, Eddie Veder, Bono, Steven Spielberg and Tom Hanks; but clearly, women admire The Boss too -- and it's not just because he looks great in a pair of blue jeans. 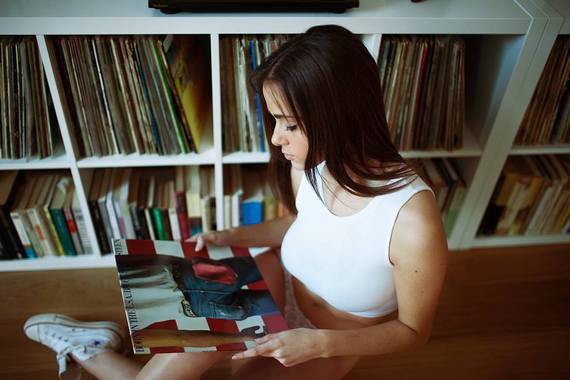 Bruce came out with "Crush on You" in 1980 on his double album, "The River"...seems as if some famous ladies of today are the ones with the crush on him.