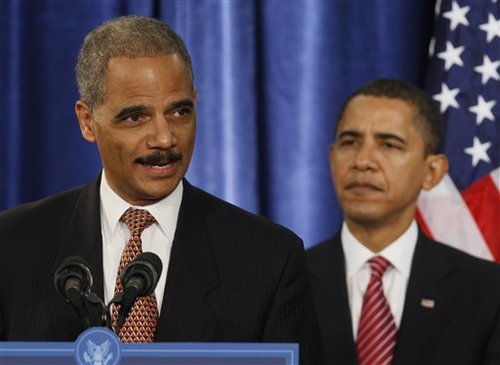 Today, U.S. Attorney General Eric Holder, in his video speech of the week, has said that federal drug sentences are too long, and that he is hiring a dozen attorneys to process the applications for presidential commutation of sentence that he anticipates coming from thousands of federal prisoners. This is wonderful news!

This follows the action of the U.S. Senate Judiciary Committee on Jan. 30, 2014, reporting S. 1410, the Smarter Sentencing Act, which shortens the mandatory minimum sentences for drug offenses that Congress enacted in 1986. Over 20 years ago, in Appendix G to this report, these sentences were labeled "manifestly unjust" by groups of federal judges. Since then they have been condemned as unjust by the American Bar Association, civil rights groups, and numerous religious denominations.

In 1986, I was counsel to the House Judiciary Committee charged with developing this law and I saw firsthand the political games and policy mistakes that went into these sentences. Lawmakers intended for the long sentences to punish major traffickers, but the core of Congress's mistake was defining major traffickers by using ridiculously small quantities like 5 and 50 grams of crack cocaine or 500 and 5,000 grams of powder cocaine when the traffickers they had in mind arranged multimillion-gram shipments of cocaine to the U.S.

By 1986, the total federal prison population had grown to 36,000 from about 24,000 prisoners where the population had been largely stable from 1940 to 1980. Largely because of long sentences enacted in the 1980s, the population was reported to be more than 216,000 prisoners on April 17, 2014, 100,000 of whom are drug offenders. The annual appropriation for the Federal Bureau of Prisons has skyrocketed by 1,360 percent from $0.5 billion in FY1986 to $6.8 billion for FY2015. Policy analysts across the political spectrum have concluded that there is little marginal benefit from extraordinarily long sentences. Repeated studies by the U.S. Sentencing Commission have revealed, notwithstanding the intent of Congress, that the overwhelming majority of federal drug offenders are low-level offenders. And finally, the shocking racial disparity among those sentenced for federal drug crimes (each year three-quarters are black or Hispanic) has disturbed almost everyone who looks at the data. These factors are behind the bipartisan drive to reform these unjustly long sentences.

The New York Times published an editorial praising these bipartisan efforts. The Washington Post followed shortly. Both papers pointed out that among the problems in our current policy, too many low-level dealers (including first-time offenders) get mandatory minimum sentences. Almost no one in Congress in 1986 intended for low-level, non-violent first offender drug dealers to go to federal prison for life, for 40-, 30-, 20-, 10- or even five-year terms without parole. The paradigmatic drug traffickers that Congress wanted to punish were the leaders of the Colombian cartels who had been slaughtering Justices of the Colombian Supreme Court, Attorneys General and candidates for President. Congress intended the long sentences to encourage a focus on major traffickers. Congress's mistake -- in which I was directly involved -- was picking small quantities. Unfortunately, for more than 25 years, the Justice Department leadership -- no matter the party of the Administration -- has tolerated the prosecution primarily of mostly relatively minor offenders by U.S. Attorneys around the nation. It is not clear that Attorney General Holder has fixed this, even as he supports reforms of the U.S. Sentencing Commission and Presidential commutation of sentence for those whose sentences are now deemed unjustly long. 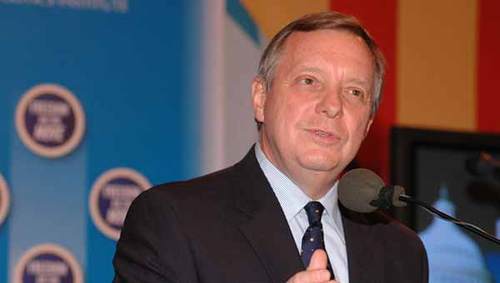 I have been seeking reform of sentencing policy and drug policy since 1989, when I left the staff of the House Judiciary Committee. The reforms being considered by the Senate are welcome, important, and overdue. However, it is fascinating to me that, with the exception of Senator Dick Durbin, few are talking about fixing the law to actually target high-level traffickers. Raising the quantity triggers (the amounts of drugs needed to qualify for a mandatory minimum sentence) should be the heart of the reform -- if we want the federal enforcement agencies to play a meaningful role in protecting the public from the truly dangerous drug traffickers. How law enforcement agencies might effectively fight and prosecute high-level drug traffickers is no longer central to the public discourse. From the public perspective, the goal of drug sentencing reform is to solve the problem of "punishing low-level drug dealers too severely."

Almost no one is talking now about changes to make the existing drug laws actually work to control drugs. The new discourse is a tacit acknowledgement that the Controlled Substances Act is beyond repair as a mechanism to control the supply of drugs. This subtle change in the popular conversation about the drug problem, seen in conjunction with the evaporation of public support for marijuana prohibition, and a popular and official response to the opioid overdose crisis calling for treatment and the use of naloxone to save the lives, indicates that elected officials can re-focus our resources on treatment and prevention in a way that is sympathetic to drug users, and not fearful or hate-filled.