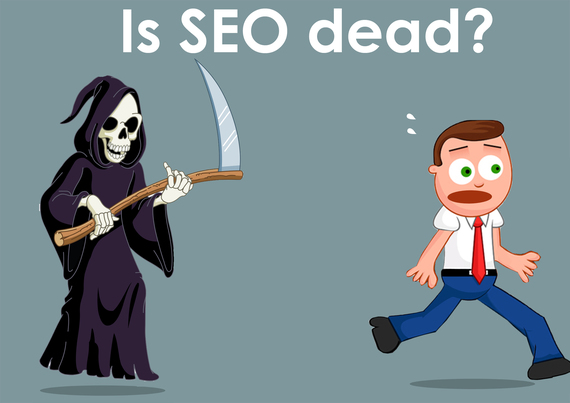 When the internet became publicly available to the masses in 1993, it took several years to achieve widespread adoption. Early technology companies like AltaVista, Netscape, Yahoo! and Google were quick to realize whoever was able to successfully organize the vast amount of data on the World Wide Web AND provide the most relevant results would quickly become immensely successful.

The obvious winner of that race was late-comer Google (1998) and has been dominating the search engine industry for years. Today, almost 2 out of every 3 online searches are made using Google, and it's been that way for quite some time.

The reason Google won the war was due to 2 primary reasons, which were its patented simple-to-use interface and its ability to provide its users with the best and most relevant information possible. Many experts agree Google's system is still the best at doing so.

Of course, companies and entrepreneurs alike were quick to realize that whoever could get their websites to show up for relevant queries on the 1st page of Google would generate significant additional revenue.

Thus, SEO, aka Search Engine Optimization, was born. Those companies that could optimize their website according to Google's search engine preferences, instantly discovered an immensely profitable new source of revenue.

So profitable, in fact, that Google currently generates over $100 Million dollars EACH day in AdWords revenue by charging companies to advertise on its search engine and its networks.

It quickly became obvious that most companies were willing to do nearly anything it took to win the "SEO" battle to gain a competitive edge in Google's search engine results.

As a result of this process, an entirely new service industry was spawned and thousands of companies began offering SEO services in an effort to capitalize on one of the biggest trends in the history of the internet.

As the industry grew, various SEO companies developed their own proprietary software, tools, and systems to influence Google's search engine results and many of them were successful and enjoyed a period of great profitability.

However, over the last few years, Google introduced a "zoo of animals", like Pandas, Penguins, Pigeons, and Hummingbirds in a concerted effort to minimize the effects of spammy SEO efforts, like automated back linking, spun article content, and thinly-disguised pyramid linking schemes.

Many companies earning millions of dollars annually from implementing questionable SEO tactics were suddenly penalized by Google's algorithm, and their SEO-based streams of cash flow came to a grinding halt.

Some SEO experts say these algorithmic changes have been so effective that traditional SEO is now dead, or is at least dying. The days of using automated software tools to quickly build backlinks to boost your SEO rankings are just memories drifting away into oblivion.

Perhaps, one could argue that SEO can now be classified as a part of the "baby-boomer" generation of internet marketing? 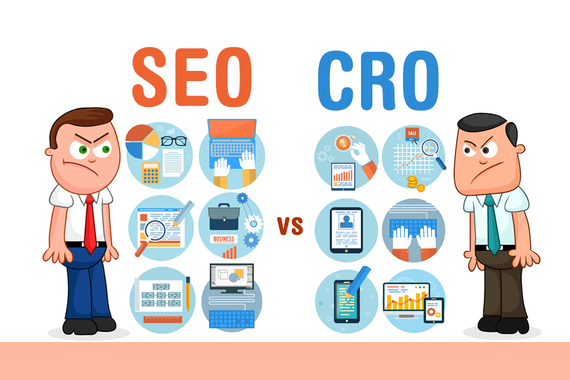 However, it appears there is a new kid on the block and many companies are allocating their marketing budgets to invest into another 3-letter marketing strategy... CRO.

Conversion Rate Optimization (CRO), as defined on Wikipedia, "is the method of creating an experience for a website or landing page visitor with the goal of increasing the percentage of visitors that convert into customers."

With CRO being one of the next frontiers in digital marketing, savvy companies are now utilizing a variety of technologies to enhance their website's ability to generate new leads and customers.

As a result, over the last few years, many reputable companies like ClickTale, Crazy Egg, Qualaroo, Ethnio, and Survey Monkey have introduced their products and services designed to enhance CRO efforts and website usability.

These providers have typically targeted enterprise-level companies and when you consider the various tools required for CRO success, it can add up to hundreds of dollars, if not thousands, per month.

For larger corporations, hundreds or even thousands of dollars per month isn't an issue. But for smaller, cash-poor companies and startups, it can definitely be challenging to allocate funds for these types of services in the company budget, especially when trying to stretch every dollar.

However, a new technology startup been working hard to solve this problem and has been disrupting the existing CRO and website usability industry. In fact, they plan on being THE disruptive innovation within the current conversion rate optimization realm.

Using a novel method of online marketing, Hotjar is on a mission to aggregate various CRO and usability tools into one easy to use software system.

The Hotjar SAAS could be labeled as the "Swiss Army Knife" of website usability. While most competitors in this space offer one or two applications, Hotjar integrates several applications to help convert more website visitors into new leads and customers.

Here are the key features that are already included, with more coming soon:

Most of the companies in this niche base their pricing tiers on the number of website visitors for a given month. However, using their proprietary technology, Hotjar is able to offer its users the freedom to use their software with an unlimited number of visitors for each website.

Additionally, HotJar has been able to successfully reduce the normal costs of using similar tools to less than $30/month. Rather than trying to explain, here's a picture worth 1,000 words:

Their application underwent a rigorous beta-testing process, with over 10,000 testers, and has continually improved and upgraded their system and features , based on the feedback of their thousands of users. As of this writing, CEO David Darmanin revealed that they currently have over 73,000 Hotjar customers, an impressive number for a company less than 2 years old.

David also shared that Hotjar's primary goal is to enhance a company's ability to create the best user experience possible on their websites, so that more people enjoy using the website and ultimately purchase products or services as a result.

So, how valuable is conversion rate optimization and web usability?

As just one example of how powerful CRO and web usability can be, an international, $25 Billion dollar company tweaked just one part of their website checkout process. Based on usability data, customer surveys, and user testing, the company discovered their potential customers didn't like one very specific part of the website's checkout process. By changing and testing the process, the company generated an extra $15 Million the next month in revenue and an additional $300 Million dollars over the next year.

Of course, not every company has that kind of resources and capital to see such grandiose improvements. However, Hotjar hopes to empower smaller companies with their suite of CRO and usability tools, so they have the best chance possible to experience improvements in their website's ability to generate more leads and customers.

As a way to help anyone improve the usability of their website, Hotjar is offering a free guide with a 9-step Action Plan on How To Optimize Your Website, so anyone can successfully implement CRO and UXO strategies into their website to boost performance. Hotjar intends to not only offer their Software-As-A-Service, but ongoing education on how to succeed, not just with their applications, but with other proven conversion and usability strategies.

Dobbin Buck, co-owner of GetUWired.com, an Infusionsoft expert and Guerrilla Marketing Master Trainer, had this to say about his experience with the Hotjar software so far:

"At first I was a bit skeptical that they could combine all of these different types of usability applications into one central interface, especially with an unlimited number of website visitors. However, having had a chance to use it with some of our clients, like Dr Daniel Amen's sites on brain health and healing ADD, we were very impressed at how well it worked and the data it provided. The best part though, is the iterative development process that Hotjar follows. They are not only constantly tweaking and improving the product based on their user feedback, they actually share their development roadmap with all the users, so we know what improvements are coming soon and we can be prepared to implement them into our clients' websites. To be honest, I feel like it gives us an unfair advantage over the competition."

Similar positive comments and feedback can be found on Hotjar's Twitter account. Here is one of the many Tweets made about their software:

@HotjarApps @daviddarmanin just want to say your on-boarding / training emails are excellent, some of the best i've ever seen. Well done!

So is SEO dead? Of course it is not! The SEO process simply continues to evolve. As long as search engines exist, companies will strive to optimize their websites to get the most traffic and visitors possible.

Yet, website traffic without conversions is a losing proposition. With traditional methods of SEO fading into obscurity, it has become clear that search engines like Google are shifting its focus more on user experience, rather than just backlinks alone, as indicators of authority and popularity on the web. 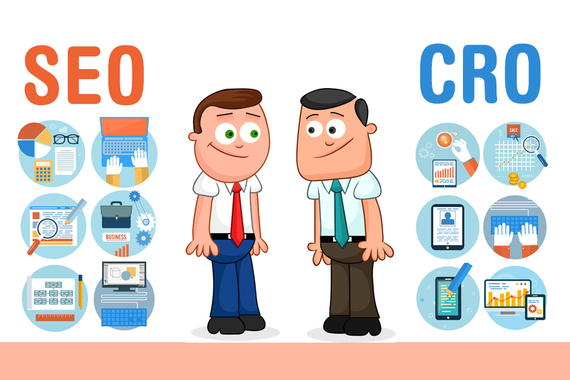 However, the fastest path to "optimization" and increased profits and growth will come from combining Conversion Rate Optimization, User Experience Optimization AND Search Engine Optimization as a part of an integrated marketing strategy. The smarter companies that implement all these strategies concurrently will enjoy greater success, growth, and revenue than those that don't.

Do you believe that SEO is dead?

Do you believe SEO has evolved and become more sophisticated? How do you think CRO and UXO will affect SEO and Google?
Love to hear your comments!

Disclosure of Material Connection: I received one or more of the products or services mentioned above for free in the hope that I would mention it on my blog. Regardless, I only recommend products or services I use personally and believe will be good for my readers. I am disclosing this in accordance with the Federal Trade Commission's 16 CFR, Part 255: "Guides Concerning the Use of Endorsements and Testimonials in Advertising."

Eric Christopher is an innovative & respected BIZ consultant. He is the CEO of BizFamous and Local Business Rockstar.