There's an infection called Hand-foot-and-mouth disease, which is common among young children and is caused by a virus. Lately, there seems to be another illness, Foot-in-mouth disease, that's been going viral, at least socially. The main difference between these diseases is that the latter seems to affect mostly adults, and more specifically, adult male scientists.

The most recent victim of this Foot-in-mouth disease is Tim Hunt, a 2001 Nobel Prize winner in Physiology or Medicine, for his comment about women in the lab.

His rather bizarre remark spurred a fury of backlash and some rather hilarious tweets by female scientists with the hashtag #distractinglysexy.

As mentioned in The Atlantic, Hunt's comment is just one of a recent spew of highly publicized instances of sexism in science, including a PLOS ONE peer-reviewer who suggested that two female researchers find "one or two male biologists" to co-author and thus "strengthen" their manuscript. 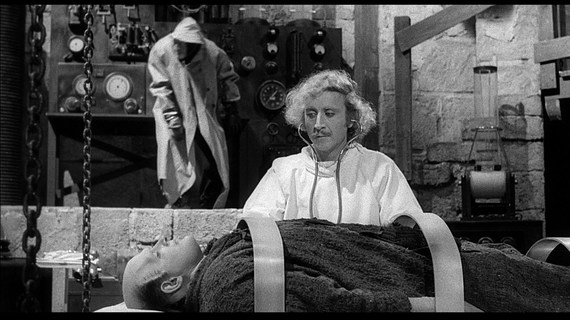 As a female in what's considered the brainiest field in medicine--neurology--I have personally encountered this sexism throughout my career. I've had male researchers call me "young lady", rather than Dr. Akhtar, in an attempt to denigrate me, and more importantly, my opinions. One supervisor told me that I should consider pursuing a different course of study so that I would be seen as "more than just a pretty face." And these are just a few of my own personal experiences.

While individuals like Hunt may be outliers in the sense that they actually had the audacity to publicly express their backward views in this Twitter-trigger world (seriously, don't they know by now??!), my own experiences and these examples suggest that sexist views in the sciences are widespread.

However, as clearly sexist as these comments and behaviors are, I think that these cases represent something that goes beyond sexism. I think they are rooted in an "ism" that is far subtler and far more dangerous--paternalism.

The sciences, particularly the biological and medical sciences, have a long history of paternalism. Doctors and scientists, for example, traditionally treated patients and others as less than capable of making informed and rational decisions. Rather than seeing patients as partners who should be permitted to make decisions based on their own values and preferences, doctors often withheld vital information or coerced patients under the guise that doctors knew what was best.

"Trust us", was the scientific world's philosophy, "we know what's best for you." Scientists put themselves in a special category, the elite and intellectual, who were immune to outside criticism from others who were perceived as ignorant.

Because of improvements in medical ethics over the past thirty years, we tend to think that this paternalistic attitude no longer or minimally exists. However paternalism in science is all too alive and healthy.

Women, members of minority races, and the non-scientist public have traditionally been viewed as the outsiders in the predominately male and Caucasian Western scientific world--and I think that they still are. They are the "others" who benefit from the "authority" and "rational" mind of scientists. I believe that this "trust us, we know what's best for you" attitude is at the root of many of the examples we lump as sexism.

The supervisor who tried to convince me to follow a different career path was providing what he thought was valuable guidance and he believed I should defer to him as an authority. The PLOS ONE medical reviewer probably thought he was giving sage advice to the female investigators who, in his mind, needed the assistance of a rational, male mentor. Tim Hunt's comment about women in the lab and his advice for single-sex labs suggest that he believed he was offering sound advice for female scientists.

To demonstrate the dangers of this paternalistic behavior, take a different, but equally bizarre, case that also recently came to light.

Dr. John Henry Hagmann, a former U.S. Army physician, found himself in the spotlight for allegedly requiring his students to perform invasive medical procedures on each other.

His company, Deployment Military International, has received more than $10.5 million of taxpayer funds to train military personnel and others in operational medicine since the year 2000. According to an investigation by the Virginia Board of Medicine, Hagmann instructed trainees to perform medical procedures such as genital catheter insertion, penile nerve block, and shock labs, in which he withdrew blood from the trainees, monitored them for shock, and then transfused the blood back into their systems.

These allegations follow years of complaints about Hagmann's training courses in which, as this video shows, live animals are taken into the woods, brutally shot, and ripped apart for military drills, even though superior simulation methods exist.

Hagmann readily dismissed the allegations and said they were "amplified by animal rights advocates or those with an anti-military agenda." Additionally, Hagmann said that his trainees are "students", not "patients", as the Virginia board calls them, and therefore he may have them perform procedures on one another as part of the educational process.

Hagmann believes his practices are important, ethical, and not to be questioned--attitudes very much aligned with the worst aspects of paternalism. Of course paternalism is linked with sexism (it's not called maternalism for a reason), but I believe that paternalism is much more troubling than sexism as the former frequently leads to extremely unethical practices.

As we have seen with past examples like the Tuskegee experiments, paternalism is dangerous because when we default to blindly trusting scientists as "authorities", abuses will happen. Sure scientists are educated in their respective fields, but we should not assume that they are without biases and blind spots. After all, "father" does not always know best.