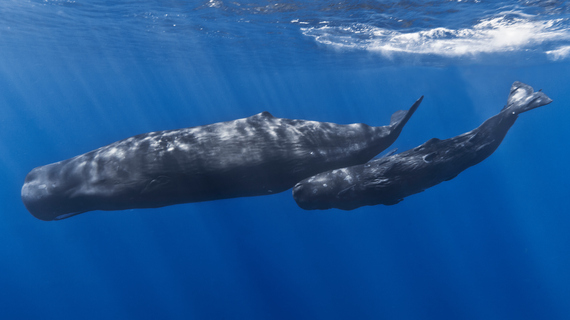 Is the way whales "sleep" putting their lives at risk? It's possible, according to the Daily Mail.

Apparently, there's a growing trend of tired whales getting caught in shark nets while they engage in "sleep swimming." The Daily Mail describes "sleep swimming" as a process where the whales are at rest, but continuously moving through the water while they're not fully conscious or paying attention to their whereabouts.

Matt Collis, the policy and campaigns manager at the International Fund for Animal Welfare, told the Daily Mail that shark nets are blocking whales during migration season.

"Obviously whales have to rest on their migration, so what we call 'sleep swimming' might be when they're paying less attention and they're close to the surface, so that could be the situation where they're more likely to get entangled," Collis said.

But is "sleep swimming" really the reason why the whales are getting entangled? As Van Winkle's has reported, the sleep habits of aquatic creatures are still very much a mystery.

"I am not aware of any evidence that whales sleep while swimming," Phillip Clapham, leader of the Cetacean Assessment and Ecology Program at the National Marine Mammal Laboratory, told Van Winkle's. "Indeed, in 30-plus years of working with humpback whales, I have never observed anything that would lead me to believe this."

According to Clapham, when humpbacks sleep, they're pretty much motionless -- either at the surface (a behavior called "logging," because they look like floating logs) or underwater.

Sleep in whales is not well understood, Clapham says, but it's possible they engage in a process that's similar to dolphins who, like whales, are "voluntary breathers." Dolphins sleep by shutting down one half of their brain at a time. During these periods, they swim slowly, rest at the surface or rest on the bottom.

"It is very likely that big whales, like humpbacks, do the same thing," Clapham said. "But for obvious reasons -- you can't hook up an EKG to a whale -- no one's ever demonstrated this."

Clapham says whales become entangled in fishing gear routinely all over the world. But is it because of "sleep swimming?" That can't be proven just yet.