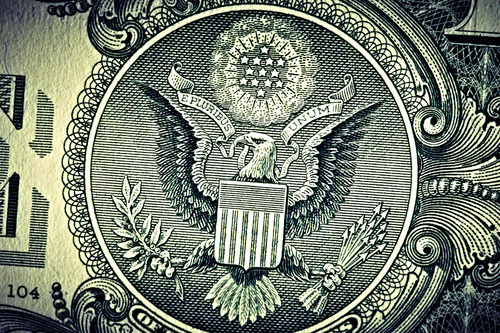 You've undoubtedly heard this question asked - maybe you've even participated in some discussions on the topic. So is Social Security really going bankrupt?

The answer to that question might depend mostly on your personal circumstances. If you are currently relying on Social Security income, or you will be in the next few years, it's a question you don't even want to entertain. But if you're many years away from retirement, it might be a foregone conclusion that it won't be there when it's your turn.

But is that even true?

Social Security Has Some Serious Flaws

Whether or not we believe that Social Security is actually going bankrupt, there is no debate over the reality that it faces serious problems. Even the Social Security Administration itself acknowledge this, through its Status of the Social Security and Medicare Programs A Summary of the 2014 Annual Reports. Simply put, the program faces limited funding at a time of seemingly unlimited demand for benefits.

The retirement of the 76 million-member Baby Boom Generation is only the most obvious problem. But less discussed is the fact that Social Security Disability benefit payments are increasing rapidly.

We are now fast approaching the unsustainable reality that there are barely two working people paying taxes to support the benefits being paid to each Social Security recipient. As that equation continues to deteriorate, the situation becomes increasingly unbalanced.

Congress has two unsavory choices: raise Social Security taxes, or cut benefits. Neither option is likely to get anyone reelected. That largely explains the political paralysis in dealing with the system's structural flaws.

The Political and Marketing Angles

Apart from fears of public backlash at the polls, politicians can also turn the Social Security dilemma into a form of reliable political gain. All a politician needs to do is to convince the public that his opponent intends to destroy Social Security, while he himself stands as one of the system's few tireless defenders.

And politics aside, the financial industry stands to benefit from the hysteria as well. Public fears over the annihilation of Social Security makes for excellent marketing fodder when you're trying to hawk retirement plans and other investment products.

Is it any wonder that the bankruptcy of Social Security is considered to be all but a done deal by so many millions of people?

So what's the reality? Can Social Security actually go bankrupt?

Let's consider the reasons why that outcome is so unlikely:

The US Government has too much incentive to keep the system from collapsing. It also has a number of potent options to prevent it from happening in the first place.

Based on the current actuarial course of Social Security, we should fully expect some sort of reduction in benefits. Exactly how that will play out will depend upon how the government responds to the problem.

On the revenue side, the government can raise payroll taxes, borrow to cover shortfalls, or print money to keep Social Security checks going out. On the benefit side, they can reduce benefits or raise the retirement age.

Based on those options, we can expect Social Security benefits to be negatively affected in any one or more of the following ways:

It is those outcomes - not a literal bankruptcy of Social Security - that we should all be preparing for.

Since it is almost certain that Congress will do nothing to remedy the Social Security problem, particularly in any election years, we must do what we can to prepare for less Social Security income.

We can and should do one or more of the following:

Save as if you're life depends on it - it just might some day. Saving 10 percent of your paycheck into a retirement plan might not cut it with a reduced or delayed Social Security benefit. You may need to save considerably more, and even save money outside of a retirement plan.

Get out of debt. Any debt carried into retirement will represent a major drain on retirement resources. Paying off debt is a major step in the direction of lowering your cost of living. It also relieves the kind of stress that you don't need to be carrying into retirement.

Develop a post-retirement career or business plan. Each of the potential negative outcomes for Social Security can be more or less severe. In the event that it is on the higher end of the spectrum, you may very well need to consider supplementing your retirement income with some form of earned income. This doesn't mean you have to continue in your current job, but you may want to work on building a post retirement career or business, doing the kind of work that you've always wanted to do. This can also be an all-important income supplement to buy yourself time until some form of permanent fix is developed for Social Security.

Social Security isn't going bankrupt, at least not in the sense that we normally understand bankruptcy. But it is due for some kind of major haircut - and that's the scenario we all need to be preparing for.

PAID FOR BY AT&T
Home & Living