Our treatment of animals may in the future help shape relationships between peoples as much as with such creatures. Religion and culture may play role in developing new standards that define "animal welfare" and their humane treatment, and perhaps the future of broader "animal rights," as it has up to now frequently been employed to rationalize their exploitation, method of killing and consumption of food. In turn, this also helps define the relationship between cultures and tolerance and pluralism within societies. Finding common ground may help our civilization evolve in both the way we see animals as well as the differences and shared values between peoples. "Will Animal Rights Become the next Human Rights" already glimpses the current and future discussions/debates emerging at the United Nations and other multilateral arenas.

The debate regarding kosher and/or halal killing of animals has driven a wedge between the notions of pluralistic, tolerant societies and humane treatment of animals, in effect human versus animal rights. However, in many ways, this debate may also be about the polarization of views rather than the overt topic. While Abrahamic traditions may differ slightly, the killing of any animal must be done only for consumption (and/or protection) and should be done only in the most humane manner. Slaughter traditionally has been considered most humane for the animal and/or most healthy for human consumption. The prayers recited before killing are no different than the acknowledgement by Native Americans and many other indigenous groups that animals are not humankind's to exploit at will. Indeed, the notion of unbounded exploitation of the earth as well as animals is only more recent as some have in my view for profit sought to pit the interests of man versus that of other life and indeed all of the earth. For those who claim to be believers, I would propose that the taking of any animal life, both in manner and as to whether or not should reflect the latest science about what is most humane and least harmful to our shared earth. Tradition/ritual may overtime become outmoded and our intellect via science may direct a perspective even more in line with a Supreme's guidance. While I do not claim any authority to guide "believers" of any religion, I would only propose that such faith may guide us to look beyond current ritual but also to the purpose behind it.

"Hunting for Sport is a Sin"

In a search for some consistency in ritual and purpose, I consulted with an Islamic scholar on hunting. I directly asked whether hunting for sport is forbidden. His answer was an unequivocal "yes." Taking of any animal life unless for food or protection is not sanctioned. Hunting has evolved along with man as manner of feeding one's family or society. However, this is no longer part of human necessity, regardless of whether we view hunting as a more noble activity in the past. The more complex issue may be whether hunters who consume their prey are sanctioned in the killing. However, I would suggest that we should not evade the difficult question whether such hunt is motivated by the need for food or desire for some notion of sport. Taking of any life should not be a pleasure, and it particularly should not be taught as such to our children.

A similar view of hunting appears to have originated in Christianity, at least originally.

A young Belgian nobleman, Hubert, in the seventh century was enjoying roebuck hunting when the roebuck suddenly turned towards him. A light appeared from the horns in which the centre emerged into a cross. The hunter heard the voice of Christ speaking to him through the roebuck, 'Hubert, why are you hunting me?' After this phenomenon, the nobleman became a bishop and gave up hunting. The Church declared him a saint on the 3rd of November. In many parts of Europe this day is celebrated as St. Hubert Day which opens hunting season because Hubert, contrary to any logic, was accepted by hunters as their patron saint. The fact is that in early Christianity the believers were forbidden from hunting and keeping hunting dogs and falcons. Later on, these rules applied to only the priests.

This story was relayed by an animal rights activist from Serbia, Stevan Zivkov Andricin. 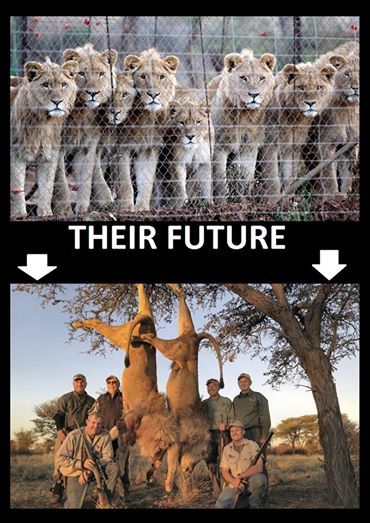 Such is not for food and the essence of it is to take a life for pleasure's sake (that is not ours to do with as we will.) I would suggest that it also turns something that may be sanctified under the most necessary of circumstances, our survival, into a petty sport. Of course, other examples may come into scrutiny, including fishing or the pleasure one might have in swatting a pesty fly. Killing potentially blood-sucking and potentially disease-carrying mosquitoes I would daresay probably falls into category of self protection, but how about ridding our home of pests such as termites or mice/rats?

Do Animals Have a Soul?

Undoubtedly, I'm influenced by my personal affinity toward all animals and affection for my pets - I see in them a spirit that goes beyond a merely aimless, instinctive being. It is a spark that implies an essence. Debating whether they have a soul relies upon a theological context that may differ from Buddhism to Hinduism to Christianity. As with the various Buddhist traditions, from Tibetan to Zen in Japan, Christianity also has its differences or ambiguity. For example, one of the most popular Catholic Saint events is associated with Saint Francis of Assisi and the "Blessing of the Animals" when many believers and non-believers bring their pets to church. Nonetheless, by and large, Abrahamic traditions do not associate a soul with animals. This has given rise to perhaps treating animals as less than, well, human! However, our commitment to animal welfare and/or rights should not be defined by the existence or lack of a soul. Many of us see in animals more than mere flesh, a spark, intelligence, even spirit that deserves our respect as individuals as well as species. Read the Ambassador's Cat.

Is Vegan a Religion?

While we may idealize nature, it does not offer a clear path to address intellectual or moral dilemma with regards to humankind's relationship with all animal life. Some more established religions advocate a vegetarian lifestyle, (but religious association does not necessarily translate into more respect or even humane treatment as some Buddhist-tradition countries as Vietnam, Korea, Japan and China have a poor recent record particularly as reflected in the sea mammals, dog and cat meat trade and its brutality.) There is also a rise in Vegan as a philosophy, even advocated with the passion of religious belief. Can it thou stand as foundation for a broad discourse on the human relationship with animals, (as much as personally I seek to incorporate a vegetarian diet)? As with more established religions, there are some fundamental contradictions: most notably that many animals themselves are not vegan. It is also a bit selective to state that only humans can be cruel and kill for pleasure. While animals are capable of evidencing great empathy within and among species, unfortunately they can be cruel and senseless in their kill just as humans. What sets aside humans from other potential killers is that we have the capacity to invent ever more barbaric ways of exploiting and killing, sometimes attributing it to tradition and on other occasion garnering some sense of superiority. What makes us superior is our intellect that should serve an ever more sensitive spirit to all that is part of our world. The killing of animals may be part of our history, but our intellect facilitates an understanding and means/technology that frees our future to new options.

Employing Intellect and Discourse to Liberate our Future?

We do not have to resolve deep theological differences to garner an ever more respectful culture of others, man and animal. Empathy for all living beings I have witnessed as translating into a broader respect for human rights and tolerance. In my last blog, I offered that the United Nations may become a forum for future discourse on "animal rights." The UN is already becoming such forum for a broad range of animal welfare issues from the humane treatment of farm animals to biodiversity and "crimes against wildlife." Religion may blindly cling to "tradition," even when in contradiction, or it can help lead into a greater sense of the oneness of the life and the responsibility that we all have to our earth, other persons, and living beings.

To the memory of our Cat "Mitzie" who overcame an ever-more consuming tumor in her fight for life and sense of being, our companion and family till the end.