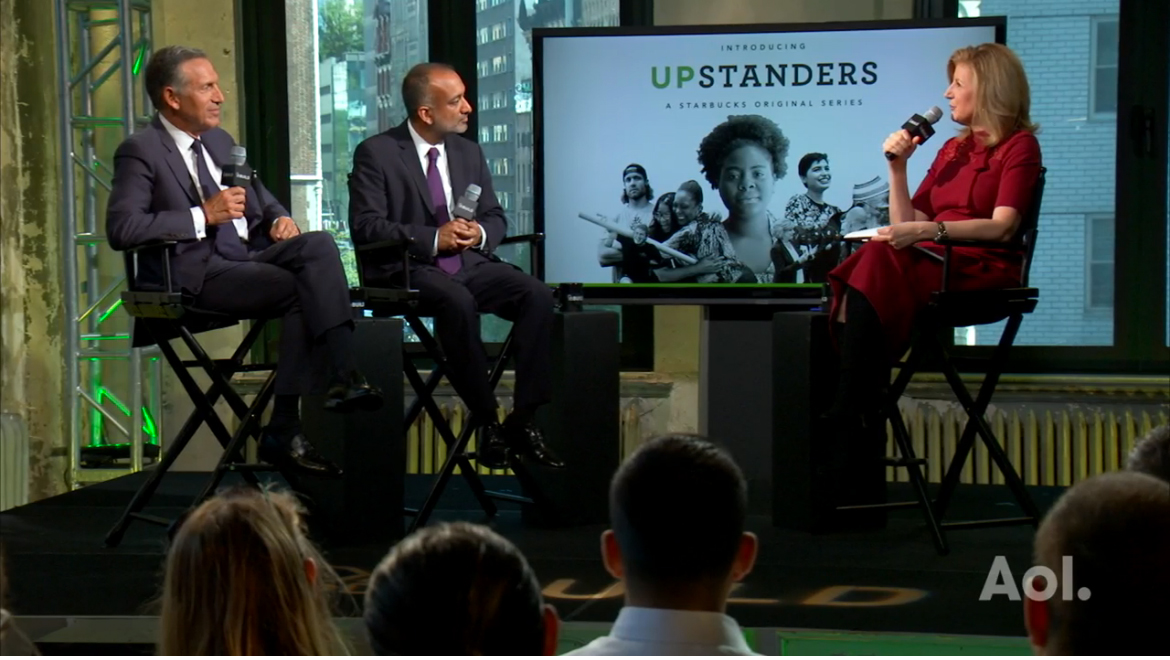 "#Upstanders speaks to the importance of citizenry" -Chairman & CEO of @Starbucks, #HowardSchultz on the new series. pic.twitter.com/AKf7sk1DnA

When Starbucks debut their mobile app, there was talk of them becoming a tech company. Their intention was never to become a tech company, just to become relevant. Investments in top tech was essential to communicate with millennials. The Starbucks app (the same one you use to order ahead/pay) will now include uplifting stories. "Howard and I have written essays, 5 minute mini documentaries, recording 10 podcast episodes, the first of which goes live today." - Rajiv Chandrasekaran.

Isn't this just branded content? Well, no. It's storytelling. This is not an initiative to say "look at the great products of Starbucks." "This is storytelling in the public interest."

How do they decide what makes a good story for "Upstanders?" Stakes. Each of the stories has a "choice" element in them. The character has to make a choice. The stories are also about an idea we can all learn something from.

"My favorite #Upstanders story is the one that was done in Baldwin, Michigan." -@rajivscribe #Starbucks #BUILDseries pic.twitter.com/sdyehdnn5H

Watch the entire interview at aol.com/BUILD.