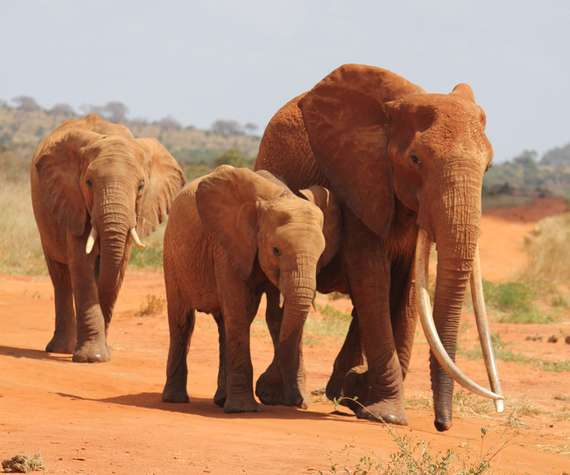 Back in February when Swaziland sold 17 formerly free-living African elephants to three U.S. zoos (Dallas, Omaha and Wichita), I made a phone call to the president of one of the United States' better zoos--a zoo not involved in this deal--asking if he thought it was OK to still be catching wild elephants for zoos.

Considering elephants' family bonds and the ivory-slaughter and encroaching farming shrink-wrapping elephants' world, the obvious answer to my question would be--no. But the Swazi government claimed that those 17 elephants would either have been "culled"--killed because the amount of land was judged insufficient--or sold to zoos. But how could I judge the Swazi government's claim? And couldn't they have been donated to a country whose own elephants had been massacred? Those questions prompted my phone call.

My friend the zoo president said, "It's important that governments not see export of threatened and endangered species as simply an available money-making strategy." (He spoke on the record but this topic is so touchy that sharing his remark is better than sharing his identity.) He implied that if this is a one-time thing, they are probably telling the truth. If it gets to be a habit, the government is simply looking for an excuse to make money selling off its wildlife.

We have an answer. Swaziland is now trying to sell rhino horns. Swaziland's anti-poaching body wants to sell the country's stockpile (about 700-lbs) of horns from rhinos that died and horns confiscated from poachers. It estimates it could make $10 million. (Though made of the same stuff as your fingernails, rhino horn is sold as a cure to cancer and other ailments, at nearly $14,000 a pound.) The government claims the money could help protect rhinos from poachers. 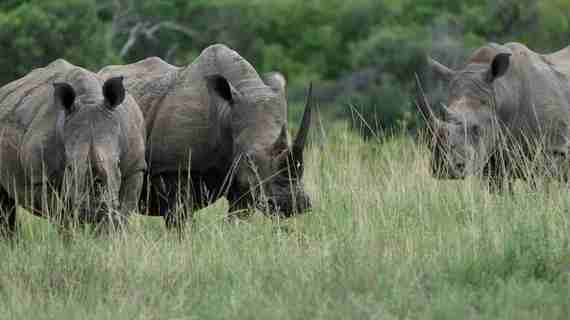 Sounds good but--. Any trade in rhino horn, elephant tusks (ivory), sturgeon eggs (caviar) or any insanely-priced animal parts creates temptation to corruption. A government that can make $14,000 a pound from something confiscated from poachers, has incentive to give poachers a slap on the wrist and send them right out again. If you're a wealthy wildlife criminal, you might bribe a guard with a key to the national stockpile. That's how elephant tusks from the national stockpiles of other countries find their way back into circulation. More than once, the exact same tusks that were found again in the hands of wildlife traffickers had previously been "safely" locked in government vaults.

As a child, I'd been thrilled by elephants at the Bronx Zoo. A city kid with no access to nature but strongly drawn to animals, we'd go to the zoo, the aquarium, the circus, and the natural history museum.

Decades later I've had the rare privilege of time in the presence of wild elephants, with the world's greatest elephant researchers and conservationists. I've seen how enchanting elephants are, how deep their emotional bonds to family members. I've written about it in my recent book, Beyond Words; What Animals Think and Feel.

So I couldn't bear the thought of capturing elephants who for many years--the Swazi captives range from 6 to 25 years old--had freely ranged their vast natal landscape with their family, other families, and friends. The basic unit of elephant society is the family. It's painful to even think about the disorientation and stress they would feel at finding themselves split up and cut off from one another among three different facilities.

Free-living elephants have two serious problems that are shrinking their ranges and numbers: they are being murdered for their tusks and they are being pushed out of their homes by expanding human settlements and farms.

Where there get to be "too many" elephants for the shrinking pieces of land they're increasingly confined to, they are often killed by farmers or wildlife managers. Is it better for them to be killed or taken from their families into a life of confinement? It's a horrible choice.

Just before I started working on Beyond Words, I spent several days at a zoo whose head elephant manager said that the elephant-keeping standards of the Association of Zoos and Aquariums (AZA) are set "low enough for circuses." He was disgusted by that. Famed elephant researcher Joyce Poole calls the AZA standards "lousy."

Dr. Poole wrote to me, "I have visited a lot of zoos and have yet to see a zoo that I felt met elephants' social, physical and cognitive needs. Even the most modern 'habitats' are awful and elephants stand around looking bored and sad and engaged in stereotypic behavior such as constant rocking."

The AZA elephant standards for captivity facilities include the following: Indoor space must provide "adequate room to lie down." Indoor space must be only 400 square feet per elephant. (That's 20 by 20 feet.) Outdoor enclosures should have at least 1,800 square feet (30 by 60 feet) for the first elephant and another 900 square feet for each additional elephant. It is "recommended" that the space per elephant should be "even greater." And yet, "institutions can petition for a variance from the current minimum indoor or outdoor space standards... Accreditation inspectors will take a holistic approach to accreditation inspections, rather than focusing on specific size measurements." And though the basic unit of elephant society is the female-led family, AZA standards say only, "Zoos should make every effort to maintain elephants in social groupings." And that's just a recommendation too, not a requirement. In nature female elephants live with their mothers for their entire lives, and males stay until they are teen-agers. Yet the AZA standards say, "The minimum age offspring must remain with their mothers is three years."

So much for the AZA standards. They're--yes--lousy.

Dr. Poole says, "The recent permission granted by USFWS for the import of the Swazi elephants will drive forward the continued capture and export of wild elephants to China and elsewhere in Asia. Bottom line is that elephants should remain in the wild." 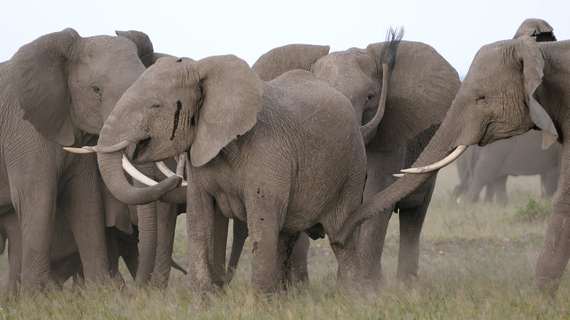 Africa's elephant population has fallen by perhaps half in the last decade--a catastrophe for the most magnificent, most long-loving creature on land. African elephants have lost about 90 percent of their natural range and about 99 percent of their numbers since Europeans first set foot in Africa. For Asian elephants the situation is worse.

We should not be catching elephants or killing elephants. We should be protecting what is left of them and their world. Our task now must be to stabilize their horrors and their future. Governments should be cooperating in all ways possible to protect elephants.

There is a lot to do.

What elephants need from people now is kindness. Kindness in the form of fierce, determined protection. What we don't need, and what elephants cannot afford, are more ways to drain them from the world. With so many elephants now in captivity and with free-living elephants now facing such difficulties, maybe one way to think of it is this: elephants belong where they are born. And wherever they are born, our job must be to help them, as best we can.

Support organizations like WildlifeDirect, Save the Elephants, Amboseli Trust, Elephant Voices, WildAid, BigLife, and many others. That's something you can do.

Carl Safina is the Endowed Professor for Nature and Humanity at Stony Brook University, where he co-chairs the Alan Alda Center for Communicating Science and heads the not-for-profit Safina Center. His most recent book, Beyond Words; What Animals Think and Feel, will appear in paperback in July.