The East African country of Tanzania has long been considered an island of stability where chaos appears to reign across the continent, and even its region of East Africa. But emerging concerns will test whether Tanzania can maintain this relative harmony over the next several years.

When I was invited to teach in Costa Rica, I heard it described as the "Switzerland of Central America," due to its political stability, commitment to economic fairness, and relative peace and tranquility within and beyond its borders. Could that description fit Tanzania?

Certainly most tourists find the landscape, flora and fauna to equal or even exceed Costa Rica's natural beauty. The safaris to Ngorongoro Conservation Area and the Serengeti are indescribable. You'll find Tanzanians as friendly as any other country's people. But there's more to Tanzania than what you'll see on a tour.

My visit to Tanzania covered the politics and the economy, not just the animal adventures. Like Costa Rica, there's political stability, in the form of an unbroken transition of power by the dominant CCM party, going back to the country's independence. A real, distinct opposition party has emerged, giving this African country's voters a choice. Unlike my experience in Turkey last year, Tanzanians weren't afraid to talk about politics.

Unlike many decolonization battles, Tanzania's freedom struggle was relatively peaceful, owing to its status as an administered international territory (from World War I) and TANU's commitment to participating in elections. The country remains poor, but has improved, thanks to an influx of tourism dollars from those incredible sights to see and experience. The commitment to economic justice and the environment and sustainable development and the strong emphasis on national unity has helped the country avert some of the internal bloody wars seen elsewhere in Africa.

But there's one way in which Tanzania can truly emerge as the Switzerland of Africa, or even the Costa Rica of Africa. It's having a truly democratic and free political system. Freedom House, a non-governmental organization, rates this country as partly free, and it didn't take long to figure out why. In meeting with members from the two leading parties, and talking with many Tanzanians, I found that there is work to be done for Tanzania. The country's elections are controlled by the ruling party's election committee, giving the CCM an unfair advantage. There were complaints that one is not permitted to criticize or joke about the ruling party in the media. 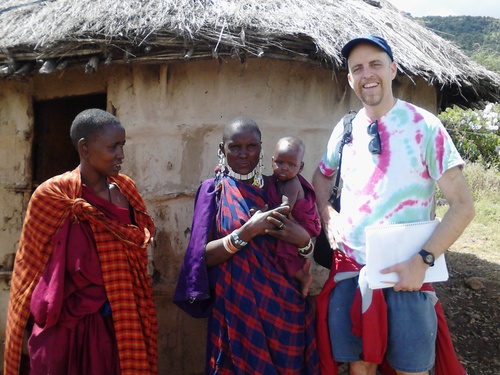 Activists from the famous Maa'sai tribe complained that they will be relocated (again) far from their ancestral homes. Tough law enforcement members worried about poaching and Chinese influence over the country. Even the location of the capital was in dispute, as textbooks will now tell you it is in Dodoma (where the National Assembly meets) "but as long as the President's residence is in Dar es Salaam, that's where the real power is" complained more than one member of the pro-business "Chadema" party, the opposition. 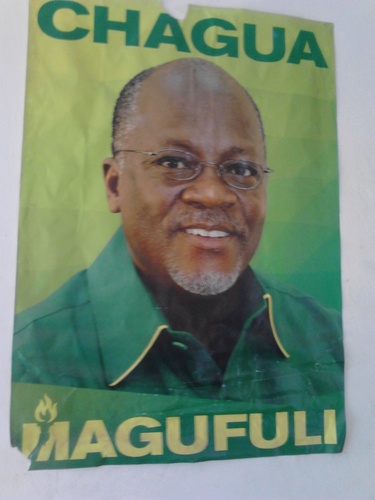 Photo of this political poster taken by the author.

But there is hope. Almost everyone I spoke with liked the current president, John Pombe Magufuli. "The Bulldozer," as he is known, has shown a commitment to education, development, and even a decision to critique government development projects, as he did in Arusha while I was there. Rooting out corruption and eliminating "ghost jobs," as the Tanzanians called them, has earned him applause from the people. The two-term limit installed after longtime first president Julius Nyerere stepped down, have been honored by his successors faithfully. And the country is one of several to allow the African Court of Human and Peoples' Rights to be a court of last resort, given problems with an independent judiciary most African nations experience.

Following through on those, and ushering in an independent electoral commission, plus provide balance in the balance of rights between the Maa'sai and the government could lead this East African country to truly become the Switzerland of Africa.