It takes balls to attempt to sell a single eggplant for more than $100, unless it's shaped like a large male sex organ.

The current bid is a whopping $101 and the auction doesn't end until Saturday.

The man, who asked not to be named, is selling the penis-shaped vegetable on behalf of his dad, who grew it at his home in Waikato.

"He thought it was hilarious, and my wife and I found it pretty funny, too," the seller told the New Zealand Herald. "It was a happy coincidence that the eggplant had that shape."

The lister plans to donate money from the sale to the New Zealand Prostate Cancer Foundation, in honor of a family friend who recently died from the disease.

The auction may bring a lot of money, but whether it's worth dealing with sarcastic questions like "Does it come with a curly black wig?" is a matter of taste.

Of course, phallic fruits and vegetables are a fertile source for weird news.

Last September, a San Diego woman learned the meaning of forbidden fruit firsthand when she got a shipment of produce that included this penis-shaped pear.

In 2013, Carole Collen, of Dartford, U.K., grew a strawberry that looked amazingly like a penis and testicles.

“It’s funny how a strawberry can grow like that, but I must admit, I did think it was a bit on the small side...not much to boast about,” she said, the Sun reported. “It would be nice if it grew a bit bigger.”

Is That An Eggplant You're Auctioning, Or Are You Just Glad To See Me?
Vienna Vegetable Orchestra 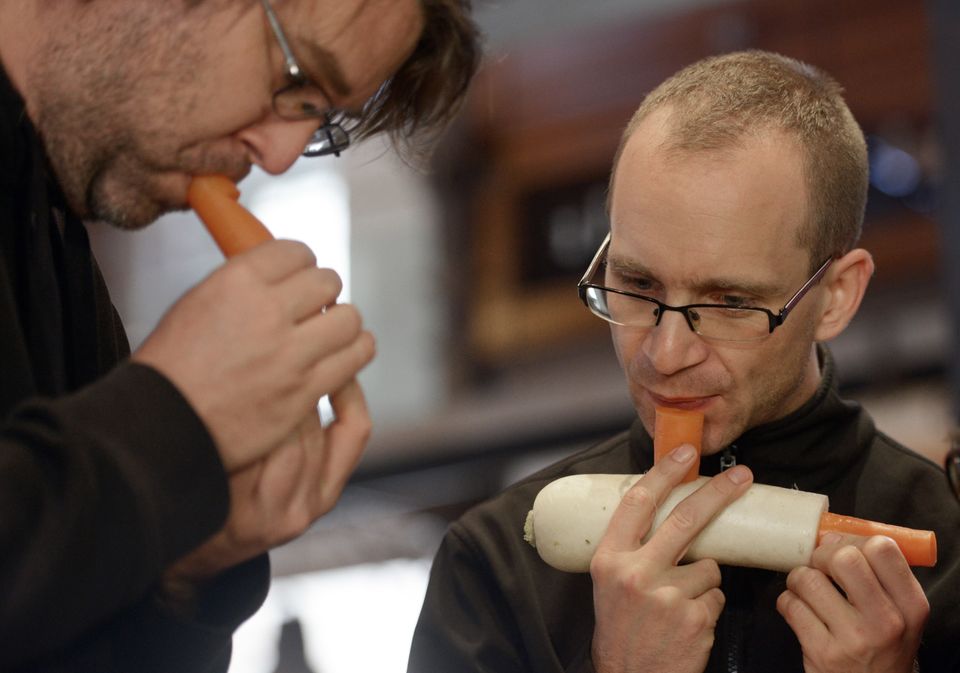 1 / 19
SPAIN-MUSIC-VEGETABLE-ORCHESTRA
Musicians of the Vienna Vegetable Orchestra who play music exclusively with vegetable instruments (carrots and cucumbers instead of guitars and drums) prepares their instruments before a concert for the 100th anniversary of the San Miguel market in Madrid on May 13, 2013 . AFP PHOTO / DOMINIQUE FAGET (Photo credit should read DOMINIQUE FAGET/AFP/Getty Images)
Getty Images