Those of us who grew up listening to the Beatles may take a deep breath when we overhear the grandchildren watching the colorful and charming new Netflix series Beat Bugs.

Beat Bugs, which drops Aug. 3, is built around five brightly colored cartoon characters -- Jay, Kumi, Crick, Buzz and Walter - whose adventures each incorporate some portion of a Beatles song. 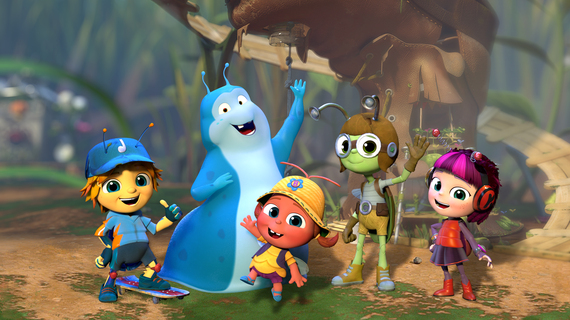 Don't expect "Happiness Is a Warm Gun" here. In keeping with Netflix's goal of covering the whole waterfront, Beat Bugs aims at the same very young demographic as, say, Dora the Explorer.

The songs aren't the Beatles recordings. They're redone with a contemporary sound by artists like Eddie Vedder, Sia, James Corden, Regina Spektor and Pink, who sings "Lucy In the Sky With Diamonds" for one early episode.

"Lucy" here isn't a sly joke about LSD. She really is a girl with kaleidoscope eyes, in a beautifully animated world where there's a boat on a river and cellophane flowers of yellow and green.

Each half-hour episode is divided into two 11-minute segments, meaning there will be two Beatles songs. The characters experience mild dilemmas, nothing that's apt to give young viewers nightmares, and singing is one of the things that leads to a soothing resolution, along with teamwork, generosity, friendship, ingenuity and the Golden Rule.

It's familiar contemporary children's television. It strikes no jarring notes and doesn't start to bring the troubles of the big old outside world into young lives at a time when parents would desperately like them to hold onto at least shreds of innocence.

About the only thing that would make Nana and Grandpa pause is those song lyrics that they first encountered in a rather different context half a century earlier.

Now hearing Beatles songs gentled down for an animated series isn't as jarring as hearing the same thing done to the songs of, say, the Rolling Stones or Jimi Hendrix.

The Beatles in general and Paul McCartney in particular always understood that we all like a sweet, melodic tune now and then. From their remake of "Til There Was You" to "All You Need is Love" and "Golden Slumbers," the Beatles never hesitated to dive into the deep end of the sentimental pool.

They got away with it, if you want to look at it that way, because they did it so gosh-darned well. 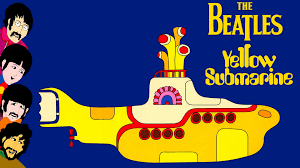 Beat Bugs also isn't the first time we've heard Beatles music set to animation. "We all live in a yellow submarine" and all that.

Still, the Beatles in the end wrote a lot more for grownups than they did for kids. Their first hits may have largely been teenage songs - wonderful, timeless teenage songs - but they worked hard and rather successfully to establish themselves as serious adult artists.

That, presumably, is the way most of us old-timers remember them from back in the day, as the band that gave us "In My Life" and "A Day In the Life" and "Hey Jude," plus a whole lot of gems in between, from "Please Please Me" to "And Your Bird Can Sing."

Part of the reason that Beatles music works in our adult memories and also translates seamlessly to a show like Beat Bugs is that they somehow crossed so many of the bridges that often divide different areas of popular music.

That was part of their genius, and part of the reason that those of us who heard Rubber Soul as a new release would love to be reassured the Beatles will remain embedded forever in popular culture.

It's not that we want "these kids today" to listen to "our music." No, we'd just like really good music to endure, regardless of when it was made.

And that's the reassuring thing about Beat Bugs. Listening to a few lines from a song we remember very differently may give us pause for a moment, but it's one of the ways that Beatles music lives on.

That 4-year-old who hears a snatch of "Help" in a Beat Bugs episodes will someday hear the Beatles's original rendition, a hard-driving, urgent song that's more about, well, desperation.

In that sense, a Beatles song can grow up the same way 4-year-olds grows up - and the best news of all is that if those 4-year-olds are musically lucky, Lucy and the Beatles can be with them for the whole ride.