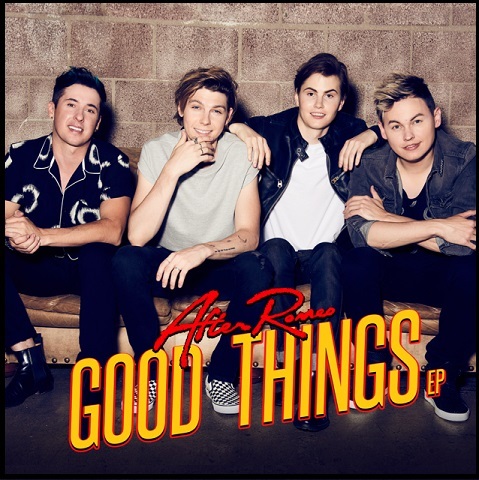 After Romeo is going on a national tour tied to the release of their upcoming EP Good Things.
After Romeo's Website , Twitter & Instagram.
Photo by Michael Becker.

Now these are my type of boys. Drew Ryan Scott, Jayk Purdy, Blake English and TC Carter make up the pop and R&B music sensation AFTER ROMEO.

The guys formed the band in 2013 and are already making waves. In 2014, After Romeo partnered with several artists on a 300-school Bully Proof Tour, which included a viral anti-bullying campaign and garnered 10,000 attendees in every city.

After Romeo literally come together like some sort of musical Avengers with their own skills and talents. Drew serves as the primary songwriter, while Jayk spearheads the social media, even orchestrating and executing online initiatives and maintaining fan interaction. Blake choreographs the shows and videos, and TC's grip on fashion influences their striking and chic aesthetic.

How old are all of you? How do you know each other? How'd you put the band together?

(Jayk) Our ages range from 23-25. Drew and I both grew up in Las Vegas and met when we were teenagers through mutual friends. We both were into performing arts and we had other similar interests like sports, singing and dancing. We were presented with this opportunity to move out to LA to further our careers so we went for it! We knew it was a big risk, but we decided we would do it together. We moved out to LA and from there we met TC and Blake.

(TC) I grew up in Athens, Georgia with Blake. I moved to LA to pursue my career. Jayk and Drew were having some guys over to play basketball at their house and that's how we met. Blake ended up joining me out here in LA about a year later, so I introduced him to the other guys and it was just really organic the way we got together and formed the band.

You have an upcoming EP "Good Things" which will be available this summer with pre-sales already started. Who decides when your album gets released? Will you be having a launch party?

We've been working on the sound for a long time, since Thanksgiving really. We finally felt it was in a great place to put together an EP and from there we worked with Amuse and 4Sound to schedule a release date. We're going on tour this summer and we'll have a launch party in LA to kick off our new EP and our tour. Our tour dates will be up on our website soon so fans should be on the lookout and come out and see us.

What's the most exciting part of your day?

The most exciting part of the day is going into the studio to work on what we dreamed about since we were little kids. Plus we get to work with our closest friends. Every day is great because we get to do what we love.

What's the worst thing about being on tour?

Getting up early is the worst. Also, trying to find a place to do laundry is really difficult. We're all really close, but it gets really hard not being able to see all our friends and family for the extended period of time.

Do you guys fight a lot with each other?

Yes, but it's not really fighting. It's just differences of opinion over creativity. We all have unique tastes, but they come together to form our unique sound. 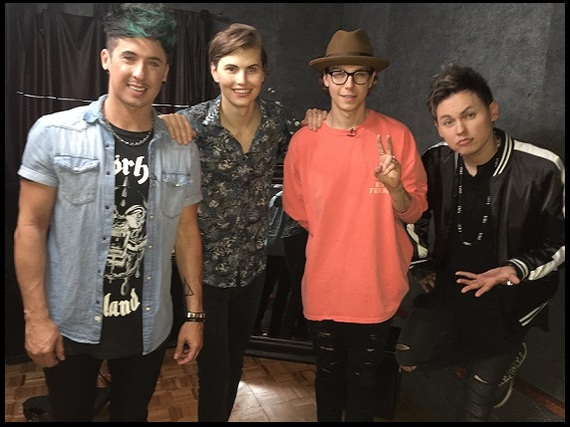 What are your thoughts on going to college right after high school?

Every person has a different road to take. If you're passionate about going to school, then go to school. If your career path requires you to go to school, you should go. But if there's something you want to pursue that doesn't require going to college, then go for it!

Samsung has pegged your band to star in an upcoming international mobile campaign. How'd Samsung hear about you? How did this deal come to be?

Samsung was looking for someone new and fresh when they discovered us on Spotify. When they heard our music they knew they wanted to feature us in their global commercial. We're so excited to have the opportunity to collaborate with such an incredible brand and market our music internationally. One of the songs in the commercial was actually written the day before we shot it so we had to learn it super quickly. It was a really great experience.

At what age did you pick up your first musical instrument?

Do you have significant others?

(Jayk) I think we all date, but it's just very difficult to find time with balancing our careers and it's just hard to meet someone at this point in time.
(Blake) No, I don't.
(TC) Yes, I have a girlfriend.
(Drew) I have a girlfriend. Her name's Selena Gomez. She just doesn't know it yet.

For people who are not familiar with your music, how would you describe it to them?

Our music is pop, R&B with a mix of soul. We wanted to show off our vocals a lot so we decided to do songs that really focused on that. We all have such different tastes and inspirations so we wanted to incorporate them all.

We're one of 25 finalists that were picked for the iHeart Radio Rising Star contest. You can vote for us at iheartradio.com/risingstar 50 times a day or on Twitter using hashtag #RisingStar and #AfterRomeo ! Our "Good Things" EP is available for pre-order now and out June 24. Our singles "Convenience" and "Good Things" are available now. Don't forget to tweet at us or leave us a message on Instagram and we'll message back! We love talking to our fans and you can follow us on all social media platforms @AfterRomeo.