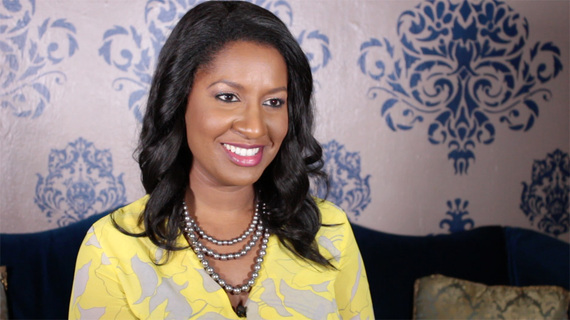 Femi Redwood of Milton, Delaware, grew up in an environment that was accepting of both her sexuality and her race, despite the fact that she was one of the few minorities in town. This only made her more observant later in life as she encountered less-accepting people and communities. She tells a story about a white gay co-worker she had when she was still living in Delaware and was dating a white woman:

[O]ne night we're in his car. He says that he doesn't think black and white people should mix; they shouldn't be in relationships, and they shouldn't mix. And he's telling me that he does not think, basically, that I should be with my girlfriend, or that anyone of different races should be together. And [I'm] like, "You're a gay man! Like, this is the same ridiculousness that people put on you!"

After this incident she moved to Mississippi for college, and there she was surprised to find the same mindset that this gay man had expressed to her before:

[T]he thing I noticed about Mississippi was that there's an abundance of African Americans, but they're separated. The LGBT community was separated.... You go to the black gay club, and my best friend, who's half-Asian, half-white, he would be the only person that wasn't black inside. ... And then you go into the white bar, and it's just white people. There's men and women, but just white people, where I would be the only black person.

Even after coming to New York, Femi is troubled to find segregation once again, this time in the divide between lesbians and gay men:

She even recounts a story about her ex-girlfriend decrying the gay-male community for reasons that Femi found to be based on outdated stereotypes:

[I]t was shocking, much like the Delaware story, much like the guy in Delaware telling me that he doesn't think races should mix. It was shocking to hear someone, in this time, saying, "I don't like gay men," because of all of these negative perceptions. But it's still out there. That's still what people, even within our community, still think. And that's shocking and sad.

But Femi has higher hopes for her community:

[B]ecause I come from a place where we were together, I kind of want more, and I want better. I want to be able to go to a club and it not just be gay men; it's everyone. And I want to have my best friend, who's a man, come with me to a lesbian bar and not feel like he's singled out or being picked on because he's a flamboyant gay man.

Do you think the LGBTQ community is segregated? Watch Femi's whole story below:

Femi Redwood is a TV reporter based in New York City. She covers local, breaking, political, feature and entertainment news. You can follow her on Twitter @femiredwood.