March 15th marked the fifth year of Syria's gruesome civil war. At the cost of more than 220,000 dead and millions more wounded and displaced, it is hard to comprehend how a conflict of such inhumanity can go on this long with the world watching. The atrocities in Syria that have now overflowed into Iraq scream for "something to happen", some sort of response.

Yet, the use of force should not necessarily be that "something". Having learned the hard way, the United States and other countries are reticent to get mired in another foreign conflict, particularly an armed one in the Middle East.

Military intervention is not, however, the only workable option available. Over the past 25 years, the international community has learned that the rule of law is one of the most valuable ways to help end conflicts and the mass atrocities all too often associated with them. International efforts to hold legally accountable those who have participated in the atrocity crimes of genocide, crimes against humanity, and war crimes have helped stem seemingly endless violence and redirected affected countries toward stability.

Temporary United Nations (UN) tribunals for the former Yugoslavia, Rwanda, Sierra Leone, and Cambodia have demonstrated the complementary role that justice can play in the pursuit of sustainable peace. Today, the International Criminal Court (ICC) -- the world's only permanent international criminal tribunal and a court that is independent of the UN -- now serves as the torchbearer of the international criminal justice movement. Most importantly, the ICC stands as the hope of the many victimized by mass atrocities, left destitute or worse. 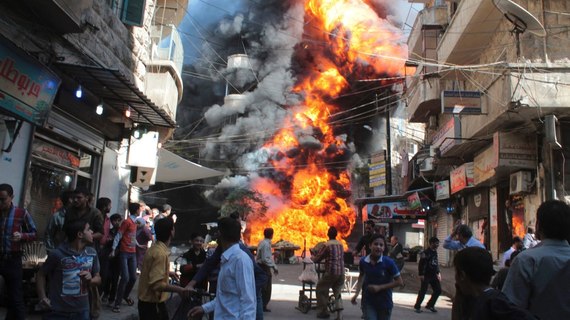 Against this backdrop, the U.S. House of Representatives' recent resolution urging for the creation of a temporary UN criminal tribunal for Syria is a worrisome departure from American leadership in the field. Sponsored by Rep. Chris Smith of New Jersey, House Resolution 121 calls for a new UN criminal tribunal for Syria. For a number of reasons, this resolution and underlying strategy is ill-advised and does little to increase the chance that justice will come to the victims of atrocities in Syria.

By way of background, to create a temporary international criminal tribunal -- like the ones for the former Yugoslavia and Rwanda -- requires all of the permanent members of the UN Security Council not to veto a resolution establishing such a tribunal. Likewise, all of the permanent UN Security Council members must refrain from vetoing a resolution referring a country to the ICC for investigation -- which is one way the ICC's jurisdiction to investigate individuals for atrocity crimes can be triggered.

To date, successive joint efforts by the French, British, and Americans to pass an UN Security Council resolution referring Syria to the ICC have been blocked by the Russians. While their stated reasons are multifaceted, the Russians' main reason for vetoing a referral of Syria to the ICC is to protect its ally, the Assad regime, from facing investigation and likely prosecution for atrocity crimes. It stands to reason, therefore, that the Russians will also veto a resolution to establish an entirely new international criminal tribunal for Syria that would also investigate the Assad regime.

France and the United Kingdom would oppose a resolution creating a new tribunal as well. Both are committed to the ICC diplomatically, politically, and financially as States Parties. For either country to join the United States in supporting the creation of a new UN tribunal for Syria would be to waste their investment in the ICC, especially that of their taxpayers.

An ICC referral is far more fiscally responsible for the United States as well. With its operations starting in 2002, the ICC does not require the hundreds of millions of dollars that the UN would have to spend to stand up a new Syria tribunal, a cost that the United States and other permanent UN Security Council members would have to foot. By comparison, bestowing the ICC with jurisdiction in Syria technically costs the UN Security Council nothing, although previous unfunded Council referrals of Sudan and Libya to the ICC have unfairly burdened the already underfunded ICC as a result. At a minimum, a Council referral of Syria should include the funds necessary for the ICC to conduct investigations and potential prosecutions. Yet, to be clear, this amount of funding would be a mere fraction of the cost of propping up an entirely new tribunal. 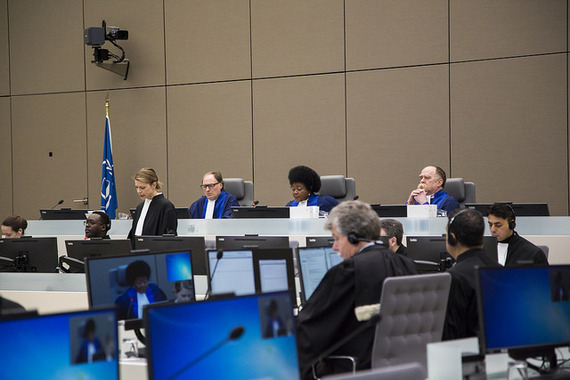 In his House address, Rep. Smith also argued that a new UN tribunal for Syria, like temporary international tribunals before it, is just plain better than the ICC. "The ICC has operated since 2002 but boasts only two convictions. By way of contrast, the Yugoslavia court convicted 80 people; Rwanda, 61; and Sierra Leone, 9." These comparisons, however, shed little light on these tribunals' relative effectiveness in investigating and prosecuting atrocity crimes.

To begin, the UN tribunals for Yugoslavia and Rwanda -- which a new UN tribunal for Syria would most emulate -- possessed far greater judicial mandates that begat far more cases. In comparison, the ICC is not a court of first instance like its temporary predecessors, but a court of last resort. For example, whereas the Rwanda tribunal had primary right over any national jurisdiction to any cases stemming from the Rwanda genocide, the ICC must legally defer to national jurisdictions that are genuinely able and willing to investigate and prosecute atrocities. In short, the ICC has fewer cases by design, leaving more to states to handle domestically. Considering that an international tribunal of any type cannot and should not handle all cases from any particular conflict, sharing the burden between the ICC and states ensures the highest level of accountability.

Further, the track record of any international criminal tribunal depends in large part to the level of support it receives from states. The support needed is not just funding, but the sovereign power of states to enforce international tribunal orders -- such as collection of evidence or arrest of fugitives -- given that all international tribunals do not have their own police force. It comes as no surprise then that all of the temporary UN tribunals previously mentioned produced results because each received a tremendous amount of support from the United States in addition to robust assistance from other states and the UN Security Council. It is only logical, therefore, to conclude that greater support of the ICC -- most notably from the United States -- would likewise produce results in Syria and elsewhere the ICC may legally operate.

As an alternative to Rep. Smith's resolution, the U.S. Congress should consider a strategy of achieving a UN Security Council referral of Syria to the ICC in combination with internationally-supported Syrian accountability mechanisms. In re-purposing Rep. Smith's initial suggestion, a concerted diplomatic push by the United States and its allies that includes positive and negative incentives -- such as economic sanctions relief -- might change Russia's position on an ICC referral.

Recent developments make clear that the White House is poised to support this strategy. After the Obama administration declared that the so-called Islamic State has committed genocide and other atrocity crimes of minorities in Syria and Iraq -- a declaration that the House of Representatives unanimously agreed with and faith-based groups lobbied vigorously for -, the White House also stated its willingness to support the ICC with future investigations in Syria and Iraq.

To demonstrate its commitment and bolster this strategy, the U.S. Congress could first lift an antiquated 2001 restriction that prohibits U.S. agencies from providing already-appropriated federal funds to the ICC. Today, this outdated law only hurts the United States by limiting ways it can support the ICC when in the national interest to do so, including on any future cases in Syria and Iraq.

Congress could also appropriate a relatively small amount of new funding -- perhaps $30 million -- that would attach to a future UN Security Council referral of Syria to the ICC. Further, Congress could also put aside a similar amount of monies to support future Syrian-led and internationally-assisted atrocity crime proceedings in Syria, when security on the ground permits. Altogether, American support of both ICC-based and domestic accountability efforts would save hundreds of millions of taxpayer dollars while also securing as much justice as possible for those affected by Syria's ongoing catastrophe.