The news -- any news -- makes the case. We look to be in the same slow spiral down, where world-threatening unraveling is as loudly addressed as it is unattended.

In 1937 wars raged in China and Spain, with one just ended with bloody hands and poison gas in Ethiopia. Even peaceful Latin America witnessed the brutal end of Chaco and Cristero Wars. But 1937 wars in China and Spain were world-ranging in their implications, threatening to pull civilization itself into anarchy -- a mere 18 years after war itself had been banished forever.

Today the human swathe from Africa to Central Asia is coming apart. The razor's edge of the Sahara in Timbuctu to the Taklamakan Desert in Xingiang is in full and open insurgency: Blood-cry rebels vs. fearful post-Euro-colonial successor kingdoms. There are new orders to be claimed -- not empires here, but rather Caliphates -- struggling to wrest authority from the ashes of civilization.

War clouds gather too in Europe, and Russia is said again to be on the march. There is war in the borderlands, and the flames can be seen from the greatest chancellery of the EU -- no Z-Zitadelle now, but rather Kohllosseum-- portent of things to come.

In East Asia, China cries out for world status. This means symbolic submission by its neighbors, and ritual genuflection -- like a shameful a trumpet call -- from America, announcing that the Middle Kingdom has regained primacy in its world. 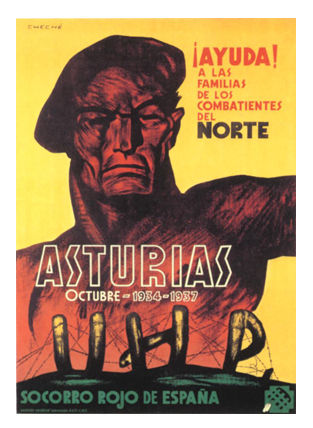 In 1920, a collectively ratified world order of peace and security had been cemented by the League of Nations and arms control treaties -- apparently forever. After 1991, reinforced by the urgency of the 9/11 attacks, the world community seemed to sign on to yet another collective legal and security order.

World economic crisis shook this order after 1931. Its wake, the mortar cementing world order cracked and began to fall out. Similar crisis has shaken us since 2008. Brittle mortar shards are falling from the brickwork of our world every day.

The guardians of the old order were the British Empire and France, with the United States and Japan as cosignators. But in 1931 Japan partly dropped out, and was fully out by 1936. The United States dropped out in 1935, when we chose not to support Anglo-French oil sanctions against Italy for its naked, gas bomb, genocidal invasion of Ethiopia. After that, Britain and France held off on action against insurgents and aggressors alike.

Today, we have held back from punishing unspeakable brutalities of friendly establishment actors in the Middle East, even those of close allies. We have been helpless to intervene against the most remarkable insurgent barbarities -- and when we have at last weighed in, it has been from 15,000 feet, like some weary Olympian deity who deigns to let go irresolute thunderbolts, so that earthbound humans still respect his name.

This is exactly the behavior of the British Empire in 1937 (France was then too weak to act without Brits, or without their guiding hand). Is theirs our mode today? Is our world edifice truly cracking and coming apart?

This is the place in an argument when we take a deep breath, and reconsider what has just been said. The world, taken in a flood of emotion, might easily seem to be heading to the precipice. We might, at the summit of all fears, feel as though we are at most, three or four years from going over the cliff: "I can see the tipping point!"

But not so fast -- this is the time for a counterargument. As persuasive as the similarities seem, the differences -- between 1937 and now -- can be just as compelling. Just to show these differences, consider:

In 1937 the British Empire -- globe-girdling and recent war-winner that it was -- felt fatally weak. Today, we too feel weak. Are we not like those post-Victorian Brits?

No. The United States today is a world colossus like Britain never was -- and never even touch. American power is unprecedented in human affairs. In fact, American power today is greater that in the aftermath of our greatest victory, in World War II.

In 1945, America could put great armies anywhere on the coasts of Europe and Asia. Today, we can put armies anywhere, anytime, even in the barren fastnesses of Central Asia. We could never do that before. We can now. Plus, no one else can. No one else can even think the thought.

In 1945, American bomber fleets could lay down carpets of bombs that -- with enormous preparation -- might level any city in weeks -- and with the new "atom bomb" in a nanosecond. Yet today, a robot drone can target a single, chosen family in a single, chosen domicile, anywhere on earth, with a tiny little expenditure of effort, the mere signing of a kill-list, actually -- and wipe it from the face of the earth. 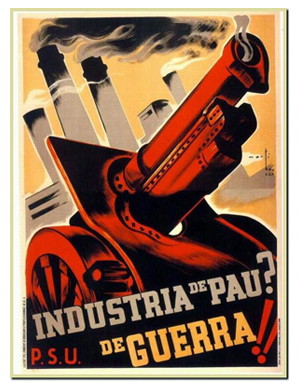 In 1945, the United States Navy boasted over 5000 ships, steaming and spanning the globe. This glorious fleet saved the United Nations and brought the Axis to its knees in four short years. Yet today, a mere handful of nuclear attack submarines can rip the heart out of any society that lives on world shipping in a week -- maybe a day. We are not sure. All we know is, no one -- no one -- wants to test this proposition.

American military power has been used continuously since 1945 -- as we patriots would argue -- to defend and sustain a benevolent world order. Today, others beg to disagree. Today, there are "others" worldwide, from insurgent bands to our near equal, China, that chafe restlessly under the stern terms of American benevolence.

This is a far cry from 1937. No weakened British Lion: The United States, if anything, is too strong rather than too weak. We lay down military, "kinetic solutions" at will -- often before we ever talk to others we have already decided are "the bad guys."

With Russia, we have pushed a defeated power (from 1991) into a remorseless path of shame and humiliation -- but we call them "aggressors," likening them to the Third Reich. With Iran, we have embargoed and blockaded a proud but weak civilization until it is literally cut off from the world -- a pariah state. With China, we have orchestrated an unbending alliance of rising "tigers" -- Vietnam and Korea, but also the old samurai tiger, Japan -- that ring the Middle Kingdom like an iron vise.

Counterargument says America in contrast is the tough guy -- which sounds like "bully" to so many. Hence, if Russia is willing to talk -- which it is -- all we can think about is their submission. Likewise, if Iran's Ayatollahs are no Mussolini, dreaming of new empire, then we say: Let them prove that they are not. Let them come to us. We are, above all things, most truly a submission-based great power.

But equals have no reason to fold: They will fight us rather than submit. Thus China is the place where our world might yet founder. China will not accommodate to an East Asian order still dominated by the United States, just as America will not accommodate to China's cherished vision of a Middle Kingdom reborn, and its necessary, if ritual, knee-bendings by Vietnam, Korea, and Japan.

Here is how we recreate 1937. Remember how it happened then: Invading and eviscerating China, Japan made its tragic, immovable stand in the Western Pacific. In mutilating China, by pulling out of every arms control treaty safeguarding our world after 1935, Japan informed the United States that East Asia was theirs, all theirs -- and we should just let it happen -- or else.

But we did not let it happen. War was what happened. Everyone in the know knew this in 1937. Tragically, this is what it feels like in Washington and Beijing today.

We remember the crisis of 1937 as Germany and Italy brutally intervening in the Spanish Civil War. But the real danger to world order, back then, reposed in the Japanese invasion of China. Today we fret endlessly over the fate of the Middle East and Eastern Europe, when we should really be worrying about our connection to China, just as we needed, in 1937, to be deeply tied to solving Japan's problems.

Japan in 1937, and China today, both represent the problem of a former strategic partner that becomes a mortal strategic competitor. From 1937-41, we failed to solve that problem. We decided (by not deciding) that the only way to deal with Japan was war. We got that war.

In 1937, arguably, the war option might yet have been foreclosed, and other options were still possible. This represents an important truth for America and China today, as well as a stern warning. Today it is a cloud no bigger than a man's hand, like it looked in 1937, come to overturn our world. But can we see this in time?