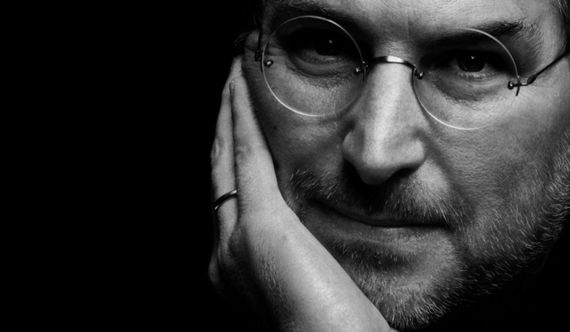 The Reality Distortion Field - Steve Jobs had it, Elon Musk seems to have inherited it from him. And in retrospect, I'm a hundred percent sure my first girlfriend had it too.

Originally coined by Bud Tribble at Apple in 1981 to describe Steve Jobs' ability to make himself and others believe that almost anything was possible, the concept has long become a staple notion in business and popular culture. Especially in management and marketing contexts, we hear this term all the time when executives admire other executives' ability to commit employees, partners, and customers to forget their reservations and to adopt a particular perspective.

Given the appeal of reality distortion fields to everyone who is involved in market creation, there is only one question: how can we create one?

Lay theories on the topic typically invest a lot of energy in the protagonist. Often using blurry notions such as aura, charisma, character, personality, etc., the force is entirely placed within the person. Steve Jobs' reality distortion field, for example, is often thought of as the result of a specific combination of personality traits such as salesmanship, hyperbole, eccentricity. And once these traits were put on display, let's say during a product presentation, the audience had to invariably submit.

On a more serious analytical level, Steve Jobs' reality distortion field was probably just that - a field not a personality. And like any field, its existence required various external forces to interact favourably. Consequently, reality distortion is probably just another word for reality creation - not an arbitrary reality but a strategic one. A good story, tale or narrative that is appealing to you - and also aligned with the protagonist's actual goals.

One interesting takeaway from this is that reality distortion fields are all around us - from the local pub we swear by to the marriage that endures. Strictly speaking, reality is "distorted" in all of them in an effort to sustain particular social or commercial relationships.

But this process can also operate in the opposite direction. Marie-Agnes Parmentier and Eileen Fischer have recently published a groundbreaking study in the Journal of Consumer Research that applies a very similar lens to understand the decline of Tyra Banks' former blockbuster franchise America's Next Top Model (ANTM). For Parmentier and Fischer, ANTM's reality distortion field - the aura or the brand that makes us addicted fans against better knowledge - is not emanating from Tyra Banks' charisma or a particular type of magical entertainment formula but rather an assemblage of people and things. And such an assemblage can dissipate despite the builder's best intentions.

As Parmentier and Fischer demonstrate, in ANTM's case it was not a contender such as Project Runaway or simple audience boredom but the actions of some of the show's most devoted fans. By adding new elements to the reality distortion field that undermined its original effectiveness, by reinterpreting its originally suggested nature and purpose, or by rejecting certain aspects that were needed for its sustenance, they accelerated ANTM's demise.

Herein lies an opportunity and a challenge for managers: if reality distortion fields are assemblages, anyone can create them - not just Steve Jobs or Elon Musk. But the flip side is that almost anyone can destroy them. Managers must constantly scan the field for people and things that step out of line and ensure that they continue to play their ascribed roles. But depending on where you stand, this could be an opportunity as well.

A CEO who missed it was Blackberry's Jim Balsillie. A few years ago, he launched a snarky comment about "real" people "outside of Apple's [reality] distortion field." The better move would have been to try to reprogram some of the central actors and elements that made Apple's reality distortion field so effective - similar to how ANTM's fans did it - and succeeded.

In the end, a reality distortion field is perhaps best thought of as a good story people continue to believe in because it allows them to become someone else. And making that happen is less about the powerful self and more about empowering others.