These days mindfulness is the buzzword. Celebrities such as Goldie Hawn, Richard Gere and Tina Turner have been some of it's strongest proponents. Mindfulness seems to be embraced in the west, more as a practice and discipline rather than as a religion, although its origin is in Buddhism. But does mindfulness have a spiritual and transformational quality to it? 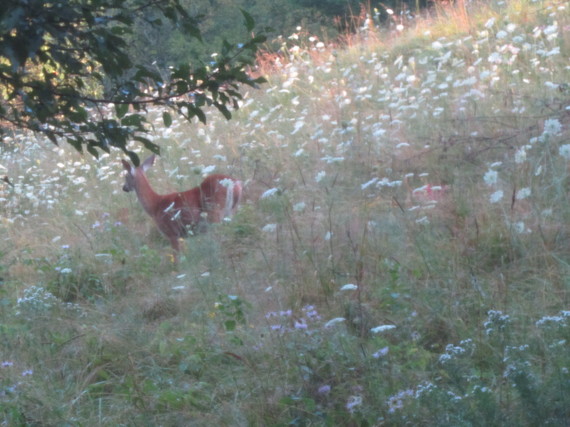 To explore this, I spoke with Santikaro (Robert Larson), who had trained under the famous Thai Buddhist teacher, Buddhadasa Bhikku. According to him, in the west, there are three forms that mindfulness has been shaped into. He refers to the first usage of it, primarily at large corporations, as McMindfulness. Like MacDonald food, it is fast, convenient and does the job. However, Santikaro questions the ethical and long-term value of this form of mindfulness, particularly when it is encouraged by managers in order to get results from employees. The workers who do practice it under such influence may not get the right long term results from such practices as their understanding of it remains limited.

The second form of mindfulness that is justifiably popular is referred to as therapeutic mindfulness. In recent times, Jon Kabat-Zinn, has championed the efforts to bring a scientifically researched and medically applicable usage to mindfulness. The program called Mindfulness based stress reduction (MBSR) has been proven to bring relief to many people struggling with psychological distress and chronic illnesses.

The third form of mindfulness that we discussed (as seen in the video below), is the pristine form with its potential for complete inner freedom. Practiced correctly, mindfulness can lead to insight into the human condition and free us from our inner struggles and conflicts in life. If there is anything spiritual about mindfulness, then it is the ability to free us from the grasp of our own ego. This is the summon bonum, the lofty goal of most spiritual traditions.

Santikaro describes this form of mindfulness as a natural and effortless practice, not one forced on by an "egoic doer." For instance, when we bring awareness to our breathing without clinging to the one who is breathing or when we observe the nature around us without the sense of an observer, then there is a moment of true mindfulness, the recognition of what can be called as "emptiness." In such a practice of mindfulness, the experience of every moment can be deepened by the natural "recollection" of emptiness.

So going back to the question, "Is there anything spiritual about mindfulness?" In the two earlier forms of its practice, the purpose of practicing mindfulness is motivated by certain personal goals.
Nevertheless if it fulfills the criteria of being a tangible measure to spirituality in daily life by offering a superior quality of awareness in every moment, then it is a worthy practice. But to truly experience mindfulness with its fullest potential, one has to transcend the egoic intention and relinquish the "I" and "Mine" related to the experience, as these are the obstacles on our path to freedom.

Santikaro talks about the time that he asked Buddhadasa, his teacher, if he was enlightened. Buddhadasa replied to him, "who is there to be enlightened." Perhaps in this response is the key to the right attitude towards this potentially liberating practice.