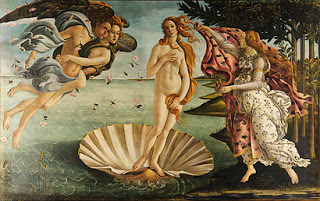 Sex is the manifestation of the "life force," a term coined by George Bernard Shaw though it is not clear if he ever had any--sex that is. But certainly it's the force behind creation. In the case of the human species which is burdened with consciousness, evolution has creatively offered the concept of idealization or romantic love in order to afford consummation and inevitably the prolongation of the species. So humans are wired for sex even when libidinous desire wanes and their pheromones go on the fritz. The damage has been done by the onset of senescence, but the neurogenic pathways of the brain still are wired for longing even when there are no residues of drive. It's like a huge highway which attracts little traffic due to environmental adversity, population change or both. Some older couples revert back to a kind of pre-adolescent sexuality that exhibits the innocence and charm of a high school production of Romeo and Juliet. Of course dementia can cause disinhibition and there is a percentage of the elderly population who become randy. Rape and STD's have become problems in some nursing homes. However, the majority who neither develop infatuations or cases of late onset satyriasis or nymphomania are faced with a challenge that requires the creation of a new form of passion that takes the place of physical love.

"The Birth of Venus" by Botticelli

(This was originally posted to The Screaming Pope, Francis Levy's blog of rants and reactions to contemporary politics, art and culture)