We know that video games have been a cornerstone to children's entertainment for years now. In past blog posts, I have discussed how video games can be the next gen standard for education as well. When writing these blog posts, it is usually not critical to provide proof of statements--one's opinion is often sufficient to provide conversation starters.

This post is different. After writing my blog about using music class as a perfect example of learning to play guitar through video game education, I found proof, http://www.huffingtonpost.com/rob-furman/warning-music-class-will-_b_10006312.html. 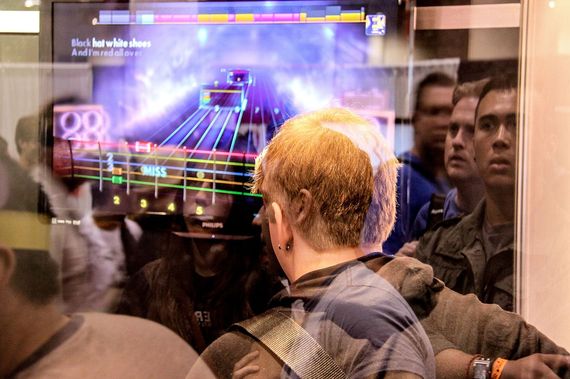 Audrey Shida, a beautiful 13 year old girl, has proven that you can learn to play guitar using the video game Rocksmith. Audrey not only learned to play basic guitar, but also has become so accomplished that she has been able to perform live at several local and regional venues. Please take a minute to watch Audrey on You Tube. She has become a viral sensation and rocking every song she plays. https://www.youtube.com/watch?v=qpeDWRu1ZvQ

Recently I was able to interview Audrey and I would like to share some interesting information on her story as it relates to learning through video games:

Did your dad initially buy Rocksmith for himself or was it a gift for you?

He was waiting for the release and got it for himself. Once he got it, he thought it would be fun to have me play with him and see if we could play every day.

Were you interested in playing the guitar before being introduced to Rocksmith?

No, I had never even thought about it.

How did Rocksmith help you to learn how to play the guitar?

It is so easy to play every day. I didn't have to go to a lesson somewhere and I could play for a short time or a long time--which ever I chose. I like Riffrepeater because it lets me work on hard parts. I really like having so many songs to choose from too.

What is your favorite thing about playing guitar?

I think that you can really express a lot of emotion by playing guitar. You can play some songs fast and lively and then some songs should be played slowly and softly. I like playing all the music.

What do you hope to be doing in 10 years?

I want to be on stage with my sister, Kate, who is 8 years old. We have a lot of fun together.

What's your advice to other kids hoping to learn how to play the guitar?

Do you have music in school?

In elementary school there was a music class where we played recorder and sang.

Have you shown your music teacher what you can do on the guitar?

I did have one chance to share with my classmates and teachers. It was at the end of the school year for an after graduation party. It was fun because most of my friends and teachers didn't really know that I could play guitar. I really feel like a rocker!

What was your teacher's thoughts on Rocksmith?

My teacher said now that he could see what I had accomplished using Rocksmith, he wanted to get Rocksmith too. 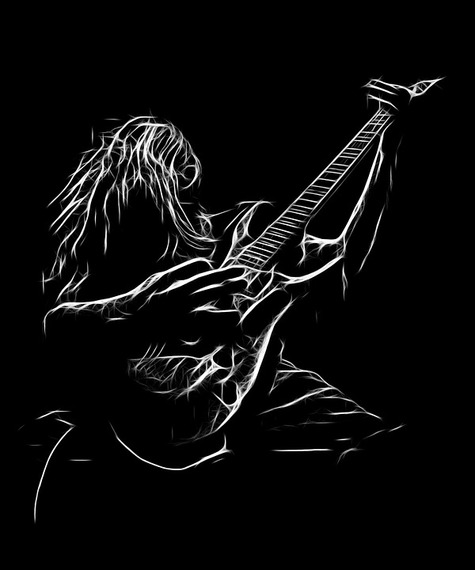 Rocksmith is just one example of a video game that could be incorporated into the school setting. Imagine how accomplished our students would feel after experiencing the same kind of success as Audrey. Also consider the learning that must take place in order to achieve this level of success. Research has proven that the brain must be actively engaged to accomplish a variety of musical skills. Now add the video game ingredient and I believe we have a real winner (my opinion). The fact of the matter is that this young child learned to play guitar using a video game. Let's not wait any longer to incorporate the 21st century tools that we have at our disposal. Let's get started! Rock on!