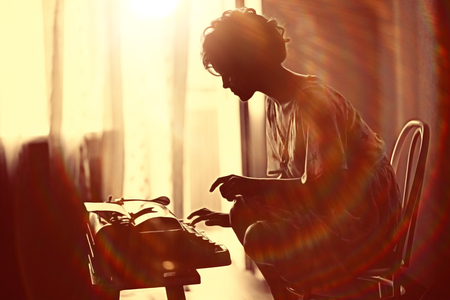 There has been an odd public discussion recently about writers, specifically novelists, who are too prolific, as if such abundance was a quality that diminished the nature and substance of the author's output.

In a column written by Stephen King, the very essence of the meaning of prolific, he points out that his mind is always bursting with ideas, characters and situations that motivate his authorial energies.

His take on what it means to be prolific is probably at the very core of what it means to be a writer of fiction. It defines his talent, drive, energy and need. Writing works of the imagination is his calling. Indeed, it is the calling of all writers who devote their lives to creating a parallel world from their imaginations.

Looking deeper into that need, one must redefine the meaning of "prolific." What is the metric of prolificacy? Does it mean the number of books that are published, defined solely by commercial decisions of publishers, based upon purely financial speculations of marketing and sales? Or is it defined by the number of words produced by the author in the creation of his or her novels?

In a commercial sense, I have no doubt that the answer to the first question is a resounding "yes." Sales are the golden bullet of every commercial venture and sustaining an author's viability by repetition is essential to keeping the author's sales potential in play, especially if that author has developed a reliable crowd of loyal readers. Successful authors invariably lose traction in the popular memory when they fail to keep their books and names vying for attention. The authorial "name" is really the selling point, and the longer it can be sustained and remembered, the better. Some readers, who become so enamored of an author's work will obsessively read every line and thirst for more. Others will be enthralled by one and never revisit the author again.

As for the second question, the metric becomes purely a conundrum in terms of creativity, which speaks to the author's ultimate need for greater space to tell his or her stories. The contractual definition of what constitutes a full-blown novel is somewhere around 70,000 to 80,000 words, but it is often stretched or diminished to serve a publisher's marketing strategy.

A novella is often defined loosely as less than half of the contractual length of a novel or even shorter yet they are often dubbed novels and are marketed as such. Numerous authors, such as Georges Simenon have published hundreds of "short" novels that have earned them the sobriquet of being prolific. Simenon is reputed to have written more than three hundred novels, many of them in a few days.

Now let's get down to the real meaning of "prolific," which I define as keeping the creative juices in play for as long as it takes for the author to tell his or her story.

Les Miserables by Victor Hugo, for example, runs to 635,478 words. Marcel Proust's Remembrance of Things Past runs to 1,267,069 words, broken up into multiple books but often defined as a single novel. The metric just referred to would constitute a shelf-full of novels. Atlas Shrugged by Ayn Rand runs to 645,000 words, Tolstoy's War and Peace runs to 587,287 words, David Foster Wallace's Infinite Jest runs to 543,709 words, Joseph and His Brothers by Thomas Mann, although published as four books, ran to nearly 1,500 pages.

I could, of course, offer Charles Dickens, Honore Balzac and numerous others to buttress the point about what I believe is the deeper definition of "prolific," that is, the author's existential need to continuously create parallel worlds out of the raw material of his imagination.

Many authors like Mr. King tell their stories because they must. Writers, blessed or cursed, like King, react to their inner muse regardless of commercial considerations. Although they thirst for communicants to react to their obsession they cannot stop their creative effort. Their muse, the jogger of the imagination, demands it.

Believe me, having written 50+ novels, I know the condition. I am one of the afflicted.

Of course, even the most prolific authors of fiction, who enjoy great commercial success and celebrity status in their lifetimes, can never predict the longevity of their work and its ultimate endurance through the upcoming generations. It is the great unknown although many authors might fantasize that their works will be as viable to whatever reading public is left a hundred years from now.

It has been shown that most popular bestselling authors are lost in memory quickly, their so-called renown measured often in weeks or months rather than years. The end game for any serious novelists, although they might never live to see it, is just how long their name and works will continue to be read and give meaning to their efforts however many books they have written.

Warren Adler has just launched Writers of the World, an online community for writers to share their stories about why they began writing. His forthcoming novel, Torture Man, is slated to be released in late November. Available for pre-order here. Other Film/TV projects currently in development for Adler include the Hollywood sequel to The War of the Roses - The War of the Roses: The Children, along with other projects including Capitol Crimes, a television series based on Warren Adler's Fiona Fitzgerald mystery novels, as well as a feature film based on Warren Adler and James Humes' WWII thriller, Target Churchill, in association with Myles Nestel and Lisa Wilson of The Solution Entertainment Group. Keep up to date with the latest film developments on www.greyeaglefilms.com