This week's Animal Oddity features a great photo of an eastern screech owl that looks like it's trying to blend in with some owl art.

I'm sure that there was no deliberate effort on the part of the owl to hide but at first glance it's easy to mistake the real thing for just another fake one.

You have to wonder what drew the owl to that exact spot, especially since owls are not social animals and typically avoid each other in the wild. I'm guessing it flew towards the window and it was just random circumstance that it happened to land right in that exact spot. 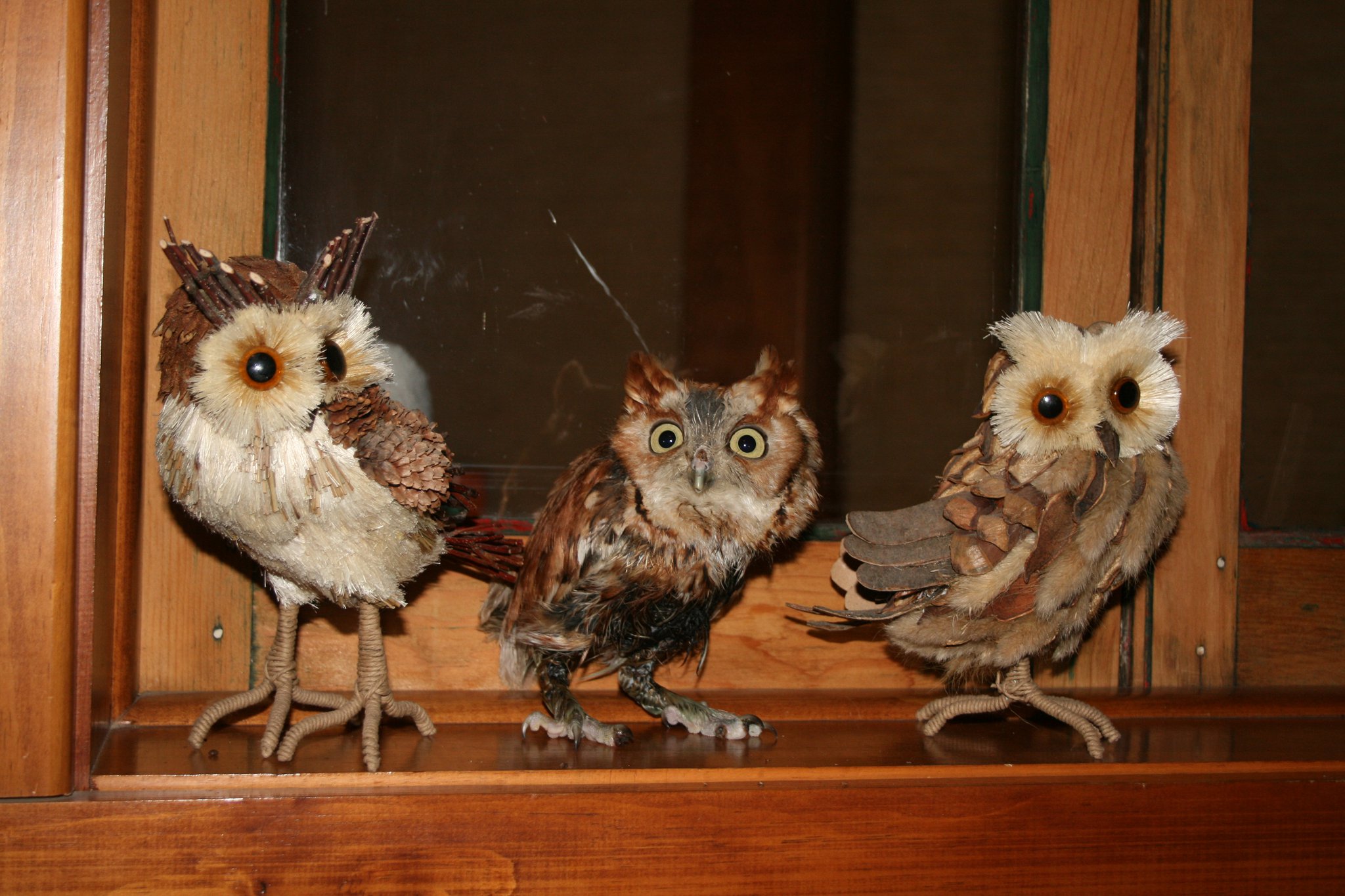 This is a red phase Eastern Screech Owl who came in with a chest wound. While he was healing, he injured his foot, which required soaking.

We had a bit of a routine: he would sit in a small cup with his foot soaking and I would place a tea towel over him. He would sit there for a half hour or so and I could move about, do other things, as long as I was quiet.

One night, he either had enough or was startled by something. I had left the room and when I returned, the tea towel was amiss and his cup was on its side. I began searching for him and found him sitting on the window sill between his two new friends! I think he looks like he was the model for the other owls!

Screech owls are pretty awesome because unlike most other owl species, they are cavity nesters and will use a special owl "bird house" to lay their eggs. If you put up the right kind of nesting box in the proper way, you might attract these cute little nocturnal predators.

You can get specs on nesting boxes for a variety of birds, including screech owls, from the National Wildlife Federation.

Special thanks to blogger and Wild Birds Unlimited store owner Nancy Castillo for passing this story along. Photo by Trish Marki and used with permission.