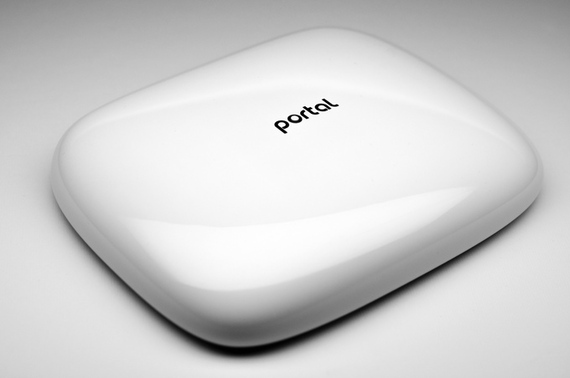 Does your home Wi-Fi suck? If it does (and it probably does), it could be you're not getting enough megs from your internet service provider (ISP). If you live with other people and your internet service plan is less than around 25Mbps, you probably aren't. Or, the problem may be your router, especially if it doesn't propagate the latest AC version of Wi-Fi about your abode. Your router's placement relative to where you're trying to access the net may be at fault.

We can't help you if you're not getting enough megs from your ISP. But a San Francisco-based outfit called Ignition Design Labs is about to solve your bad and/or poorly located router problem.

Starting today on Kickstarter, you can order the Portal, a shiny antenna-less white slab of an AC router designed to deliver more and faster AC Wi-Fi at longer distances than any other router extant.

Better yet, while top routers touting massive AC speeds can run you $300-plus, the Portal will initially sell for a paltry $149 when it becomes available this September.

Normally, I don't like to write about Kickstarter companies; you just can't tell which products and entrepreneurs are legit. But the IDL team is comprised of former engineers of Atheros, a well-respected wireless chip-making startup that was acquired by Qualcomm in early 2011. IDL's enlightened founders insist it is fully funded and can produce Portal without the crowd-funding, but want the publicity that comes with a Kickstarter campaign.

How Do They Do It?

So why will Portal be the best router ever? Simple: the Portal accesses a swath of the 5GHz spectrum no other router has.

In the U.S., all Wi-Fi signals travel through around .18GHz (180MHz) of spectrum split between the lower and upper ends of the unlicensed 5GHz band (5.15-5.85GHz), as well as a thin slice of the 2.4GHz band. These are like parallel single lane roads separated by a wide empty space.

Everyone in your family and all your neighbors jam into these same slim roads to access their own AC and N Wi-Fi. Just check the available Wi-Fi networks on your smartphone, tablet or PC - all those dozens of networks are accessing the same skinny 5GHz bands for their Wi-Fi. All this traffic, especially if you live in a congested urban area, makes wirelessly connecting to the net akin to driving behind a slow-moving truck.

Portal, however, accesses not only these standard Wi-Fi frequencies at opposite ends of the available Wi-Fi spectrum, but also the wide .3 GHz (300MHz) of spectrum in between, a special spectrum segment called Dynamic Frequency Selection (DFS).

These DFS frequencies aren't used by anyone you know, so connecting is like driving on a completely empty multi-lane freeway. You'll get faster connections from further away from your Portal.

Portal scans the entire unlicensed 5GHz band to find the clearest path, avoiding the bands used by radar or other nearby routers, to cleanly and quickly connect you and keep you connected. So even if these DFS bands one day get crowded, there'll still be plenty of room. 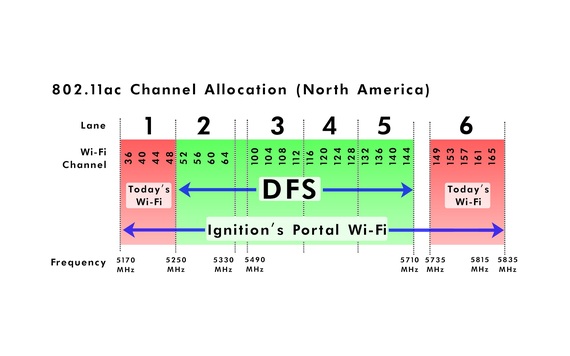 Why isn't any other router giving you access to these DFS frequencies?

DFS bands are primarily reserved for radar that detects weather used to keep air traffic safe. The circuitry required to dodge around this obviously essentially radar use is, according to the IDL folks, "delicate" and "finely tuned."

I got an impressive if brief demo of Portal - yes, there are working Portal prototypes, which raises my confidence level in the product. 4K video on an iPad started faster, ran more smoothly (no buffering) and streamed from further away than a second otherwise identical iPad transmitting via a more traditional AC router. Portal's measured download and upload times were several factors faster than from a traditional Wi-Fi router. 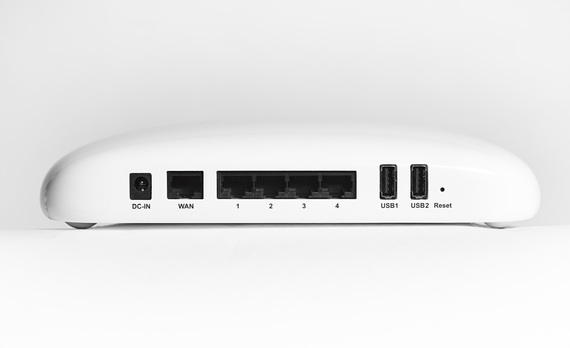 But IDL has done more than create a quicker, more reliable router. Another bane of router owning is setting it up and keeping it updated and working.

Instead of using your desktop PC and slogging through a set-up process only a Ph.D. in electrical engineering understands, you use Portal's simple smartphone app. The app automatically detects the Portal after you've plugged it in and connected it to your cable modem, then clones the already existing settings from the router you're replacing, including the network name and password. It's about as stupid simple a set-up process as I've ever seen for a router.

Security also is enhanced. If anyone tries to glom off your network without your permission, Portal will send you an alert. No one can hack your Portal network settings through your PC because the settings aren't on your PC - they're on your smartphone, where they're much safer.

When friends come over and want to connect, you give them permission through the app, never a password. And that permission lasts only as long as they're in range of the Portal or for a period of time you define. Once they leave or their time is up, they need to get your permission again to reconnect.

Once Portals become ubiquitous (hopefully sooner than later), they can talk to each other to avoid interference, and can be daisy-chained to extend your entire network to multiple floors and a wider area.

If Portals one day do become ubiquitous, they may not all come from IDL, which is by-and-large a technology company. While the company is happy to produce these initial and even future Portals, what its execs would really like to do is license IDL's DFS access/radar avoidance technology to other router makers, which would make sucky Wi-Fi a thing of the past.

All you need now is more megs from your ISP. 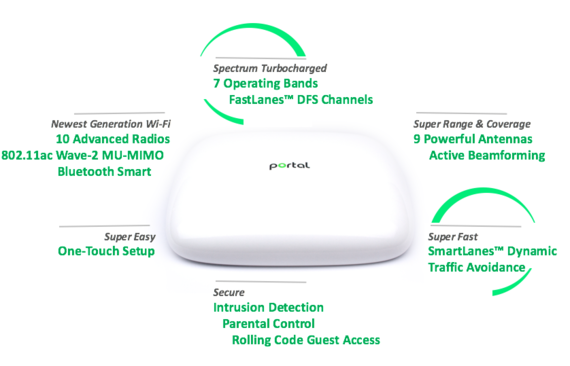