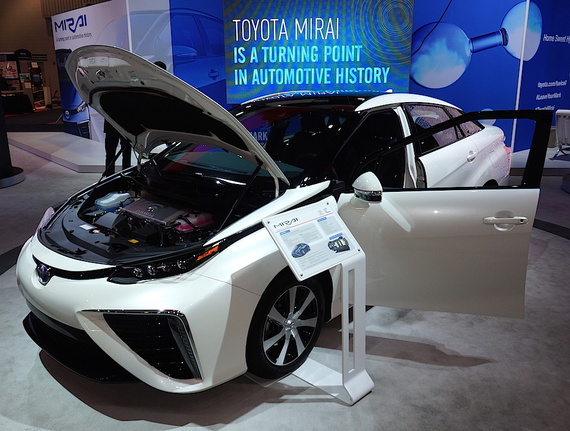 Marty McFly was still absorbing the changes in his family's fortunes and getting re-acquainted with his girlfriend upon his return from 1955 when Doc Brown suddenly re-appeared in his time-traveling DeLorean. While he explained to Marty and Jennifer the need for them to return to the future with him -- "It's your kids, Marty!" -- Doc started shoving banana peels, an empty beer can and other trash to fuel the DeLorean's Mr. Fusion. Presumably, the time machine and its flux capacitor now ran on the methane dividends of Doc's dumpster dive instead of the usually necessary 1.21 gigawatts of lightning-generated electricity, quite a technological advance.

Science fiction has always been prescient -- that's part of the genre's appeal -- but a car fueled by methane and, hence, by garbage? That may sound as completely goofy as if predicted by Christopher Lloyd's other spaced out character, Reverend Jim Ignatowski from Taxi, but it may not be that far off.

The road leading to landfill refueling could start to be get paved this October. That's when Toyota will start selling its 2016 Mirai (pronounced ME-rye), the first hydrogen-fueled car you can buy, in LA and San Francisco, for $57,500, minus around $12,500 in state and federal tax credits.

Mirai's electric engine is powered by hydrogen, and its emissions are simply harmless water vapor that, if liquefied, you could actually drink. 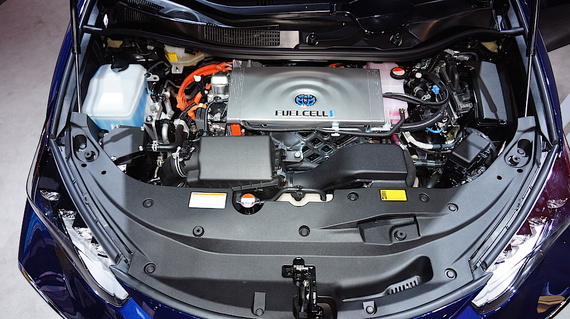 I discovered the Mirai at last month's Consumer Electronics Show (CES) in Las Vegas. Even though its name could have been a bit flashier (what about the Kaze, Japanese for wind? Or, the Mizu, Japanese for water? Or Suiso, Japanese for hydrogen), Mirai was more than just the coolest thing I saw at the show. It and the hydrogen car may very well be the future of the automobile.

Mirai isn't a one-off. Toyota is as serious as a lightning strike on a courthouse about advancing what it calls the coming "hydrogen society." How serious? It's giving away 98 percent of the patents for the hydrogen fuel cells, tanks, computer controls and refilling stations in the hopes that other car makers will join the hydrogen revolution.

If you can't wait until October, you can lease a hydrogen car, referred to in the industry as fuel cell vehicles (FCV), right now, thanks to Toyota's patent altruism: the Hyundai Tucson leases for $499 a month. Mercedes ended its pilot lease program and is now taking applications to buy a pre-owned B-class F-CELL hydrogen car. 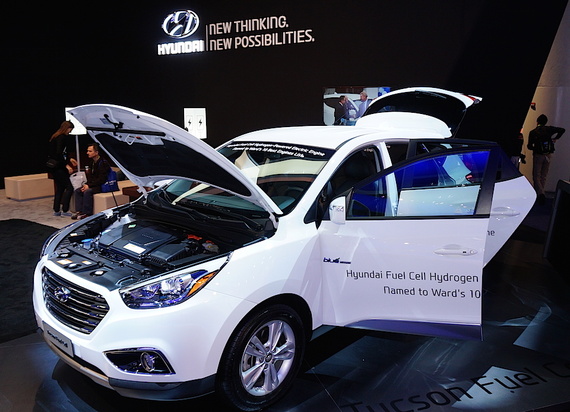 Why do I think hydrogen fuel cars are the future rather than regular electric cars such as the Tesla, et al? Several reasons.

First and foremost, you'll be able to refill your hydrogen tank in just five minutes at one of 20 hydrogen filling stations in and around original Mirai sale cities, scheduled to grow to 45 stations by the end of 2016. A filled slightly less than 5 kilogram hydrogen tank will run you around $30-$40 a fill, but both Toyota and Hyundai are supplying free fills for the first three years of ownership.

You'll be able to travel up to 300 miles-plus on a full hydrogen tank; a Toyota exec told me 500-mile range is on the product road map.

Since hydrogen pumps likely will be placed in existing gas stations, your car-driving behavior won't change at all, unlike current electric cars. You can't refill an electric car on the road -- recharging takes too long, even if plugged into the growing number of rechargers found in parking garages -- which means your round-trip travel route is limited by how much juice your car has. 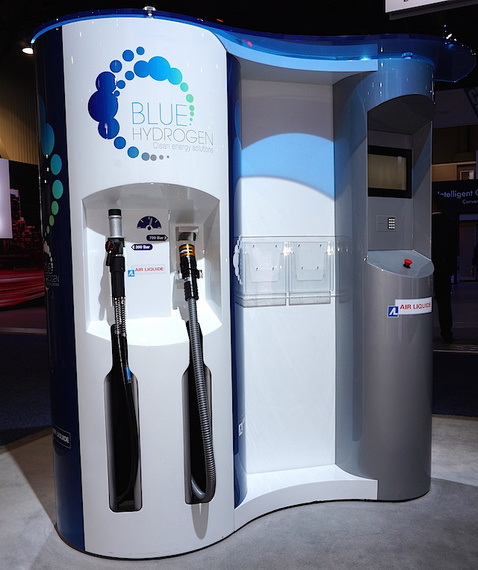 Hydrogen cars won't be limited to California. Hydrogen cars will be available for sale and lease in New York, New Jersey, Massachusetts, Connecticut and Rhode Island some time after construction begins on the first dozen hydrogen stations in these states next year.

I know what you're thinking -- the Hindenburg was high on hydrogen, and look what happened. Oh, the humanity!

Toyota's hydrogen tanks are essentially bullet-proof. And if a bullet does manages to penetrate the tank, all you get is a leak, not an boom. 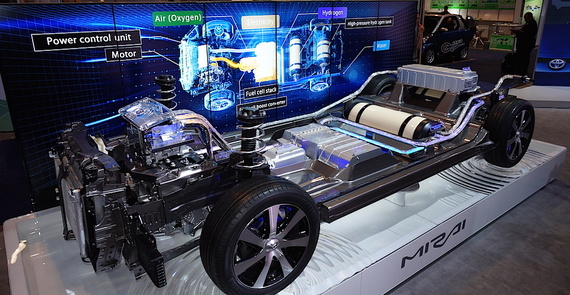 But there's one possible hydrogen hiccup. Hydrogen for FVCs comes from natural gas, and critics complain the green house gasses (GHG) produced by the production of hydrogen offset any savings from the lack of hydrogen car emissions.

Thankfully, hydrogen used for Mirai and other FCVs comes not from controversial fracking but a process called steam methane reformation (SMR) - yes, hydrogen is produced from methane. "There are plenty of renewable methods and demonstrations ongoing," Scott says, "and as the market expands, we expect renewable hydrogen to become more readily available."

For instance, by law, a third of the hydrogen produced to fuel the Mirai, Hyundai and Mercedes FCVs in California has to come from renewables. Companies like Air Liquide, which supplies the branded Blue H2 hydrogen for the initial pumps, have committed to make a large part of its hydrogen from renewables, according to Scott. And the government's National Renewable Energy Lab (NREL) in Golden, Colorado, is demonstrating a method to produce hydrogen via wind power.

Fossil fuel car technology is mature -- there's hardly any more carbon savings to be squeezed out of our current car ecosystem. And since a large percentage of our electrical power is produced by fossil fuel, even the purely electric car isn't as ecologically friendly as it's made out to be.

But hydrogen cars, which seem to have the highest carbon-free potential, are in their infancy. Many are the nay-sayed embryonic technologies that have matured into mainstream commodities, just as Doc Brown's DeLorean shifted from lightning to leftovers power or, more prominently, the rise of electric and/or hybrid vehicles.

As we have seen, there are plenty of technologies that can be brought to bear to produce GHG-free hydrogen, and more if entrepreneurs see a goldmine future in inventing a better/cheaper/ecologically-friendlier production technique. Maybe hydrogen can be produced using wind, electrolysis - produced from water, a process too expensive at the moment, or some yet-to-be-discovered garbage-to-methane-to-hydrogen process. If a third of hydrogen can be produced from renewables now, what might that percentage be in five, 10, 15 years? One thing we sure do produce plenty of, it's garbage.

Bottom line: it's much easier to imagine a future where little or no GHGs are produced with everyone driving hydrogen cars than it is with gasoline- or rechargeable electric-powered cars. 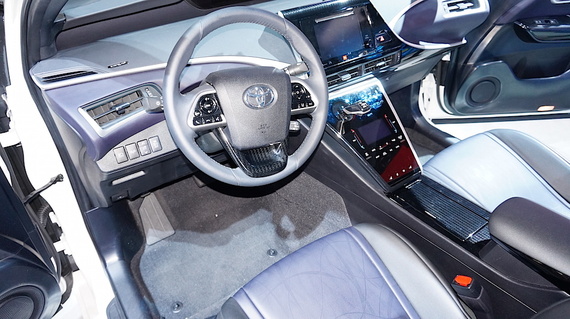