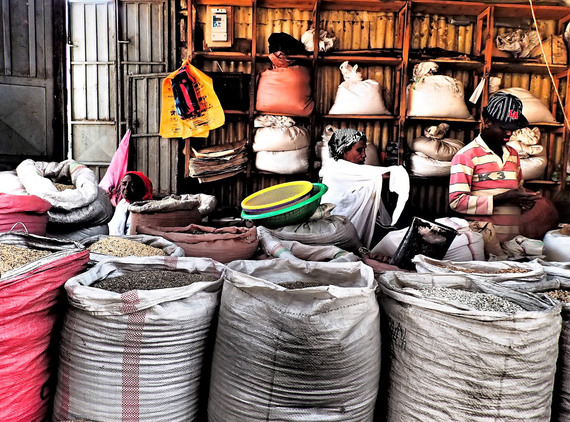 Some people worry that climate change is too hard to solve. Gridlocked politics, urbanization in the developing world, and the amount of pollution we need to cut all make the challenge feel too daunting.

It is true that fixing this problem is an enormous undertaking. But that fatalism ignores some real examples of accomplishments that were, it seems to me, even harder than the one that climate activists face.

On the political side, the most often cited example is the fight for marriage equality. After centuries of widely accepted and deeply ingrained discrimination, marriage regardless of sexual orientation is now legal in all 50 states. As recently as 2004, "marriage protection" ballot initiatives were used as a wedge issue to boost candidates opposed to gay marriage - and now the political advantage is reversed (on the national level at least). It was a turnaround engendered by dedicated activists and a focused political strategy.

But there's an even more striking example. In the last several decades we've managed to reverse a fact that was as old as civilization. It is something so important to so many people that changing it is, arguably at least, the best thing to ever happen in human history.

It has been estimated that at the beginning of the 19th Century four out of five people in the world lived in extreme poverty. As recently as 1990, long after we'd sent people to the moon, 37% of the world lived on less than $1.90 a day (adjusted for local economic conditions). We could hurl men across 250,000 miles of space and bring them back, but almost 4 out of 10 people didn't have the means for basic living.

But since then, through a combination of smart policies and economic growth, something nearly miraculous has happened. Extreme poverty has dropped to less than 10%, even as the world population has grown substantially. Billions of people are better off. There are not enough adjectives in the English language to convey the importance of that accomplishment in the lives of real people.

Of course, we need to temper our enthusiasm with the knowledge of how difficult it is to live on $1.90 a day, and the fact that about 700 million people still don't even have that. As I'm sure poverty activists will tell you, celebration should not be our focus while so many are still living in such appalling circumstances. But the enormity of the accomplishment cannot be overstated.

No one knows all the factors that caused this change, but thoughtful public policy and market economics clearly played a major role. Capitalism really is the greatest engine for prosperity the world has ever known. Economic growth is the only way to effectively lift lots of people out of poverty.

That doesn't mean unchecked capitalism is free of problems, like the highly unequal distribution of wealth or the damage it can cause to the natural world (including climate change). But it is a powerful tool and -- if governed by rules that channel its power in useful ways -- it can help solve our toughest challenges. That's an important lesson in the fight against global warming: the market will either make things worse or better, depending on the rules we establish for it.

Neither of these analogies is perfect. Gay marriage is not the same as fixing global warming, nor is reducing world poverty. Environmental activists have been trying to understand and apply the relevant lessons from each, while recognizing their uniqueness. But they show that seemingly impossible challenges are solvable, if we're smart and focused and don't give up.

So next time someone gives you a string of statistics to prove we can't overcome this problem, acknowledge the difficulty -- then ask them to join you in getting the job done.