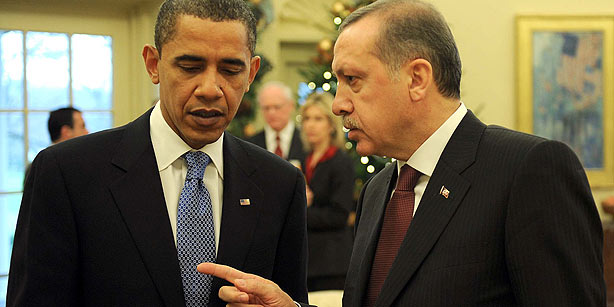 Journalism -- but 'good' journalism -- in Turkey, comes with a tough ticket that urges a fight against far too many windmills.

Two days ago I was called by one of those colleagues who, in a baffled tone asked me: 'Can you please enlighten me what this ban is all about?'

She was in Reyhanlı, a small town in the Turkish province of Hatay, bordering Syria, targeted by an heinous terror attack with two car bombs that blasted a ton of explosives, killing 51 people, causing carnage and huge devastation.

That she was working for an international news outlet only added to the confusion. It all had to with a ban on reporting the event, by a local court ruling, that said:

Turkey's powerful regulator, Radio and Television Supreme Board (RTÜK), was quick to send the decision around . What made it more than surreal was that it landed in the middle of a vast media domain, particularly with intensely buzzing social media, and caused either bitter smiles or confusion.

'The naked truth concealed by this strange legal language' wrote Orhan Kemal Cengiz, a lawyer, in his column, 'is a media clampdown using the imposition of a comprehensive censorship mechanism via court decision.'

"In this case, the court is banning not only reporting on the prosecutor's investigation but on anything to do with the incident. It doesn't seem likely that a prosecutor in a small town would demand such a comprehensive censorship decision from the legal system. It is not hard to imagine that some sort of diplomacy transpired behind closed doors and that the prosecutor was instructed by the Justice Ministry to file for such a demand."

Sigh, but nothing new.

Not so long ago, when Turkey's Prime Minister Erdoğan hastily gathered the conglomerate media for a careful 'terror coverage', it was the proprietors themselves that had offered a 'censorship' mechanism, and they had practiced it in conglomerate media successfully by a black-out on the bombing of Kurdish villagers by Turkish fighter jets. It was through the social media that the public had found out about the tragedy which to this day remains in the dark.

The surreal ban in Reyhanlı is yet more proof of how sad the state of Turkish media freedom is. Given the importance of Turkey as a critical regional player, its status as the negotiator with the European Union and the reform process which is going on for years, every such move to keep its media in leash only exposes it more as an issue to be addressed decisively.

"The issue of press freedom is at the core of Turkey's development as a modern democracy. Vigorous -- and often controversial -- internal debate is necessary to help reinforce Turkish leadership in the region and the strategic partnership with the United States" says a brand new report issued by the Center for American Progress (CAP), a powerful think-tank, known to be close to Obama Administration. What makes the report interesting is primarily its timing: it is issued only hours before Erdoğan lands in Washington DC for a critical meeting with President Obama.

It is obvious it is meant to highlight the crucial value of free, independent journalism at a time it is being more and more suffocated by destructive relations between politics of power and greedy ownership.

While identifying the punitive measures, such as jailing of -- mainly Kurdish -- journalists as urgent, the report is keen to nuance that the issues go far beyond the law and judiciary.

In a fair observation, it dismisses the comparisons of Turkey with Iran, China or North Korea as 'off base':

"Some organizations monitoring the situation in Turkey have drawn such comparisons in order to attract attention to the plight of imprisoned journalists, and while their motives may be good, such overreach undermines the wider political effort to ensure reform, as it provides the government with the opportunity to dismiss all outside criticism as overhyped. Turkey today is more democratic than in the past, if perhaps less socially liberal."

"Turkey's crisis of press freedom extends beyond the outright silencing of journalists through imprisonment... Much of the problem stems from the consolidation of major media holdings over the past two decades and the cross-ownership of media outlets by large conglomerates... Companies with interests across economic sectors often rely on government contracts or regulation, leading to situations where they are asked or decide to apply pressure to limit political criticism, which could jeopardize those interests or contracts. Numerous Turkish journalists cited instances where they were told to tone down government criticism or had columns pulled because of such concerns. This pressure manifests itself in direct pressure on news-outlet owners from government officials and more subtle forms of self-censorship from editors and journalists afraid of dismissal."

"Journalists and editors also report pressure on content from owners, leading to fears of dismissal. Indeed, there are countless instances of columnists or journalists being dismissed for refusing to tone down criticism or for breaking controversial stories."

"The concerns... should not shroud the fact that many owners, editors, and journalists are quite happy to self-censor or cooperate with the authorities. The motivations for this cooperation can vary from political proximity and personal ties, to business interests and a desire for access to information, to a genuine yearning for unity on issues of national security. The blame for such censorship does not lie squarely with the government but also has its roots in the varying quality of journalistic training and ethics across the profession in Turkey."

"Turkish society has also not fundamentally decided what balance of security and freedom of expression is right for their country -- should reporting on bombings or carrying the statements of separatists be considered criminal? The question of media ownership is also thorny, with no indication that the trend toward consolidated ownership of news outlets by large conglomerates is slowing."

For Turkey, a country in critical transition, freedom and independence of media must be non-negotiable. Question is whether or not this key issue will be sidelined by security and economic aspects of Turkish - American relations. 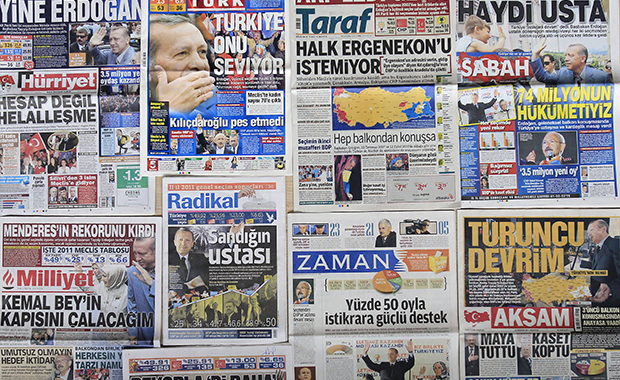