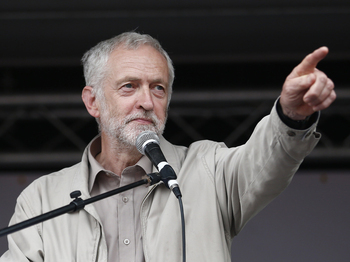 [Kenneth Ackerman is the author of the new TROTSKY in NEW YORK, 1917: A Radical on the Eve of Revolution.]

So you think American politics are nutty in this year of Donald Trump? Well, we are not alone. Take a look at someplace else in the world just as bad if not worse: Great Britain.

This year, Britain has not only given us its surprise vote last June to exit the European Union (known as "Brexit"), shocking financial markets, forcing out the country's Prime Minister David Cameron, and prompting its citizens to make "What is the European Union?" their most popular Google search the morning after they decided to leave it. But Britain has now gone further, reaching an ever deeper level of strangeness by wrapping its post-Brexit finger-pointing in a full-throated barrage of accusations over none less than Leon Trotsky, the famous co-leader of Russia's 1917 Bolshevik Revolution, assassinated in Mexico City in August 1940 on orders from Soviet dictator Joseph Stalin.

How can anyone possibly connect Leon Trotsky, dead 76 years, to the political mess British voters have dug for themselves in 2016? Stay with me. 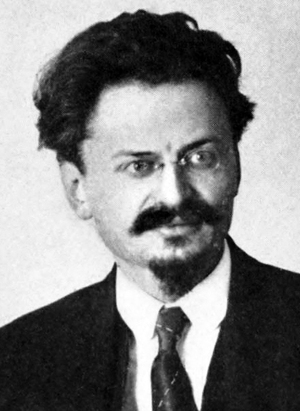 Here's how: Among other casualties of Britain's surprise vote to leave the European Union have been the out-of-power British Labor Party and its current leader, Jeremy Corbyn, a longtime Parliament member from North London. Following the embarrassing Brexit vote, Corbyn, like David Cameron, was widely criticized for ineffective leadership. As a result, party leaders demanded he step down from his leadership post, just as Cameron had done. Members of Corbyn's own Labor "shadow government" resigned in protest, and, in June, Labor members of the British Parliament voted "no-confidence" in Corbyn by 170 to 40, trying to force him out.

But Corbyn refused to quit. Among other things, Corbyn insisted he had a legitimate mandate from his party's members, having won his leadership post just recently in September 2015 with strong union backing and a 59 percent majority. And, he argued, no small cabal of parliamentarians should be able to overrule the members. Instead, he demanded a vote on his leadership from the full Party membership, which has now been approved and is expected in September.

The context quickly turned ugly, full of finger pointing and name calling, which is where Trotsky comes in. How on earth? Again, stay with me.

As Laborites prepared to vote, a question quickly arose: In this new contest for party leader, who exactly would count as a Labor Party "member" eligible to vote? Since Corbyn's election as leader in late 2015, membership had exploded. Nearly 180,000 had joined, including 130,000 since the Brexit vote, a huge increase over the party's earlier membership of 388,000 plus 150,000 affiliated supporters. Lawsuits were filed to prevent some of these new recruits from voting, but so far with mixed results.

And who are these new people suddenly joining the Labor Party, apparently planning to tip the vote for Corbyn? Finally, cue the organist. At least according to critics, some of them (gasp) were Trotskyists - extreme leftist followers of that same old Russian Leon Trotsky now conspiring to hijack the Labor Party for communism, revolution, atheism, and God knows what else.

This may sound like an odd flashback to old-style Cold War paranoia, what they used to call "Red baiting." But the man making this charge is none less than Tom Watson, the Labor Party's own deputy leader and a Corbyn opponent. "There are some old hands twisting young arms in this process, and I'm under no illusions about what's going on," Watson claimed in an interview with British reporters. "That's how Trotsky entryists operate."

Trotskyists? Or "Trots"? Or even worse, heaven forbid - "Trotsky entryists"? Like most conspiracy theories, this one turns out to have enough truth behind it to give it a grain of credibility. Corbyn, in fact, has a long leftist past. And Leon Trotsky too has had a strnog following around the world, including in Great Britain.

For those of you who may have lost track of the comings and goings of international communism since the fall of Soviet Russia in 1991, a quick aside: Yes, Leon Trotsky in 1917 co-founded the Russian Communist state along with Vladimir Lenin and other Bolsheviks of that era, served as its first Foreign Affairs Commissar, led the Red Army to victory in Russia's bloody 1918-1920 civil war, and helped create many of the regime's dictatorial institutions. [Frankly, I grew quite fond of him as a person writing my new book TROTSKY in NEW YORK, 1917, A Radical on the Eve of Revolution.]

But after Lenin's death in 1924, Trotsky lost a bitter power struggle to Joseph Stalin, who emerged as Soviet Russia's absolute dictator. Stalin expelled Trotsky from the country in 1929, killed thousands of Trotsky's followers, vilified Trotsky in a series of Moscow "show trials" during the 1930s, and ordered Trotsky's assassination in Mexico City in 1940.

Trotsky, meanwhile, became Stalinist Russia's harshest critic. Is a torrent of books, letters, and speeches, he blasted Stalin's dictatorship as a cancer on the workers' state and built a rival organization, the Fourth International, to promote communism free of Stalinism. He also spoke out against German fascism. As a result, Trotsky represented a historical alternative, the possibility that communist socialism could have worked and remains an option for radicals worldwide. Trotskyists, like Trotsky himself during his lifetime, reject parliamentary democracy in favor of worker-led revolution leading to overthrow of capitalism - but without the gulags and abuses.

In Britain, Trotskyism had a healthy following well into the 1980s, and Jeremy Corbyn, as a young union leader in North London in his 20s and 30s, found himself steeped in these leftist currents. In 1983, he publicly defended a Trotskyist group called the "Militant Tendency" against efforts by then-Labor leader Neil Kinnock to expel them. Then in 1988, as a back-bench Labor parliament member, Corbyn cosponsored a resolution calling on Soviet Russia to provide "complete rehabilitation" of Trotsky himself, saying:

"That this House [of Commons], in the light of the special conference of the Communist Party of the Soviet Union in one week's time, and of the judicial rehabilitation of [other prominent early Bolsheviks including] Bukharin, Zinoviev, Kamenev, Radek and Pyatakov, demands that the Russian Government goes further and gives complete rehabilitation to Leon Trotsky, Leon Sedov [Trotsky's son], the chief defendants in the [1938] Moscow frame-up trials, and all those innocent people murdered by the Stalin regime."

Corbyn has consistently represented a progressive wing within the Labor Party. During the 1990s, he frequently opposed then-Leader Tony Blair's more-moderate New Labor. When Corbyn finally won the party's leadership in September 2015, his was widely viewed a victory of the Left.

Which bring us to today. There are plenty of reasons for British Laborites to dislike Jeremy Corbyn. Some consider him too leftist, some not leftist enough. Others consider him simply incompetent. And yes, political name-calling has a long tradition in Britain just like America. But seriously, is Jeremy Corbyn a Trotskyist? Obviously not. As a Trotskyist, he would not be head of the British Labor Party. Rather, he would be trying to overthrow it.

Are some of Corbyn's followers Trotskyists? Probably. But not many. The popularity of revolutionary Trotskyism in Great Britain peaked thirty years ago. There are hardly enough true active Trotskyists left there today to overthrow the Falkland Islands, let alone the government of Great Britain.

The fact is, in Britain and America both, large numbers of people today are highly dissatisfied with the status quo and are insisting on drastic change. In America, they have fueled the campaigns of Donald Trump on the right and Bernie Sanders on the left, and in Britain many flocked to support Brexit. That flood of new Labor Party members is no different. Yes, they are leftists, but they don't need an old-timer like Leon Trotsky to lead them. They are a new generation with its own voice.

The issues facing Britain (and America) today have nothing to do with poor Leon Trotsky. Leave him alone and let him stand on his own two feet. The fact that the British Labor Party has allowed its leadership contest to descend to this kind of name-calling and finger-pointing is just one more sign of how unhinged this year has become. Welcome to 2016.