The great thing about Walter White, and the character arc throughout "Breaking Bad," is that he can be easily compared to a variety of figures from pop culture.

Vince Gilligan first described Walt's transformation as "From Mr. Chips to Scarface," and the comparison between Walt and Al Pacino's infamous drug lord makes sense. Of course, another obvious and consistent parallel in the series involves poet Walt Whitman. First referenced on "Breaking Bad" when Gale recites the poet's "When I Heard The Learn'd Astronomer" in Season 3, Whitman is mentioned again with a bathroom copy of "Leaves Of Grass," leading Hank to discover the real meaning of "W.W."

But there's still one striking comparison that is yet to have been explored in depth ... until now. Think back to when Hank first pondered the meaning of “W.W” in Gale’s lab notes. “W.W. Who do you figure that is? Woodrow Wilson? Willy Wonka?” Hank quipped.

Hank's name-dropping of the famous fictional chocolatier may have gone over your head the first time, but those with double Ws have more in common than meets the eye. Gilligan's allusions to Walt Whitman were fairly blatant in the series, but there are also several Wonka references sprinkled throughout.

Where does "Willy Wonka" fit in the world of "Breaking Bad"? 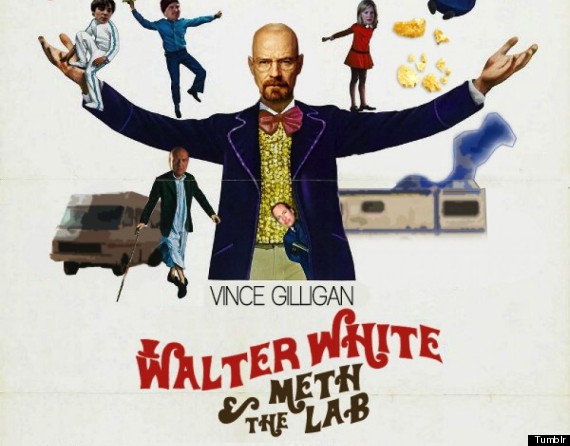 On the most basic level, the world of drugs and the world of candy have a lot in common. Mel Stuart's 1971 musical, "Willy Wonka and the Chocolate Factory," has been linked to multiple drug references for its psychedelic visuals and symbolism. It's no surprise Gilligan gave the film a few shout outs through Hank and Badger.

Candy, like drugs, also has addictive qualities. Walt’s blue meth has junkies forking out ridiculous amounts cash just to get a taste, while kids will do anything to get their little fingers on a Wonka bar. Drugs and candy, candy and drugs. At first glance, you almost can't tell the difference.

Drugs and candy both get you "high."

Drugs get users high, but what about candy? Jesse's first hit of heroin is pretty similar to Charlie and Grandpa Joe's experience with the Fizzy Lifting Drinks, and they literally get high.

Sure, the Candy Man in "Willy Wonka" is a sweet candy shop owner who sings to the kids and passes out free treats. But Candy Man is also a popular moniker for a drug dealer, and there were plenty of those in "Breaking Bad."

Just passing out some meth …

But for real, White and Wonka actually have a lot in common.

They are both the heads of an empire, innovators behind the top-selling, most desirable products in their respective markets.

They both have a knack for chemistry and cooking.

Both Walt and Wonka become a little maniacal and terrifying at times.

They will also do anything to protect the product.

Wonka shuts down his factory for three years and has an employee (Slugworth) pose as his enemy to test the children’s honesty. And what will Walt do to protect his precious drug business? He'll pretty much tell any lie imaginable, fake a fugue state and kill everyone in his way. When it comes to enemies, these two have the perfect recipes on hand.

Over the course of Walt’s evolution from timid high school chemistry teacher to drug kingpin, he not only becomes more possessive of his product, but also of his money. Near the end of the series when Jesse wants out, Walt threatens to not give him his well-deserved cut if he leaves, and there's something very familiar about the way he says it ...

Ah, that's right, Wonka explodes in the exact same way toward Charlie as a final morality test. But neither Charlie nor Jesse are swayed by avarice and threats.

Does this mean Jesse is to Walt as Charlie is to Wonka?

Just as Wonka denies Charlie a lifetime supply of chocolate he rightfully won, Walt refuses Jesse his well-deserved earnings out of anger and greed. Both Charlie and Jesse are the younger, morally sound and honest protégés, the most compassionate characters in their respective film and series. Wonka ends up givings his factory to Charlie, while Walt, in a way, gives Jesse his most prized possession, a talent for chemistry, by teaching him the craft.

Furthermore, in the end they both do the right thing: Charlie returns the Everlasting Gobstopper to Wonka rather than give it to Slugworth, and Jesse tries to redeem himself by giving away his drug money to those in need.

While W.W. can stand for a lot of things, there's no denying that there's a bit of Gene Wilder's Willy Wonka in Bryan Cranston's Walter White. The connection is pretty clear; clear as what now? 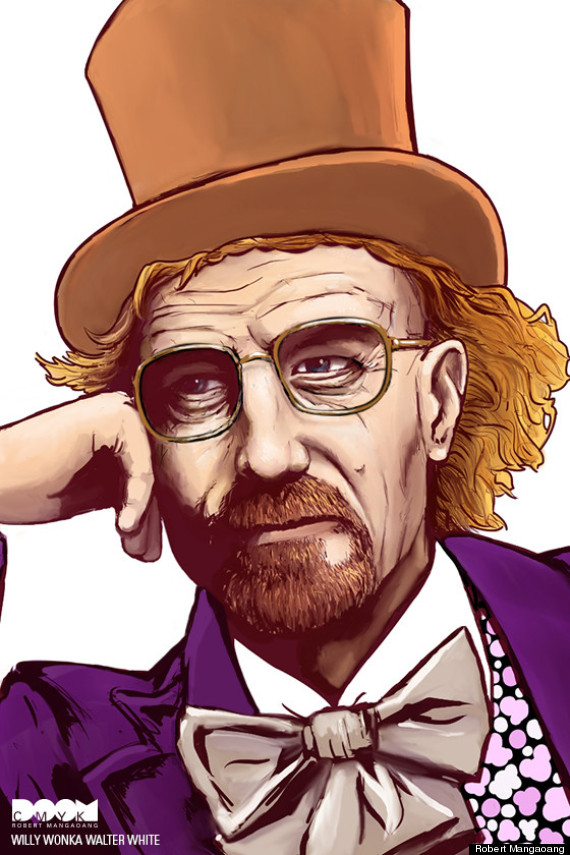