About two-thirds of nearly 1,000 business owners surveyed recently by Pepperdine University's Private Capital Markets Project expect to transfer their ownership in the next 10 years. But will those owners be able to sell the fruits of their years of labor for an acceptable amount? Maybe, maybe not.

The large majority of companies in the U.S. are privately held, and valuing private companies is particularly tricky, because of the difficulty of estimating their future financial performance.

Investment bankers and business brokers in the Pepperdine survey said that about 1 in 3 of their engagements to sell companies (presumably public and private) terminated without a deal closing last year. The top reason? Investment bankers reported the cause was most often a valuation gap in pricing. For business brokers, a valuation gap was tied for the top reason, along with what was described as unreasonable non-price demands by one of the deal parties. In fact, roughly 20 percent of the busted deals for these brokers and bankers were due to a valuation gap in pricing, they reported in the Pepperdine University 2014 Capital Markets Report.

In other words, the buyers and the sellers couldn't agree on how much the company was worth. If you've ever watched the ABC show "Shark Tank" you've seen this happen before. As "Shark" Daymond John has lamented, owners seeking investors often place unreasonable valuations on their companies.

In transactions to sell a company, financial professionals don't all use the same formula for determining a company's value. The Pepperdine survey found that the methods for valuing businesses varied among private equity firms, business brokers and investment bankers, with some using income, some using assets and some using market-based approaches. Those who use market-based approaches also reported using a vareity of methods for determining deal multiples.

Business owners considering an ownership transfer at some point in the future should always be thinking about the value of their company, says Libby Bierman, an analyst with Sageworks, a financial information company.

"Since valuations are often based on cash flow or earnings, improving those should be a high priority," she said.

"Benchmarks can be an invaluable instrument to help business owners know how a company ranks relative to businesses in the same industry or same geographic area," according to Bierman. "How profitable are they relative to peers? Are expenses too high compared against sales or compared with competitors?" 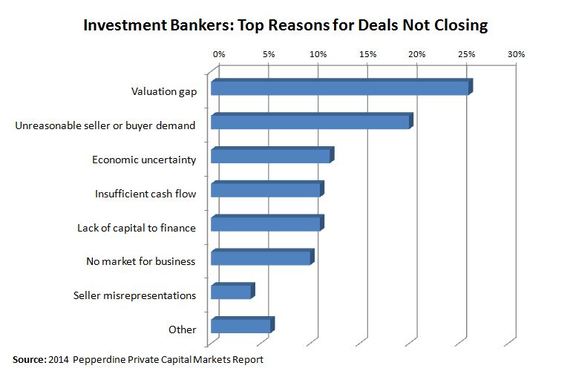 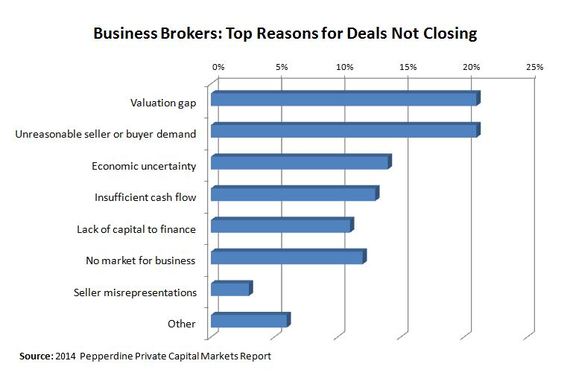 Some accountants can help provide benchmarks and can help business owners figure out how to address weaknesses or build upon strengths. Some can also provide valuation services or help with succession planning that doesn't involve a sale to outsiders.

In any case, the last thing a business owner wants to happen is to be surprised by how little others think the business is worth - right when the owner is ready to transfer ownership.