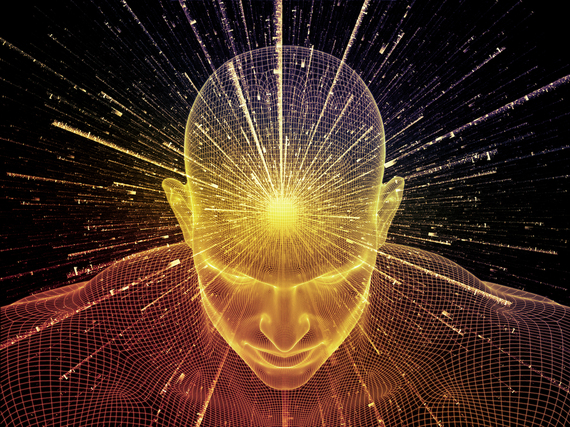 Most areas of life have outward signs to convey your various successes and accomplishments. From training certificates to college degrees to job titles, our lives are full of evidence of milestones reached. Someone who spends a lot of time working out often has the toned physique to show for it. All a musician has to do to prove their experience is to start playing their instrument.

Knowing all about spirituality is very different than embodying spirituality. Similarly, knowing all about bodybuilding doesn't mean a person has a muscular physique. This is something that can be very difficult to accept. Those who have dedicated their lives to studying spirituality may wear that training as a badge of honor. The truth is that spiritual advancement is not measured in degrees, meditations, years or even decades. It's measured in lifetimes.

Some strive to prove their spirituality through a certain behavioral pattern. They may act a certain way, wear flowy clothing, and radiate serenity, never showing even a hint of anger. Yet, true spirituality has nothing to do with outer appearances or philosophical beliefs. There is such a thing as a grouchy saint. A truly spiritual being can be Christian or Hindu or dare I say, even atheist, or at least not interested in spiritual doctrines, philosophy, or behavioral modification.

Understandably, this can be quite distressing for some people. Their self-esteem, their ego, is built upon such superficial criteria as appearance, behavioral changes, or philosophical beliefs. Their self-esteem has been unnaturally inflated. They have used these outward measures to prove to themselves and the rest of the world they are spiritually advanced. Ironically, these are the very people who will be the first to claim they have transcended their ego and left the self behind. After all, isn't spiritual advancement supposed to mean freeing oneself from ego?

As with many aspects of spirituality, the ego is misunderstood. On a superficial level of life, ego is all about the personality self. On that level, selfishness is distasteful. However, as you evolve, the ego does not go away. You do not become self-less. In fact, the self becomes huge, as you become one with everything in existence. On this deeper level, Self-ishness is not petty. It lovingly embraces all that is because you are one with all that is. So, "selflessness" really means the transformation of ego, not the annihilation of ego.

As the ego transforms, the personality self does not go away. It simply becomes integrated with, and in harmony with, the deeper Transcendental ego. This doesn't necessarily look dramatically different on the surface of life--perhaps an even greater source of frustration for those attempting to prove their spirituality by how they behave.

The entire arena of spirituality is elusive and therefore often misunderstood and distorted by popular culture. Understanding that the ego is not an enemy to be battled and discarded, but something that transforms and is experienced more deeply can be helpful. How did Swami Muktananda say it? "If you dedicate your life to self-improvement, all you have to show for it at the end of your life is an improved self."

Founder & CEO of The Center of Rational Spirituality, and the founder and developer of Mount Soma.