Emerging synergy between the health and indoor environment industries. 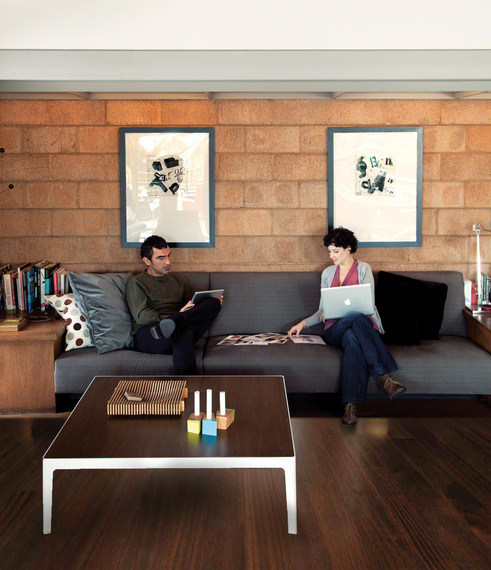 Vancouver newlyweds Han and Laura Lee started noticing a pungent smell after they had a new bed set delivered to their home. They suffered itchy eyes, a sore throat and headaches. Subsequently, Laura had a miscarriage. The couple started to suspect that something was wrong with the air in their bedroom. The Lees had the air in the bedroom tested and found the level of formaldehyde, a known carcinogen, was more than five times what Health Canada says is safe.

In early March, 'CBS 60 minutes' carried a piece that revealed formaldehyde levels in Chinese-made laminate flooring exceeded the California emissions standard from 6 to up to 20 times. They found that Lumber Liquidator, one of the largest retailers of hardwood flooring in the United States were selling these floorings.

Such headline news are happening before our eyes! This a critical moment in our history as we are beginning to closely examine the quality of our interior air and the furniture and products we use indoors. As such, the field of environmental sustainability has become more interesting. Human health issues are now being linked to chemicals that were at one time used for 'good reasons' but have had unintended adverse health hazards.

Certain products from decades ago that were used for fire safety, have resulted in unintended consequences. For instance, because California required in the seventies that upholstered furniture meet certain flammability standards the foam inside many of the sofas and recliners were filled with pounds of toxic flame retardants. These retardants were intended to stop the spread of fires. However, they have been proven ineffective and studies have found them to be linked to cancer and problems in fertility and IQ. Additionally, it was found that they also have had negative effects on the environment when they were released into the air and water during the manufacturing process.

On average, Americans spend 90% of their time indoors. The magnitude of this number should not be underestimated. We can no longer ignore the effects that our indoor environment has on the sustainability of our health as well as our planet. Furniture manufacturers and most recently laminate floor suppliers have started to make changes so that we can have a safer indoor environment.

As a result, a new standard, administered by California's Bureau of Electronic and Appliance Repair Home Furnishings and Thermal Insulation called TB 117-2013, went into effect on January 1, 2015. This much needed policy change requires a smolder test for fabric and removes the need to use fire retardant chemicals to fulfill the standard.

Global furniture manufacturers such as Steelcase have begun to preemptively pull back on their use of flame retardants and expand their offering of products without these harmful chemicals. In addition to stringent research and consideration of the environmental effects of the making and use of their products, companies have begun to consider their influence on the wellbeing of the people within the spaces that are furnished with their products. Through their research, findings and subsequent design changes manufacturers like Steelcase are able to substantially influence the commercial office - a space where a great chunk of our 90% of "indoor time" is spent.

Such connectivity is borne out in The WELL Building Standard released this past October by Delos Living. They are a pioneer in "Wellness Real EstateTM". This complement to USGBC's LEED rating system attempts to bridge the gap between the health and wellbeing of the individual with that of the environment. It is the first ever guide to design and construction that, with the help of the Mayo Clinic, incorporates insights from the healthcare sector.

It strives to connect the dots in this newly emerging field. Every recommendation they put forth is intended to address specific physical and cognitive concerns. They are categorized as Air, Water, Nourishment, Light, Fitness, Comfort and Mind. In each category, a design element of a space is linked to the physical effects it can have on the human body, teaching us a new way of thinking about the space around us and the massive impacts it has on us.

As of this writing, more changes are taking place. Due to the '60 minutes' piece on laminate flooring, Lumber Liquidators announced on May 7, 2015 that it was pulling all of its Chinese-made laminate flooring and bringing on the former Federal Bureau of Investigations Director, to ensure safety of its products.

As evident in these examples, the ability to integrate knowledge from different industries such as healthcare and design is a game changer as we think of our indoor environment. Manufacturers are now being conscious not only of one thing but have become adept in identifying and implementing mutual benefits that will improve the wellbeing of the individual as well as the environment. In this new way of looking at our indoor environment, it seems like we might be onto a safer and healthier world.