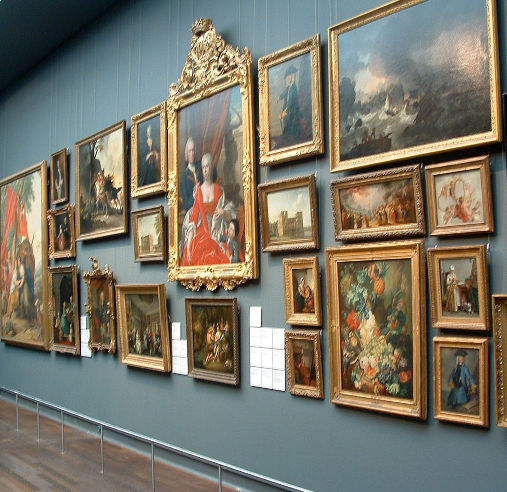 For some years now, behind the scenes and in galleries and museums, artists and curators have been discussing the transformative effects electronic and digital technologies are having in the arts. As a curatorial adviser on digital art -- the founder of Art Digital Magazine, which has the largest online archive in the world of feature-length interviews with new media artists, writers and educators -- I've participated in quite a few of these debates.

With some expected delay, works of art made with digital tools are becoming more accepted in the mainstream, as the intersection between the arts and sciences becomes intractably intertwined. This has led some to wonder: Is the word "artist" becoming outdated? We now have nomenclature for new mediums and genres, so what about the people creating those works? Who's a "technologist" versus who's an "artist"? Or does it make better sense to just call a person on the cutting-edge of art and technology, a "creative"? In addition, there is a growing need to understand and incorporate new social constructs, such that the institutions of art and culture can reach their audiences and, thus, remain relevant.

Just like the industrial revolution, which started out as a technological leap forward in agriculture and manufacturing 200 years ago and 100 years later entered a second wave that ended up being a catalyst for great change all around - literally transforming interactions between race and class - the digital revolution is not just about online entertainment, easy chat and techno-gadgets. No, its causation reverberates much deeper than that.

Here's a quick for instance. Through mass production, as Europe moved from Gutenberg's hand press, invented in 1440, to the 19th Century, printing went from a luxury to something ubiquitous and quite affordable. This in turn saw the rise of public libraries and literacy rates went up dramatically. It may seem hard to believe now, but once upon a time, books were essentially to be found only in well-funded religious institutions and in the homes of the rich. There was no such thing as the local community college, the public library or the neighborhood Barnes & Noble. And as far as fine art printing went -- as in, lithographs of artists' works -- until the industrial age, there was no such thing as editioning off 300 prints for prospective clients.

Today, commerce and culture are happening in a virtual realm, resulting in real, quantifiable, socio-economic change. And while oil paintings and industrial age print types continue to dominate in galleries and museums, art facilitated by digital tools is popping up everywhere.

As humankind takes another leap forward, whether or not it likes it, this past century's art hierarchy will not escape certain changes in what they show and to whom and how they show. And who better to talk to about these new shifts than Nina Simon, editor of the blogazine Museum 2.0. She's a successful, well-educated white woman, who says, quite frankly, "museums are too white." 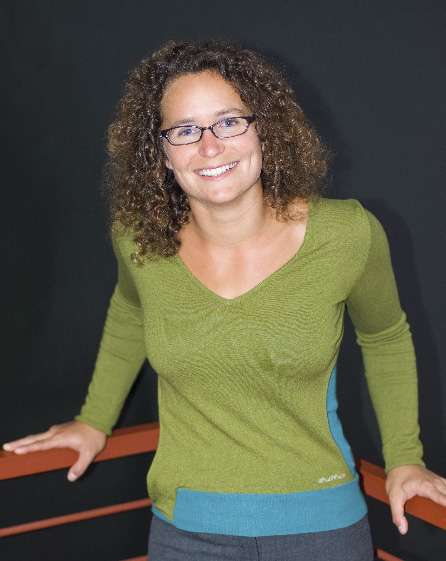 Max Eternity: On your web site, it says Museum 2.0 explores ways that web 2.0 philosophies can be applied in museum design. Could you give a explanation of what that means?

Nina Simon: There are so many examples of expectations around authority on who produces cultural content. I'm interested in how that impacts what happens in traditional cultural intuitions.

Tim O'Reilly defines Web 2.0 as software that gets better the more people use it. I'm interested in that question. How does a museum get better as people walk through the door, not worrying about how someone is dressed or if they will break something, instead seeing people as individuals who can share their expertise and stories to improve everybody's experience?

ME: So, in addition to what they show, the question must also be asked: who are they showing to and how?

NS: Right and how is a visitor not just a consumer but a participant with that concept.

ME: In an article you wrote last year entitled "Deliberately Unsustainable Business Models," you say museums are made to plod along, not to shoot to the moon. What's that about?

NS: I think it's not specific to museums, a lot of non-profits work this way. A for-profit is made to make a lot of money -- to fill your place and make money. There is an understanding that many of those business are going to fail. When you create a museum and you are going to protect these artifacts, or feed the hungry or whatever it is, there's an expectation that you're going to be around for a while to provide that program or service. So non-profits are fundamentally not built to achieve a business objective, they are built to provide services, which leads to a mentality of self preservation, not innovation.

ME: So how should museums go about choosing to survive or be "awesome," as you say? Can they do both?

NS: Well yes, they definitely can. However, survival can't be your first goal. There are some that need to focus on being awesome, but some not. For instance, if you have the Venus de Milo, that is a conservation ethic and goal about being safe. However, if you are the Bloomington Art Center or the Arizona Science Center, why not try to do whatever you can to really fulfill you mission in a way that's gong to be exciting? You have to make choices in what you do. It's about taking some risks.

A lot of work I do with museums is to help them get comfortable taking some risks. I create experiences that allow museums new ways to connect with audiences.

ME: Another article you wrote this year, asks: "What Does it Really Mean to Serve 'Underserved' Audiences?" In the piece you state, "Most large American museums are reflections of white culture." They are "comfortable for whites, while feeling alien for people who don't grow up in a white culture." That's a bold statement to make and being that you are white, that makes it even more surprising. Explain further, if you will.

NS: Well, I can't speak for all museums. I have been in many museums where that's not the case. But, I think it's certainly known historically that most American museums were created in collaboration with some white person who had a collection or created an endowment, which caused that museum to be. So, this has resulted in museums having had goals about educating the lower class and the masses. Maybe white culture isn't the best to describe it, but a particularly type of upper class or culture, that may or may not be white.

This article was particularly about the science center that I talked about in the piece and in this case the teens were predominately black. But it's more than just about race. Museums are a reflection of a particular kind of elitism that tends to be white. The majority of visitors are white and there is a real need in museums is to find out how they can invite non-whites to come in. It's about saying: Hey we're here for you too.

When you really talk to people about "why don't you come," the answers are complex but it's always about who feels comfortable inside versus who's being shut out.

ME: I think, too, it probably has to do with the broader ramifications of new technology, but what else specifically would you say is at the root of recent cultural and living anthropological shifts?

NS: Anthropologically, I think that in history and anthropology museums there has been a rise in the value of viewpoints on particular events -- on the use of oral history to captures a story. There's not just one story, there are many stories here. So, how can we invite many voices to be a part of this story -- this object?

ME: Tell me about your book The Participatory Museum. What's it about; why did you write it?

NS: There are a lot of arguments about loosening up authority, opening up the co-creation of the content inside. I feel great about that. Running the blog for the last year, I had a pulse on the concerns. What's the story -- what's the utility of this?

Then people were asking about the how, with their boards asking: What should we do? How can we get comfortable with this? So, I wrote the book not just to argue why, but to give people tools and resources around how; case studies and design techniques around particular aspects in participations.

Let's look at what's possible to do. Explaining how with examples of how, is what I felt was really needed to get people to the next level.

ME: So, Nina, with all that you've said, how would you summate this dilemma, while also speaking to a new modality for building and sustaining a successful museum?

NS: Again and again, I've found that the only way to make museums comfortable, exciting places for diverse audiences is to spend time with people who are not like you; to listen and understand what they like, what they need, what they respond to. We all have internalized biases about how we want people around us to behave and I frequently see those biases butt up against aspirational statements about diversity. A museum will say they want to attract teens but then the guards growl at kids who travel in packs or are too loud. A museum will say it wants to attract working people but it closes every night at 5. This is why I love working with people who are not traditional museum visitors. I learn so much from them; things that are hard for me to see as an insider.

There is a museum culture and it does affect who does and doesn't feel comfortable visiting the institution. If we ever want to really make these institutions as accessible, open and diverse as possible, we have to confront the biases inherent in the culture, and question them.

Value the people over the traditions. Show some respect and love for someone who is different from you. 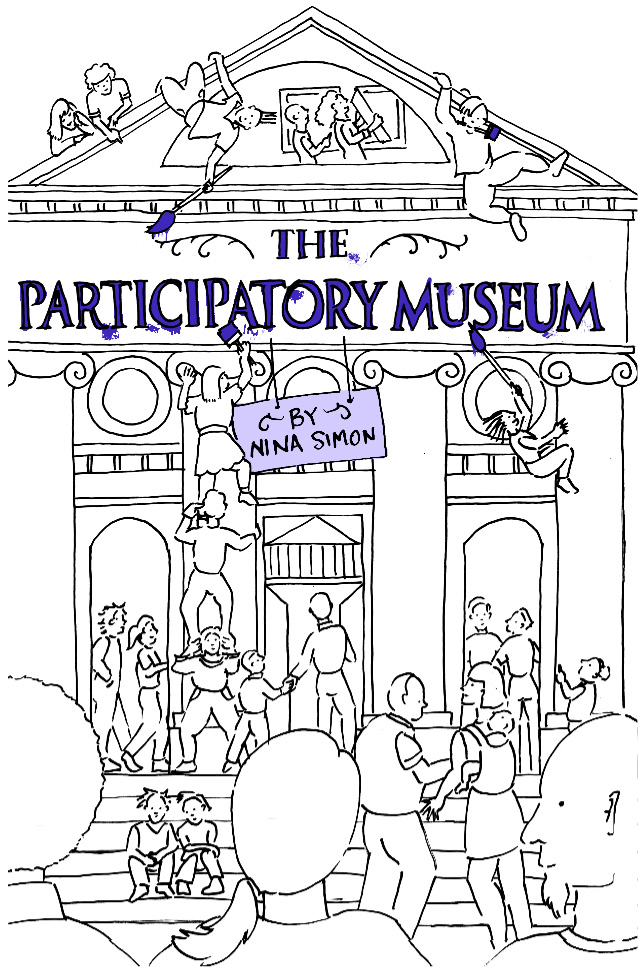