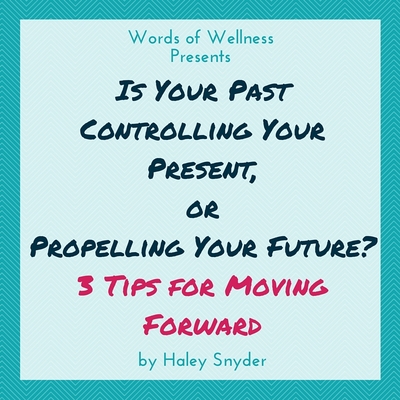 I am the first to admit that I lived in a space of victim-hood for a long time - and it was necessary. It wasn't something that I could 'snap out of', because I was actually a victim.

We are all victims, of one thing or another.

I was a victim of childhood molestation, adolescent bullying and abuse by daycare providers, rape in college, and then marriage to a manipulator who starved me every way possible. I let all of these things control my actions and my reactions, not because I was lazy, or because I wasn't trying hard enough, or because I lacked in any area.

I let these things control my life because I didn't know any different.

Due to the fact that I had my innocence stolen at 4 1/2, I never knew how to connect to people on an intimate level (emotionally, spiritually, or physically) - especially men. As I started to date, I began to notice that the men that were attracted to me were abusive and manipulative. I thought it was because I was worthless and flawed like my first abuser told me.

Once I hit college, I began dating a little more, but I was terrified. I wasn't just terrified of guys; I was terrified of being in public, of eating, of failing, of everything! I was the perfect target for my future husband, and I fell for him hook line and sinker.

After a couple of years with him, we got married, and after a couple more, divorced. I started treatment for all of the mental illnesses that had built up over the years and succumbed to what I thought was a death sentence of misery. I was lonely, sick, in physical and mental anguish, suicidal, and I felt like a complete failure.

The thing is - you would never have known it. I finished my degree, I was recovering from the eating disorder, I was excelling in the therapies that I was participating in, and I wrote and self-published my own book! That is the magic of a people pleasing perfectionist. I was a horribly miserable, outwardly successful person.

My past was still controlling my present.

I was a serial dater, choosing men that were terrible for me, making choices that were dangerous for me, and generally doing things that were risky for me. It wasn't until August of 2014 that I decided that something REALLY had to change. I was suicidal all day every day, and I had done every therapy that Minnesota had to offer, so I looked around and found a trauma treatment program in Dallas.
After a 21 day program there, my life took a turn... for the better.

It was in Dallas that I realized that my traumatic history was controlling every action and reaction in my life. I was living my life on auto-pilot because I couldn't learn any differently - the pattern had been set so early on that it needed specialized treatment to correct. I worked my tail off on my trauma, and decided that it was no longer going to control me.

When I came home, the adjustment was hard, but I got involved in a local church, made positive friends, experienced incredible healing, and got a really great therapist who understood where I was coming from.

As time went on, I grew stronger and stronger, and I started to make my past propel me into my future.

I am a strong, resilient, independent, hard-working, free woman who gets to make her own decisions on her own time with her own mind. I am not ashamed that my past controlled my life for a time because that is how it works for all of us until we reach a point where it doesn't.

I would love to give you "5 Easy Steps How Not to Let Your Past Control Your Life", but it wouldn't be honest. It's a process, like everything in life.

What I can give you, are 3 tips for the transition between your past controlling your life and your past propelling your future.

1. Give yourself grace: Most likely, you have been through some stuff. Stop beating yourself up, and
remember that you are human.

2. Trust the process, there is nothing new under the sun: Everyone goes through this process -
don't let anyone tell you that they have always used their past for motivation. We all get down; we
all stumble, just get back up and keep trucking.

3. Get back up and keep trucking: You won't move from victim-hood to victor-hood unless you keep
working on your well-being - mind, body, and soul. You cannot go through this life in auto-pilot
and expect to have huge revelations and forward movements - it takes work.

Are you tired of where you are? Are you ready to move forward?

Well, the great news is... YOU CAN!!! One step at a time and you will always get to where you are going.

Give yourself grace, trust the process, and keep trucking. 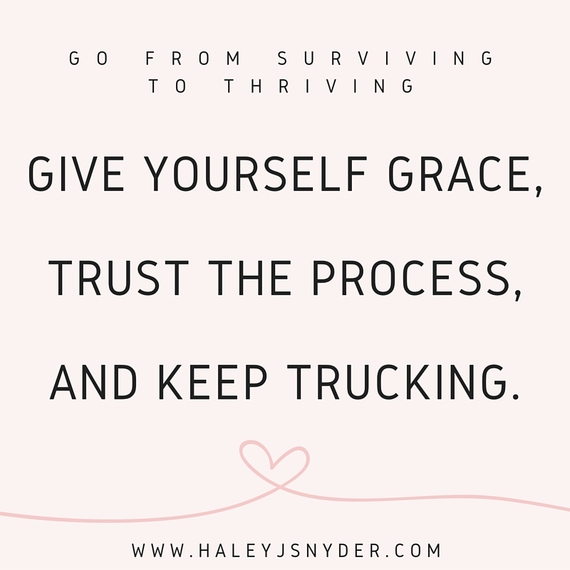 Your Favorite Writing and Empowerment Coach, 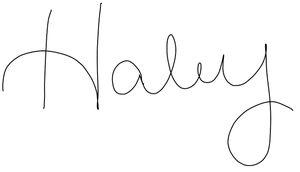 Check out my new "Outline Your Masterpiece" 6 Week Mastermind Course to Develop and Solidify the Outline of Your First Best-Selling Book!