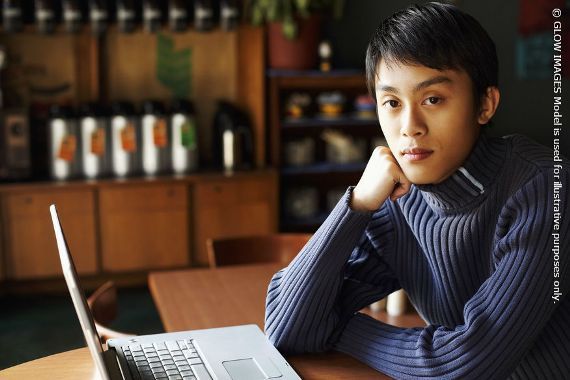 Addiction comes in many forms, but there's a relatively new face on the block that has silently slipped its way into family life. It's now a global problem, but there's one country that is battling it with fierce determination.

China considers Internet addiction a national health crisis and feels it is the number one health threat facing its teenagers. It is the first nation to classify it as a clinical disorder and it has established more than 400 rehab centers designed to treat teens with Internet addictions using military-inspired tactics.

The PBS TV documentary "Web Junkie" follows the lives of three young teenage boys whose parents admit them out of desperation to one such correctional facility south of Beijing. There, they spend at least three months in a jail-like boot camp, which includes a total lack of computer access.

For the three teens in "Web Junkie," their gaming addiction, sometimes referred to as "electronic heroin," leads them to drop out of school, neglect their family and friends, and experience poor health due to lack of sleep, proper nutrition, and exercise. But perhaps the greatest ill-effect is related to their perception of reality. According to one teen in the film, referring to the "real world" versus the virtual, he says, "Reality is too fake."

How do you reprogram a teen to recognize that the cyberworld is actually fake? That's not an easy question to answer, and it's one that's being grappled with in treatment centers.

Addressing the spiritual needs of young people could be a key factor in the process.

Feelings of loneliness and anxiety often accompany gaming and online addictions. Yet genuine love and peace have their foundation in a divine source that can't ever be exhausted, and are discovered, as one spiritual teacher explained it, in "spiritual living." She wrote, "Spiritual living and blessedness are the only evidences, by which we can recognize true existence and feel the unspeakable peace which comes from an all-absorbing spiritual love" (Science and Health with Key to the Scriptures, Mary Baker Eddy).

Superficial highs promise fulfillment but instead bring dissatisfaction and restlessness. The teens in the Beijing treatment center looked online for virtual friends and spent countless hours gaming, which estranged them from their parents. One boy was required by a therapist to face his father and simply say "Dad" 30 times. It was a touching scene when in the middle of the exercise he stopped and simply looked into his father's eyes with a sense of connection.

Raising children today requires parents to effectively manage both the usefulness and vices of being "connected." As a parent of teens, this hasn't been without its challenges, but my husband and I have seen the importance of defining clear limits for Internet usage, as well as providing a religious and moral education that includes Bible study and Sunday School. This has helped give our children a compass for making wise decisions, as well as any needed course-corrections.

This summer when our soon-to-be freshman in high school headed off to summer camp to be in the mountains and by a lake, he left the computer behind and handed us his phone with, perhaps surprisingly, hardly a flinch. It was clear his "trade" wasn't just due to camp rules, but because he knew camp offered the kind of satisfaction that is achieved in the "real world," with actual woods and mountains to explore and goals to achieve, including spiritual ones. He also had friends to chat with into the night and in person.

The Chinese parents' desperation to help their boys in "Web Junkie" was heart-rending and turned me to scriptural wisdom for answers. I was reminded of a statement Jesus made to his disciples when they failed to heal a boy who was mentally unstable: "This kind goeth not out but by prayer and fasting." He then restored the boy to health. He tells his disciples that with faith "as small as a mustard seed" they would be able to "move mountains."

Internet addiction among teenagers and young adults may feel like an immovable mountain, and our understanding as parents of how best to help may seem mustard-seed small in comparison to the problem. Still, the solution can begin with vigilant parenting. There's a need to fast from enabling hours of online entertainment and instead focus on nurturing strong family bonds, encouraging time spent exploring the wondrous natural world, and recognizing the innate spiritual purity and goodness in teens.

Focusing on these things can only help with stability in all areas of life, including striking the right balance with time spent on the internet.

US Presidential Election 2020
Breaking news, analysis and the latest polls on the presidential race from HuffPost’s politics team
See More
More:
online gamingparenting teensprayerParentsinternet addiction
Newsletter Sign Up
Raise the kind of person you'd like to know
Subscribe to our parenting newsletter.
Successfully Subscribed!
Realness delivered to your inbox