Earlier this year, I had the honor of speaking with Isaac Marion, the author of one of my all-time favorite books, Warm Bodies. And when I say all-time favorite, I mean like, top 11. (I go to 11 because One Fish, Two Fish, Red Fish, Blue Fish gets an honorable mention.)

I read Marion's Warm Bodies and fell in love with it to the point that I stalked him online, begging for an interview. And he is either a glutton for punishment or just as nuts as I am because not only did he agree the first time, he came back for more.

VB: First of all, congratulations: the trailer for the film adaptation of your debut novel, Warm Bodies, recently premiered and is currently featured on the front page of IMDB! How did that feel?

IM: The day the trailer went live I was snow-bound in my RV in a tiny rural town in deep Montana, where I continued to be trapped for most of that week, waiting for a thaw. So I'm sitting there in my RV, miles from civilization, while the Internet is lighting up with my name everywhere, friends and industry people calling to congratulate me... my surroundings really added to the "surreality" of that moment.

But it was an incredible moment, because before the trailer, this whole thing was all very hypothetical. Only a tiny percent of savvy people even knew this book or movie existed, and with nothing but a few promo images to go on, no one really knew what to expect from the movie. The trailer finally made it real in the public eye, which is the first big test, and the reaction was overwhelmingly positive. It feels like this is really happening now. 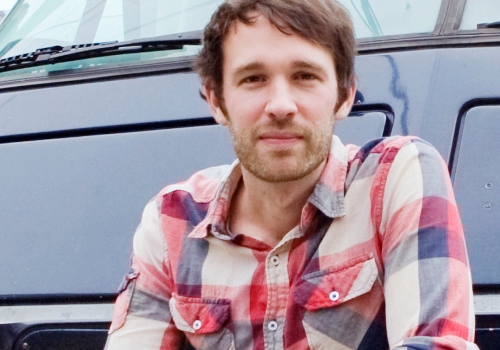 I recently caught The Twilight Saga: Breaking Dawn - Part 2 and was thrilled to see Warm Bodies in the opening previews. Your book is often mistakenly lumped in with that series. How do you feel about being compared to Stephenie Meyer's work?

IM: I dislike comparisons in general because they're usually lazy and reductive to both works. I wish people were willing to dig a little deeper than the surface elements of a premise before tossing one story in with another. Of course I realize comparisons to Twilight are inevitable with marketing being what it is, and of course I'm grateful for any new readers I've gained through that, but Warm Bodies really is a different kind of story. It's different in the way that Watchmen is different from X-Men and Cabin in the Woods from Friday the 13th. Whenever people actually read the book, they find it's not at all what they were expecting.

Last time we spoke you were looking for a publisher for your collection of shorts, The Hungry Mouth. You ended up running a limited pressing of 500 copies and have sold out -- will fans be able to get their hands on that title again?

IM: I don't really know what's going to happen with The Hungry Mouth right now. About a third of its page count was a Warm Bodies-related novella, which I've since hatched other plans for, so as a collection it's a bit deflated now. I definitely still want to do something with those stories as I think they're some of the best writing I've done, but they'll probably have to wait a while.

So, now that you are writer-famous -- what are your plans for the premiere on Feb. 1? Will you be walking the red carpet?

IM: I have no idea how premieres work. I'm definitely attending, but will I be walking the carpet and flashing grins for TMZ? I don't know. It's all a bit terrifying. I need to buy a suit or something...

IM: Haha, you're adorable. I can't really give many details yet, as I'm still getting it all hammered out in my head. In very general terms, it's about R and Julie finishing what they started. Fighting death. Trying to build a better world, and a better humanity. The scope will be wider, but also more personal. R may exhume some memories he'd rather keep buried.

Lastly, can you give readers your take on the whole thing? What is it like having your first full-length novel be turned into a highly anticipated feature film?

IM: I'll sound like an asshole saying this, but I think I might be getting a little numb to it all. After two years of regular shocks to the system -- You got published! You got a movie deal! Stephenie Meyer! Simon Pegg! Malkovich! -- the surreality has soaked into my bones and I've kind of just gotten used to my life being weird and amazing. I adapt to things quickly, including good things, which I wish I could shut off sometimes. My friends have to keep reminding me how crazy my life has become, and then it hits me fresh and I just slap my forehead and think, "Wait, what... ?"

Read more of my interview with Isaac Marion at the Donnybrook Writing Academy. Catch the "Warm Bodies" trailer here at the Huffington Post and head over to Amazon to grab a copy of Isaac Marion's debut novel before the adaptation hits theaters Feb. 1.