I first got my hands on Isaac Marion's debut novel Warm Bodies last fall. I haven't seen a zombie love story since Return of the Living Dead 3, and (Melinda Clarke's fantastically pierced nipples aside) we all can admit that was a bit of a crap-fest, so I was eager to dive into this story about a zombie yearning for the connection of humanity again. What I got was one of the most beautiful books I've ever read. It's poetic, violent, romantic, gore-filled, soul-filled, and just utterly brilliant. Marion's taken the classic zombie apocalypse formula and spun it into something completely new and different. 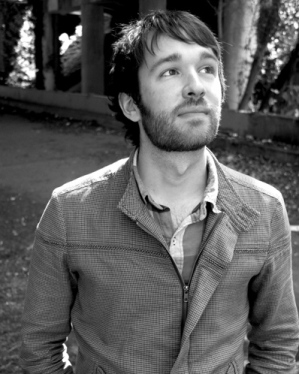 Okay, first thing I have to get out of the way: I think you may be some kind of freak of nature, because not only am I huge into horror/zombie culture, I'm also a Shakespeare nerd and Sinatra fan, and somehow you take three of my loves and spin them into this incredible story. Did you originally set out to combine elements of horror, literature and music or did it all fall into place in your head?

It all fell into place pretty organically. All I knew from the beginning was that I wanted to explore a classic horror trope from an unexpected angle, shine a different light on it, turn it and the genre it represents inside out. As the character of R developed, and he started to become this sensitive, curious, almost childlike creature who's fascinated by the human culture and history that he's lost, it seemed only natural that he'd have an affinity for all things classic and timeless. The fact that he finds a lot of interests in common with the young humans he meets -- who've lost their link with civilization as well and are longing for a better world -- is a pleasant surprise to him and one of the first connections he forges with humanity.

I just can't stop gushing about this book -- and considering the subject matter, gushing is probably a good word! Did you imagine when you started how great this story was going to flesh itself out? Okay, sorry, that's my last pun. I swear. Maybe. Don't quote me on that.

To be honest, not at all! I was absorbed by the concept, and I could sense that the zombie apocalypse premise was ripe with metaphor and commentary as well as some delightfully nasty humor, but when I first started putting it together I wasn't sure if I could build something worthwhile and resonant out of all these tired genre clichés. It surprised me when the story bloomed in my head; it really just exploded into being in a matter of days and I was thinking, oh my God! Where did this come from? I've got a real novel here!

Having your first novel become a feature film has to be pretty amazing -- how are you handling the impending mega-fame?

Mega-fame is probably stretching it a bit. I might end up on the low end of writer-famous, which might be just slightly higher than poet-famous, slightly lower than city-councilman-famous. To be a famous writer these days you have to either write a series of bestselling young adult novels/films or be Stephen King, neither of which I have done. So I'm not too worried about mega-fame.

Despite not physically matching your vision of M, I have to say Rob Corddry's a fantastic casting choice -- I can totally see him in the role. Did you have any say in the casting of the leads?

I was consulted in the early stages of the process, and may have helped narrow down the list a little. I'm not sure what would have happened if I seriously objected to any of their casting, but luckily, I didn't. I love the cast. They paid more attention to the actor's personalities than their physical appearances, and I think that was the right choice. Personality is what matters in a character, not superficial indicators like height or hairstyle or even skin color, and the personalities of the cast all fit beautifully. Particularly Nicholas Hoult. R is a quiet, subtle character who has to communicate a lot through body language, and I was so worried about how anyone was going to portray him and his shy, awkward, halting attempts at speech. Nicholas absolutely nails it; he brings the character to life in a way I wasn't sure was possible.

Okay, three words: John. Effing. Malkovich. How crazy is it to have one of the greatest actors of all time in your movie? I think I would wet myself in fear.

I wet myself in fear when I arrived on set and someone pointed behind me and said, "Oh hey, there's John!" and I turned around and shook someone's hand and then realized exactly which John this was. I think he'll do really interesting things with his character and it's great to have a name everyone recognizes in the cast to prove that it's a real movie. It was a big coup to get him onboard.

Zombie puns are inevitable when talking about this book. I forgive you. I just recently finished a book of short stories called The Hungry Mouth, which my agent is shopping out to publishers right now. Two-thirds of it is a Warm Bodies prequel novella, so I'm pretty excited about that. Currently I'm working on a spec script, and then... one of the five or six novel ideas I have queued up waiting impatiently to be written!

Want more from Isaac Marion? Read the full interview (it's pretty epic, and we get way too nerdly into the zombie genre) at The Donnybrook Writing Academy!

Photo © Tiffany De Mott, used with permission by the author.