Renowned author and activist Isabel Allende explains why she's a feminist and encourages women to keep working on behalf of each other. 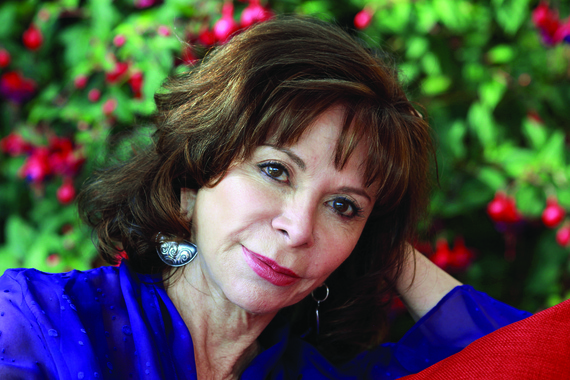 I have been a feminist since before the word was invented. I grew up in Chile. At the time Chile was a socially conservative and Catholic country--a patriarchy like everywhere else. I come from a family of very strong men, and the patriarch was my grandfather. I had never heard the word feminism, but I was an angry kid and grew up with rage against all forms of authority.

I was very protective of my mother. I felt that she somehow was a victim. I didn't know the word victim either, but I felt that everything was so unfair to her. My father abandoned my mother when I was three. The marriage was annulled, and my mother was a 24-year-old woman with 3 babies and no money and no training in a social class where women mostly did not work. She had to go back to live with her father, my grandfather, who gave us a home and protected us.

I grew up observing my mother, feeling very protective toward her but wishing that I could be like my grandfather. Wishing I could be powerful and free and have my own resources to take care of my mom. While my uncles had money and freedom, they could come any time and no one would ask. My mother was treated like a kid--she had no income of her own and depended completely on the benevolence of my grandfather or her older brother.

This anger was reflected, from a very young age, in every aspect of my attitude toward the patriarchal society--against the police, the teachers, the institutions, and of course against the church. I left the church very early, to my mother's and everybody's dismay. But I couldn't handle it. By age 15 or 16 I was already getting a feeling that I was not the only one who felt this way, and that there was nothing wrong with me and that something was happening--not in Chile, but somewhere else.

I got married at 19 years old and had kids by age 21. My husband got a scholarship and we went to Europe with our oldest daughter Paula. Then, in my early 20s, I read The Female Eunuch by Germaine Greer, in English, with a dictionary. Here was articulate language, with humor, expressing what I had felt all my life. I couldn't believe it. I started reading like crazy. I realized that this movement was going on. When I came back to Chile, I was pregnant with my second child.

For the first time in Chile people were talking and reading about things like virginity, abortion, domestic violence, contraception, drugs, and early pregnancy. All the stuff that was hidden under the table and never spoken of was exposed. A young woman I didn't know--she was around my age but brought up in Europe and the United States--was creating the first women's magazine in Chile. It was a feminine, glossy magazine, like Elle, but with a feminist take. She read a letter that I wrote to my mother at some point and said, "Do you want to work for us?" While working for the magazine I became a real feminist because I knew what I was talking about and was able to publish.

I can't remember a time when I have not been a feminist. I'm very proud of it. And yet, it's not enough. There are still countries in the world where women will be executed for adultery, where it is illegal to be a woman. And I know that now some young women don't want to be called feminists. Find another word, because we still have a lot to do.