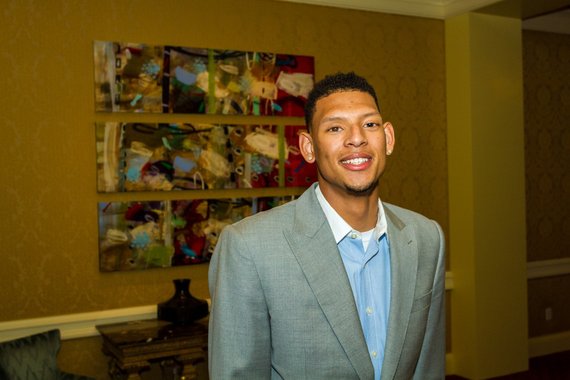 Mike Kasdan speaks with former Baylor basketball star, Isaiah Austin, about overcoming adversity, the power of sports as a platform for leadership, and the meaning of true achievement.
--

Isaiah Austin is a phenomenal basketball player: He is a game-changing legit 7 footer. A shot-blocker in the mold of Bill Russell - or as the 21-year-old Austin prefers - Dwight Howard. A tenacious rebounder. A smooth low post scorer. An energetic leader on the court, with a track record of post-season success. 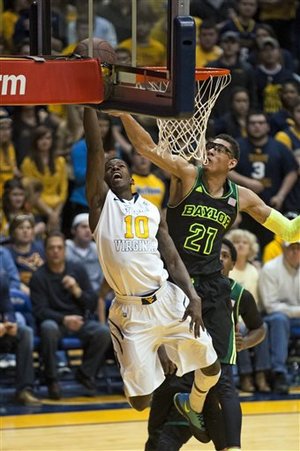 Despite all this, Isaiah Austin will never play basketball in the NBA.

But there is no doubt that Isaiah Austin is going to have a positive impact on this world. He is showing the world how to overcome adversity. He is showing by his example that what defines you as a person is how you overcome the obstacles placed before you. Austin is overcoming his obstacles with grace and intelligence, by giving back, by doubling down on the values he believes in, and by inspiring countless others. And he is showing that he is an even greater man than basketball player.

Good Men Project Sr. Sports Editor Mike Kasdan had the occasion to meet and interview Isaiah Austin, while he was visiting New York last month. This is his story.

The rough outlines of Isaiah Austin's story are well known to many fans of college and NBA basketball.

The former Baylor University basketball player burst on the scene as a freshman as an immediate superstar. Despite being blind in one eye, due to a childhood injury, the energetic and intelligent 7'1" shot-blocking force anchored Baylor's run to win the NIT College Basketball Tournament.

The following year, Austin led Baylor's improbable run through the Big Twelve and deep into the Sweet Sixteen round of the NCAA Tournament. After two dominant college seasons at Baylor, Austin declared for the NBA Draft, where he would have been a sure-fire first round pick, only to learn during a pre-draft physical that he had Marfan Syndrome, a rare genetic disorder that affects the body's connective tissue.

Days from recognizing his lifelong dream of playing in the NBA, it came to an abrupt end. Austin made the emotional decision to forgo a basketball career. Unfortunately there was no other choice.

"When I was in the 8th grade, I went up for just a routine dunk in warmups, and when I came down it was just like a red curtain had just shot over my eye . . . The next three years I had surgery after surgery . . . trying to save my vision, but it just wasn't happening . . . By the end of my junior year I was completely blind in my right eye. I had to relearn everything . . . I couldn't even pour a glass of water without spilling it . . . In basketball, what I learned was I had to put myself in the right position so I could see the whole court. Just adjusting."

Austin came from a good background, a solid family that emphasized the value of academics and surrounding himself with quality people.

By eighth grade, he was being recruited by NCAA basketball programs, including Baylor. Eighth grade was also when Austin aggravated a prior freak injury to his eye - he had been struck with a baseball when 10 years old - which led to a detached retina. From the age of 14 to 16, he endured four separate surgeries. But to no avail.

Drawing strength from himself and his family, he adjusted. Completely blind in his right eye, he had to relearn everything. From pouring a cup of water without spilling it to walking through a doorway without banging into it. That he was able to continue playing basketball at such a high level is a testament to his athletic gifts, but more so to his intelligence and tenacity.

"I really had to learn to cope with things differently than other people would. I really just had to become a man fast, and know that life isn't fair, and know that I am going to be faced with obstacles each and every day. It's just how I work my way around them that defines me as a man; that defines the character I have."

Despite the eye injury, one that he did not make public until last year, Austin had a dominant career as a student athlete at Baylor, including an NIT title as a freshman and a Sweet Sixteen NCAA tournament run as a sophomore.

Off the court, Austin focused on academics, and spoke genuinely about the fact that - no matter what sport you play - being both an athlete and college student at the same time - requires a difficult balancing of time and relationships.

When diagnosed with Marfan Syndrome - the moment that turned his world upside down - Austin was surrounded by his family and friends. Drawing on his experience dealing with the frustration and unfairness of his eye injury, Austin had to take stock and refocus. 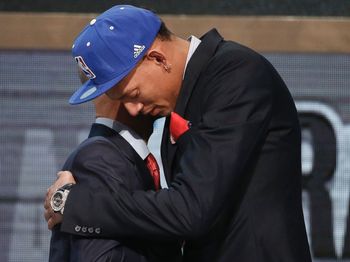 One of the most poignant sports moments of 2014 -- a moment that Austin described as "bittersweet" -- was when Austin was selected as an honorary draft pick at the 2014 NBA Draft. Here's a look at that moment on video.

Poised in a way that makes you forget he is only 21 years old, it also makes Austin smile that he was recently added to the NBA2K15 video game. He has played the game and is mostly happy with the skill rankings that he was given.

Austin has also become a leading voice helping to raise awareness for Marfan Syndrome and Founder of the The Isaiah Austin Foundation, a non-profit that provides support for the awareness and research of Marfan syndrome and related illnesses, and those affected by them.

He is also a motivational speaker and - most recently - the spokesperson for the Haier Achievement Award - a scholarship program that recognizes deserving student-athlete for their achievements beyond sports.

"What they are trying to do is go around the country awarding student athletes with scholarships for excelling not only on the court or field through the sport they are playing, but in their communities and in the classroom . . . It's a lot of things I really take heart to."

As noted above, Isaiah Austin has been selected as the National Spokesperson for the Haier Achievement Award to bring awareness to the inspiring stories of student-athletes for achievement beyond sports. It's a perfect role for him.

The award is a scholarship program awarded by the College Sports Information Directors of America (CoSIDA) and Haier Electronics that recognizes student-athletes for achievement beyond sports. This may include community service, academic excellence, overcoming adversity or a variety of other qualities.

It's good work, and, like Austin, Hande and Shepherd are athletes that should have a brighter light shone upon what they are doing - both on and off the court.

"I feel like sports is a great way to reach out all with people across the world because so many people can relate to it . . . There is somebody who is a fan of a sports team somewhere who is going to look up to the superstar of that team. For that superstar to be involved in the community, be involved with the politics of our nation, it really shows that we can have a bigger meaning to this world than just Lebron James, the dunker. We can be Lebron James, the person who helped to inspire another person to be great."

One of the things we are seeing a lot recently at Good Men Project Sports is the trend of athletes becoming more socially and politically active, and using sports as a platform to connect to social issues.

Austin is another athlete that is living that, using the platform he has because of his success in sports and his terrific story of perseverance to publicly lead on issues that reflect his values: addressing illness, emphasizing the value of education, and inspiring others.

Isaiah Austin has it right. We need more people who lead and who inspire. We need our athletes to be more than dunkers, but people who inspire off the court.

Isaiah Austin is well on his way.

Authors Note: Despite feeling incredibly short the entire time, it was an absolute pleasure for Mike Kasdan to meet Isaiah and his team. 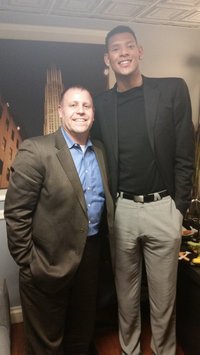