This week, ISIS released a video showing the captive Jordanian pilot First Lt. Muath al-Kasasbeh being burned alive, the latest act of brutal violence that has earned the group the wrath of the world. 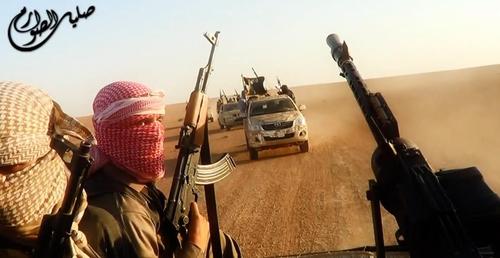 The group calling itself the Islamic State of Iraq and Syria has decapitated foreign journalists and aid workers, terrorized towns and villages, enslaved women and girls, and murdered anyone they deemed as standing against their tenet -- all in the name of purity.

Four decades ago, in a different part of the world, another bloody regime sought to purge the impure.

During the Khmer Rouge reign of terror in Cambodia (1975-1979), barbarity had neither limits nor borders. Skin torn, bones broken, heads smashed, throats slit, limbs amputated, soldiers shot. And many torturers were tortured in turn, perceived by the new crop of interrogators as "tainted" and "impure" due to their long exposure to their victims' confessions. 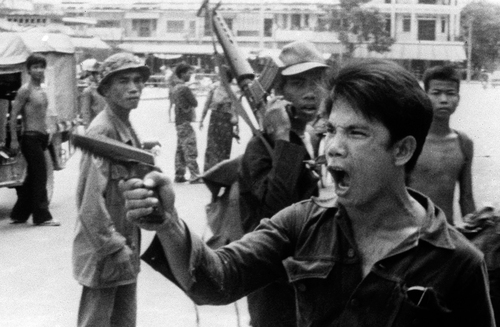 Even high-ranking party members of the radicalized communist regime were imprisoned, interrogated and killed during its many purges. At the infamous Tuol Sleng detention center in Phnom Penh, now a museum, some 20,000 prisoners were estimated to have been mutilated and murdered, among them a few well-known former Khmer Rouge members themselves.

The rural Cambodian communist combatants captured Cambodia in the aftermath of the Vietnam War in 1975, having been radicalized by constant American bombings along the Ho Chi Minh Trail (wound down from Laos through Cambodia) and indoctrinated by the Vietnamese communist army. They were obsessed with purity. They sought to return Cambodia to a land of peasantry sans foreign influences. Their leader, Pol Pot, thought China's cultural revolution under Mao hadn't gone far enough, as too many intellectuals had survived. He would do better. The effect, however, was that of a snake slowly swallowing its own tail. Two million people perished in the process.

The Khmer Rouge met its demise in the jungle of Southeast Asia over three decades ago. But its murderous spirit has found kinship in the desert sand of Iraq and Syria, among a militant group calling itself ISIS.

The similarities of two of the most blood-thirsty regimes in modern times are striking.

Both came to power after their lands suffered invasions, bombings and bloodshed perpetrated by none other than the United States. Both felt legitimized to defend their territory from western powers, and were trained by America's enemies, the Khmer Rouge by North Vietnamese Communist Army and ISIS by Al Qaeda. Both eventually rejected their "big brothers" and established themselves as independent groups. Both became more emboldened with the withdrawal of U.S. troops.

They have educated leaders: Some reports claim that Abu Bakr al-Baghdadi has a doctorate in Islamic Studies; Pol Pot was a high school teacher who studied in France, a privilege for the very few from Cambodia at the time. And both men were known as quiet young men at their beginnings, but who transformed into extremists hell bent on genocide and terror as their modus operandi.

The energy behind the Khmer Rouge was a rural rage that came from years of seeing their land bombed and invaded by foreigners and feeling helpless. When the peasants were given arms, they slaughtered their enemies the way they did their farm animals. In time it became an unstoppable bloodlust. When they took over Cambodia, they began to kill Vietnamese immigrants, Chinese descendants, mixed-race Cambodians, intellectuals, urban dwellers, various religious groups.

They wanted a pure race that was ruled by the peasantry, but the ethnic cleansing led to internal purges that undermined Khmer Rouge rule. The current leader of Cambodia, Prime Minister Hun Sen, was a former Khmer Rouge officer who fled to Vietnam in 1977 when he himself was targeted. Two years later he came back with the Vietnamese communist army in tow and drove the Khmer Rouge back to the jungle, and has ruled Cambodia ever since.

ISIS, like the Khmer Rouge, is obsessed with ethnic cleansing. It went after Christians and Yazidis and Shia Muslims, hell bent on returning Iraq to Sunni rule. According to UN High Commissioner on Human Rights, Navi Pillay, "They are systematically targeting men, women and children based on their ethnic, religious or sectarian affiliation and ruthlessly carrying out widespread ethnic and religious cleansing in the areas under their control."

In Mosul last year, ISIS executed 679 Shia prisoners in what the UN called "crimes against humanity." They also went after homosexuals and in a highly reported event threw a man accused of being a homosexual from a building. When he survived, they stoned him to death.

But the similarities end there. Cambodia was not under sectarian strife like Iraq. It lasted for four years under the Khmer Rouge until Vietnam invaded. It was a weak state with no discernible infrastructure and dependent on China's support to survive.

On the other hand, it is doubtful that ISIS will disappear anytime soon. For one thing, the United States is not in a position to return on the ground level, and experts predict that even with a ground invasion it is doubtful ISIS can be defeated. Bombs can only do so much. ISIS is a political problem and not just mere a military one. Supported by millions of Sunnis, it would disappear underground even if the United States were to reinvade Iraq. The insurgents would simply return when America exhausts its treasures and withdraws again.

It remains to be seen whether ISIS, like the Khmer Rouge, might fall apart if left on its own. Iraqi militias allied with ISIS will most likely not subscribe to their extreme version of Islam over time. But so far there are few signs of an implosion. There have been reports of internal purges when Baghdadi came to power, using assassination teams to go after scores of rivals. But unlike the Khmer Rouge, ISIS has supporters in rich gulf nations and has recruited fighters from all over the world.

Will there be a Sunni revolt against the extremism of ISIS? Analysts don't think so. Writing for Vox.com, Zach Beaucham writes, "Though ISIS still insists on imposing its extremist interpretation of Islamic law in the territory it controls, it also sets up institutions that look a lot like a proto-government. They've installed health care clinics, run public forums where ISIS operatives socialize with adults, held activities for children, policed neighborhoods, and collected taxes."

Perhaps with international efforts, ISIS can be contained, weakened and driven back to its stronghold in Syria. But it isn't expected to die an easy death. Even so, its crimes against humanity demand all efforts. The Khmer Rouge, left to their own devices, murdered nearly a quarter of its own population. The world cannot possibly wring its hands and watch to see what ISIS might do if it established a permanent home in Iraq.