The first reports that Islamic State militants were destroying cultural heritage sites came soon after the group seized large swaths of Iraq and Syria last year. Such accounts have since become commonplace.

The famed ancient Assyrian capital of Khorsabad, which had survived for 2,700 years, was reportedly ransacked and razed this month. Also in March, militants reportedly bulldozed the ancient city of Nimrud, and leveled the 2000-year-old city of Hatra. A shrine believed to be the tomb of biblical figure Jonah was blown up in July as onlookers wept.

In the extremist-held city of Mosul, thousands of books have been burned. Videos posted online show militants smashing artifacts in the Mosul Museum. The list of lost treasures goes on.

The Islamic State group, motivated by a violent interpretation of Sunni Islam, believes religious shrines heretical and has said it considers their destruction its duty. There is abundant evidence, however, that monuments and artifacts in territory under Islamic State control are not just being destroyed, but also are being looted on an unprecedented scale. Some believe these looted antiquities are part of a multi-million dollar smuggling industry that helps fund Islamic State extremists.

The American Association for the Advancement of Science's comparisons of satellite imagery of archaeological sites in Syria show many cultural sites have been looted and damaged during the four-year civil war. In the ancient walled city of Dura Europa in eastern Syria, for instance, images show that thousands of "looting holes" emerged between 2011 and 2014. 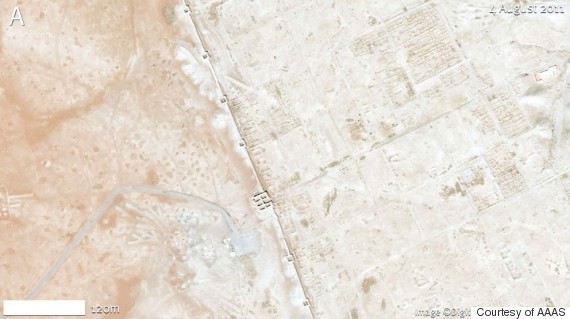 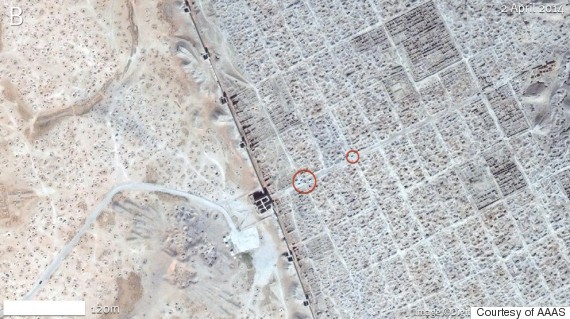 The looting is not specific to territory controlled by the Islamic State, however, and it preceded the group's presence in some areas. "ISIS came to a pre-existing situation," Syrian archaeologist Amr al-Azm told NPR. But once in power in these areas, ISIS streamlined the process of looting and trafficking, al-Azm said. The militants profit from the practice, al-Azm alleged, by taxing sales of antiquities.

"What we think Islamic State is doing is looting sites for antiquities that they can easily market to middlemen because those antiquities will be hard to trace back to Syria," Michael Danti, a professor of archaeology at Boston University, told NPR.

While ongoing hostilities make it hard to verify who is doing the looting and the ISIS role in it, the rising number of antiquities reaching foreign markets indicate that things have shifted since the start of the war.

“The number of antiquities that have come to us over the last few years has increased dramatically. We attribute that largely to the unrest and the war zone that’s been created in Syria and much of the Middle East,” Christopher Marinello, director of Art Recovery International, told The WorldPost.

Marinello's organization provides a searchable database for private art dealers, as well as law enforcement, to monitor stolen and looted art. "Some people get paid very little for the objects that come out of the ground and then the middleman adds their markup and it goes through an extensive chain,” Marinello explained. “We’ve seen evidence of objects going through Turkey and Lebanon, making their way to Western markets through Switzerland, Germany, U.S. and U.K." 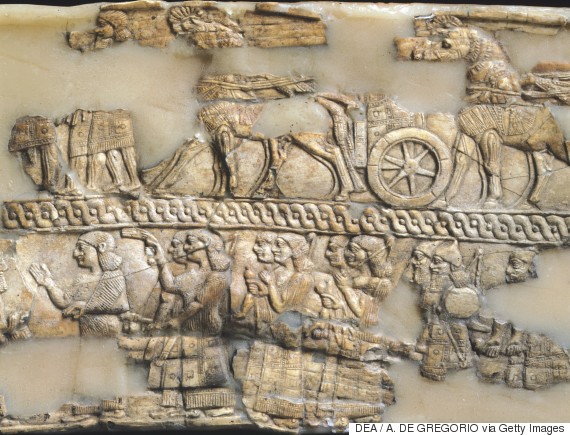 Determining Islamic State ties to the looted artifacts is extremely difficult. It may indeed be that ISIS is profiting from the sale of looted antiquities. That would certainly be consistent with the group's well-noted history profiting off smuggled arms and oil.

Complicating the issue further is that when illicit antiquities are found, establishing provenance -- the history of ownership -- is no easy feat. According to art recovery experts, it can be very hard to determine whether an ancient object left its place of origin 100 years or 100 days ago.

"Antiquities are a notoriously difficult issue," James Ratcliffe, director of recoveries at the Art Loss Register, told The WorldPost. "People are digging things up that haven't been seen for thousands of years. That means that, unlike with stolen art, no one knows what it is."

Marinello and Ratcliffe both said antiquity collectors are now being extremely careful about anything with potentially troublesome sources. But as bad dealers look for profit, the trade of looted antiquities continues.