Every week, The WorldPost asks an expert to shed light on a topic driving headlines around the world. Today, we speak with Charles Lister, visiting fellow at Brookings Doha Center, on the Islamic State.

It's been one year since the Islamic State insurgent group declared its caliphate, changing its name and proclaiming leader Abu Bakr al-Baghdadi as the caliph of all Muslims. Since then, the group has radically expanded into a number of countries across the globe while seizing cities and towns in Iraq and Syria.

Currently locked in a battle with regional forces on the ground and targeted by U.S.-led coalition airstrikes, the extremist group is also the subject of an immense effort to take back the territory it brutally occupies. But in spite of this campaign, the militants have persisted and still control swaths of territory as well as significant resources.

The WorldPost spoke with terrorism expert Charles Lister to understand how the group is functioning, the reality behind its expansion and what's changed in the year since the establishment of their so-called Islamic State. Lister is a visiting fellow at the Brookings Doha Center, and author of both a book on the Islamic State and a forthcoming work on jihadist groups in Syria.

Is the Islamic State group more or less powerful now in terms of territory, resources and fighting forces than it was a year ago?

While it remains difficult to definitively measure the Islamic State's size in terms of a fighting force, the simple answer is that the group did grow as a fighting force since the declaration of its caliphate a year ago.

At that time, the organization was purely a Syria- and Iraq-based organization, and they probably commanded about 25,000 to 30,000 fighters on the ground in those two countries. One year later, I would probably estimate those numbers to have doubled in Syria and Iraq.

One year later, I would probably estimate those numbers to have doubled in Syria and Iraq.

That significant increase in manpower on the ground can largely be explained by the group’s somewhat forced co-opting of smaller fighting forces in Iraq and young men in areas of Syria. The militants essentially co-opt them to join their organization when they’ve taken over their towns, and many of those men literally have no other options.

Outside of Syria and Iraq, the Islamic State has expanded quite significantly -- perhaps an awful lot more than a lot of analysts would have expected a year ago.

Officially speaking, the Islamic State is now operating in 11 countries. Some of those are much smaller in scale than others. In Libya, the Islamic State has a fairly sizable force operating on the ground, controlling territory and providing governance and other services. In many respects they’re trying to replicate the model that we’ve seen develop in Iraq and Syria. We see this on a smaller scale in Egypt as well.

Officially speaking, the Islamic State is now operating in 11 countries.

In Nigeria, through the recent pledge of allegiance by Boko Haram, we clearly see a large militant organization now officially fighting on behalf of the Islamic State.

When Boko Haram pledged allegiance to Abu Bakr al-Baghdadi, it was unclear how strong the link was between the group in Nigeria and the organization in Iraq and Syria. Has that become more clear?

It’s still quite vague, but what can be said is that the Islamic State has received a lot more pledges of allegiance than the group has actually accepted. That would tend to suggest that some kind of assessment is being made at a leadership level as to whether or not the Islamic State can feasibly accept a pledge of allegiance. 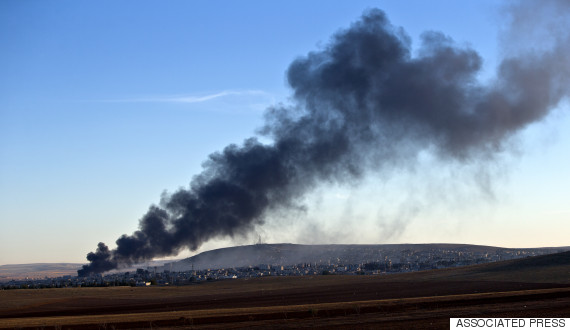 When the top leadership accepts a pledge of allegiance, those fighters presumably bring some level of trust or they represent something worthwhile for the organization.

Has the network structure of the Islamic State group changed throughout the expansion?

It’s still very heavily Iraq- and Syria-focused. The infrastructure of the group is minimal in other countries. But the fact that affiliates are able to carry out operations abroad feeds into the idea that the Islamic State is a growing transnational organization.

You mean as a recruitment tool?

As a recruitment tool, but also that the Islamic State has basically founded itself on the idea of continual expansion. They have to continue to show that they are growing as a global Islamist movement.

They have to continue to show that they are growing as a global Islamist movement.

The fact is that Islamic State has suffered in Iraq a lot over the last 12 months, but they have gained affiliates internationally, and for the group’s supporters and potential recruits, that perception of continual expansion is extremely important.

If the group continues to lose ground, how might that affect its strategy?

The Islamic State has lost the town of Tal Abyad, one of their principle border crossings, in the last two to three weeks. What they've done since is launch diversionary operations to draw away Kurdish forces who were approaching their capital in Raqqa. It’s an age-old tactic of drawing your enemy away from the most critically important areas, and so far in northern Syria, it's given at least a temporary reprieve from what looked like a very serious threat to its de facto capital.

But when the group really does start to seriously lose strategically valuable ground, it will be a real critical moment for the organization to survive at all. The Islamic State has tied success into continuing to control territory and to govern as a state. As soon as it loses territory its very being comes into question. 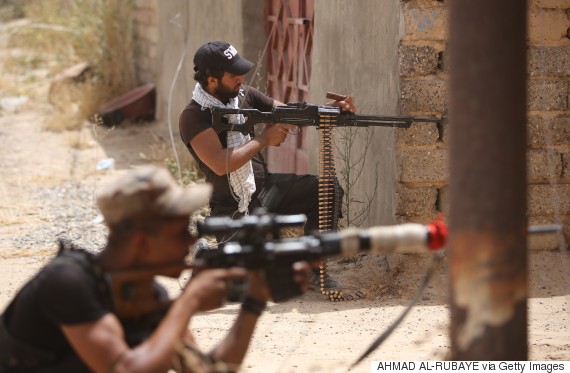 In the areas and cities under its control, how has its state building and ability to govern progressed?

The level of success or failure varies in every area under its control. In Mosul, the reporting has been quite mixed. There have been some reports that the extent to which the group has been able to continue the provision of services has been equal if not slightly better than what the services were under government control.

There has been a great deal of attention as to whether the Islamic State can rebuild roads and provide health care, and so on. The reality is that whether or not they’re able to do that, the primary mechanism of maintaining control over territory is a seriously aggressive extent of law and order threatened with executions, amputations and all kinds of other horrific punishments.

In some senses they’ve been extremely smart, because the group has been able to maintain its extremist ideology but at the same time managed in large part to co-opt local professionals into continuing their jobs and providing some kind of a sense that cities are still running as they previously did.

In many cases, such as Mosul, those civil services workers are still receiving their salaries from Baghdad.

Exactly, and that actually provides the Islamic State with a money-earning capability because it taxes those salaries. In many respects the Islamic State’s continual ability to acquire money is one of the key facets of how it maintains some legitimacy and ability to provide services.

One of the most important things it does when it first comes into a town is that it subsidizes core staple foods. It will immediately try and drop the price of bread. However, when the Islamic State’s financial capabilities decline they’ll no longer be able to do that.

It’s all these factors, the finance, the services, the religious credibility and broader context outside of the territorial control, that allow the local people to essentially put up with them being the source of law. In that sense the money is extremely important.

There have been efforts to cut off that money and funding. Have those had any success?

I think it would be wrong to say that coalition efforts haven’t had any success, but there doesn’t seem to be any evidence that the Islamic State is cash strapped at all.

In that sense, the focus on the oil industry was perhaps slightly misconstrued. Oil has and will continue to be important to the Islamic State, but it was importing oil as well as exporting back when Mosul was captured. It’s important to note that the coalition did target IS oil infrastructure, but the targeting was only against makeshift oil refineries in the desert.

There doesn’t seem to be any evidence that the Islamic State is cash strapped at all.

There doesn’t seem to be a desire, and I think rightly so, to target large-scale infrastructure because of the implications it would have on a post-conflict context. The Islamic state’s biggest source of revenue is still taxation and extortion, and that is directly tied to its ability to control territory.

So long as they control populations, it will be earning enough money to subsist and continue operations. There doesn’t seem to be any credible evidence that the Islamic state is suffering financially to any significant extent.

How have conceptions of the Islamic State group as a non-state actor changed over the last year or so and how do you view them?

At its heart, the Islamic State sees itself as an inherently Islamic organization. That’s how it presents itself and what almost all of its propaganda insists is the case. That’s how it sees itself on the ground, that’s how its objectives are formed. All through its own perception of ancient Islamist ideals, and it’s extremely important to acknowledge that.

At the same time, what I would always be keen to emphasize is that the Islamic State is more than just an Islamic organization. They present themselves as a religio-political alternative and a force to protect Sunni-Arab Muslims from a perceived oppressive sectarian enemy. They are in that sense also an inherently political organization.

The Islamic State is more than just an Islamic organization.

The problem is that what the public sees from the Islamic State is its slick use of propaganda, and that use of propaganda is brutal and violent and it is continually sewn through with Islamic texts and rhetoric.

But on a local level, there is a whole other type of propaganda that we see very little. That’s how it presents itself as a social movement that stands up for the poor and defends the oppressed, and presents itself as a more honorable, powerful future for the Sunni Arab population. 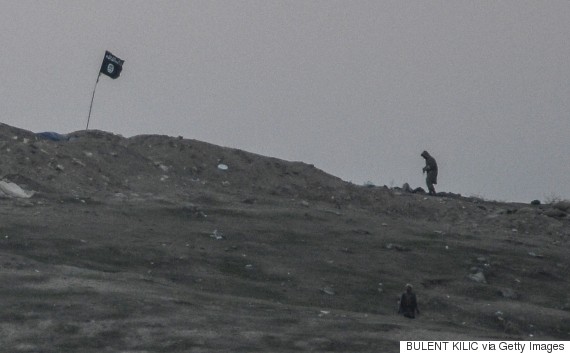 Is there something that you think is underappreciated about the group?

The coalition strategy as it currently exists is inherently Iraq-focused, but there needs to be a recognition of how important Syria is to the group.

Until we acknowledge the importance of that country to the Islamic State's expansion and survival, we’re fighting a losing battle from the very beginning.

- Have We Got ISIS All Wrong?- What Is The State Of Political Islam Today?- Was The Libyan Intervention A Mistake?- What Palestinian Membership In The ICC Really Means- Anguish In Argentina After Prosecutor's Mysterious Death- Could The New Syriza Government Be Good For Greece's Economy?- Naming The Dead: One Group's Struggle To Record Deaths From U.S. Drone Strikes In Pakistan