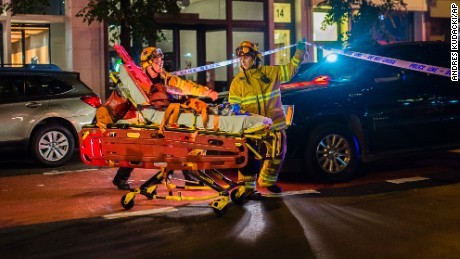 The New York city explosion this week--injuring at least twenty-nine--and discovery of a second device found blocks away, rocked the city as it set off alarms and questions about whether or not New York had suffered another terrorist attack, and if so, who is behind it. The second device, a pressure cooker attached to wiring and a mobile phone is reminiscent of the homemade bombs used by the Tsarnaev brothers in their April, 2013 Boston Marathon attacks. The Boston bombers followed instructions found in the 2010 al-Qaeda in the Arabian Penisula's online Inspire magazine, published in an article entitled "Make a Bomb in the Kitchen of your Mom". This same article reappeared in Dabiq, the online magazine of ISIS, with encouragement to Westerners for mounting ISIS inspired terrorist attacks at home.

The Tsarnaev's were not the first in the U.S. to use this method. Thirty-one-year-old, Faisal Shahzad, a naturalized U.S. citizen, originally from Pakistan and employed in a professional job in Connecticut loaded up a Nissan Pathfinder with explosives (including a pressure cooker bomb device) and parked it on Times Square in 2010--walking away after he wrongly set the detonator. His bomb failed to explode and he was arrested on the tarmac of the airport--trying to escape the U.S. on a flight to Dubai.

Internationally, pressure cooker bombs have been used since the 1990's by insurgents in Nepal, and more recently by the Taliban in Afghanistan and Pakistan, in in a thwarted attack on New Year's Eve 2000 in Strasbourg, France, plotted by al-Qaeda linked terrorists; and by an al-Qaeda related suicide bomber who detonated his bomb in Stockholm in December 2011, to name a few.

Forensic science has advanced to the point where tiny fragments of a bomb can be collected and then traced back to their component sources--even to the country, city and possibly point of origin and person involved. For instance, during the Iraq invasion a bomb used in Iraq was traced by its small fragments back to an individual in the UK who was actively supplying bomb-making materials to terrorists in Iraq . Both the exploded bomb and the pressure cooker bomb that did not detonate in NYC were filled with fragmentation materials--small bb's--according to NYPD sources.

As NYPD collect fragments and the FBI analyzes this it's likely that the component sources and whether or not the bomb blast a few hours earlier in New Jersey is related to the New York explosion. In New Jersey, a pipe bomb exploded along the route of a Marine charity run, which did not harm anyone as a result of delays in getting the race going. The New York bombs involved a substance called Tannerite, which leads some to link them to international terrorism--despite the mayor's claim that there was no evidence of international terrorism just yet. The NYC bombs, it appears look to be on the high end for U.S. expertise, probably evidencing involvement of an international terrorist group--yet it is too early to conclude that. Likewise the New Jersey and NYC bombs both were linked to cell phones, flip phones, which may show they are linked somehow from the same source. That source could be simply angry at the military or actually linked to international terrorism--conclusions we still await.

In the same time frame as the NYC explosion, a young man in Minnesota stabbed shoppers at a St. Cloud mall (a city near to the Minneapolis/St. Paul). The attacker in St. Cloud was dressed in a security uniform and referenced Allah as he also asked at least one of the potential victims if they were Muslim He was stopped in his rampage by Jason Falconer, an off duty police officer who shot him dead. ISIS has claimed the Minnesota attacker, labeling him a "soldier of Allah".

Anne Speckhard, Ph.D. is Adjunct Associate Professor of Psychiatry at Georgetown University's School of Medicine and Director of the International Center for the Study of Violent Extremism (ICSVE). She is also the author of Talking to Terrorists, Bride of ISIS, and co-author of the newly released ISIS Defectors: Inside Stories of the Terrorist Caliphate, Undercover Jihadi, and Warrior Princess. Dr. Speckhard has interviewed nearly 500 terrorists, their family members, and supporters in various parts of the world including Gaza, West Bank, Russia, Iraq, Jordan, Lebanon, Turkey and many countries in Europe. In 2007, she was responsible for designing the psychological and Islamic challenge aspects of the Detainee Rehabilitation Program in Iraq to be applied to 20,000 + detainees and 800 juveniles. For a complete list of publications for Anne Speckhard see: https://georgetown.academia.edu/AnneSpeckhard and www.icsve.org