The recent destruction of the oldest Christian monastery in Iraq by the so-called Islamic State raises, once again, the question of the protection of the historical memory of humanity in times of conflict and war.

What is beyond doubt is that this decivilizing act of destruction leaves observers with a bitter taste of irresponsibility and meaninglessness. We all believe that this should not have happened. But it did happen, and we cannot reconcile ourselves with it. None of us can.

What comes to light here is that nothing is more fragile -- nothing easier to destroy -- than a past that is at the mercy of a memory. Historical memory is the door to the human past, but it is susceptible to the diminishment of our sense of civilization as a common fate. As such, looking backwards into the human past is the recognition of something that we owe to history not merely as a courtesy, but because it is necessary to our present survival. Thus humanity's quest for a shared identity is motivated by a permanent need for the preservation and continuity of the concept of heritage.

Unless there is a constant belief among human beings that they are members of a human civilization, there will be constant doubt in our minds about our self-worth and self-esteem. 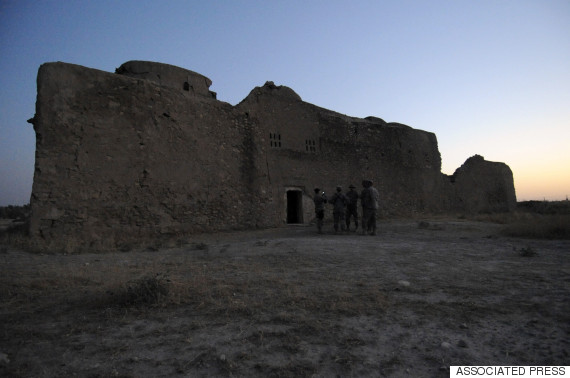 However, by turning the timeless and yet fragile records of our past into piles of rocks, ISIS committed an act of heritage cleansing that has been repeated many times in human history. Yet, destroying archeological sites is more than just erasing historical traces of enemies or idolaters. It is an attempt to create a one-dimensional sense of history with no elements of diversity.

This is far from being the first time in human history that fanatics have targeted human heritage in order to control the future of humanity. Alexander the Great burned down the great palace of Persepolis. The Chinese Tang dynasty destroyed all vestiges of the Korean kingdom of Paekche. Babur's iconoclastic army defaced many Jain statues in India in 1527. In the 1930s and 1940s, Nazi Germany destroyed many works of art labeled degenerate. More recently, the Taliban destroyed Buddhist sites in Afghanistan, claiming they were idols being worshipped by infidels and idolaters.

Such hostility to historical memory and to the idea of civilization lies in the fact that our contemporary world has produced a fear of otherness. We are all inclined to think like Goethe's Mephisto -- "The elements conspire with us and destruction is the aim." 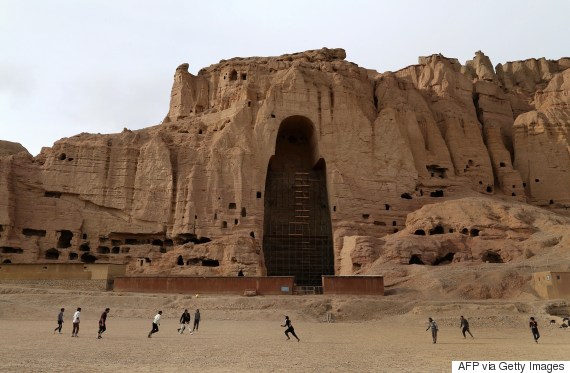 Afghan boys play soccer in front of the empty seat of one of two Buddha statues, destroyed by the Taliban in 2001, in Bamiyan province, Afghanistan. (SHEFAYEE/AFP/Getty Images)

The standard response to this hostility is that as long as the modern world ensures the permanence of the "civilized world" against the "barbarians," the otherness of "the other" is ensured all over the world. The main weakness of this argument is that those institutions in the modern world that have attempted to ensure the otherness of the other are not only founded on the destruction of the other(s) -- Native Americans, for example -- but continue to invent legal frameworks in order to limit or even abolish the presence of the other(s) in the public life of Western countries. Donald Trump is a good example of this mode of thinking.

All these acts of destruction have a common feature: that the problem of civilization and the problem of evil are intertwined. As such, evil is a reality of human civilization. The rise and decline of civilizations remind us is that there is a responsibility for violence that manifests itself in human history. Within this horizon of violence, which manifests itself in the frailty of human nature, there is a moral horizon that expresses a love of humanity in spite of its brokenness.

Heritage, therefore, expresses a joy of witnessing the past despite the sadness of historical violence. It is this joy of witnessing the past that becomes foreign to those who disavow the common moral horizon of humanity. In varying degrees, this disavowal withholds them from any awareness and recognition of human heritage as a landscape of memory. And the victory of ignorance over memory is the strongest evidence of the failure of peaceful coexistence between the past and the present. 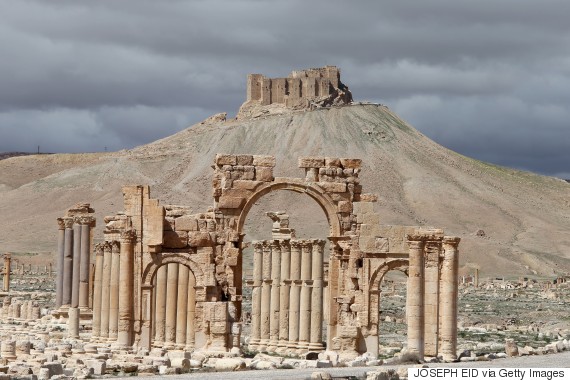 A view of the ancient oasis city of Palmyra, in Syria, parts of which have been destroyed by ISIS. (JOSEPH EID/AFP/Getty Images)

Meanwhile, the more urgent question of civilization -- are we witnessing a loss of common sense in the world today? -- seems to have been overlooked. This loss of common sense presupposes the decline of a common world into which fits our adherence to a principle of living together. However, this very foundation of togetherness, which gives meaning to our judgments and actions, and more profoundly to our sense of reality, is gone.

A growth of meaninglessness now challenges the moral and political questions of our time. More than ever, it leaves us empty-handed in confrontation with the challenges of the global world. Without this kind of moral compass, we would never be able to take our responsibilities in the world. If we want to be at home in this century, even at a price of living in a topsy-turvy world, we must try to take part in the dialogue with our fragile past.

The continuity of this dialogue in the sequence of generations guarantees a history that can never end because it is the history of beings whose essence is civilizational. As long as we are conscious of this truth, while not being speechless and indifferent to the monstrousness and horror of the destruction of our civilizational past, we have a chance to save the idea of humanity from the incalculable evil that human beings are capable of bringing about. 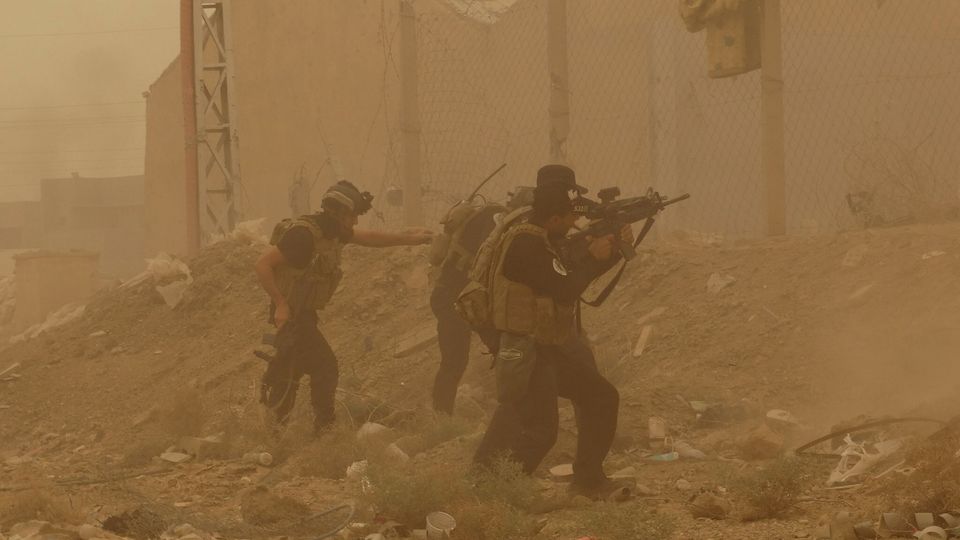