U.S. intelligence officials revealed last week that they believe the Islamic State, also known as ISIS, is reaping as much as $3 million a day in revenue, making it one of the wealthiest terrorist groups in history.

The group desperately needs the money, for as one U.S. official recently told NBC: "Running a caliphate is not cheap." ISIS needs to pay, arm and feed its brigades. The group also rewards the families of killed militants with a pension, and it needs to cover the costs of governing the territory it has captured.

This is where the Islamic State is getting its money from:

Just like other radical militant groups fighting in Syria, the Islamic State initially relied largely on cash gifts from wealthy sympathizers who were determined to support Sunni fighters in their revolt against Syrian President Bashar Assad.

Much of the fundraising for Syria's extremist groups occurs in the Arab Gulf states, where wealthy private donors raise millions to hand over to Islamist fighters at the Turkey-Syria border. The governments of Saudi Arabia, Qatar and Kuwait also covertly provide millions in aid to radical Sunni groups fighting Assad.

Michael Stephens, director of the Royal United Services Institute in Qatar, recently told the BBC that unlike some private donors who directly fund the Islamic State, the Gulf governments instead support other groups such as the Nusra front, Liwa al-Tawhid, Ahrar al-Sham and Jaish al-Isla. However, some of those groups' fighters have joined the Islamic State in recent months and some have even been incorporated into the group -- meaning that money from the Gulf states is indirectly given to the Islamic State. Yet Stephens also said that these donations now only make up a tiny percentage of the Islamic State's funding. The militants collect most of their revenue from the territory they control. 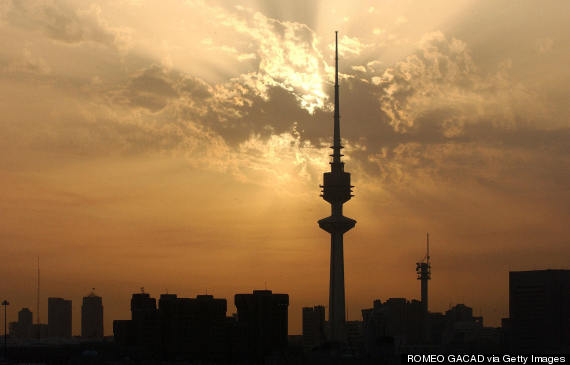 In this file picture, the sun sets on March 7, 2003, over the Kuwait City skyline marked by the imposing Liberation Tower. (ROMEO GACAD/AFP/Getty Images)

Since it launched a massive offensive in Iraq in June, the Islamic State has managed to capture a stretch of territory in Iraq and Syria that's about the size of the U.K. The militants were able to steal millions of dollars in cash and other materials from banks and military installations during its campaign, according to the Associated Press.

"It's cash-raising activities resemble those of a mafia-like organization," a U.S. intelligence official told the AP last week. "They are well-organized, systematic and enforced through intimidation and violence." 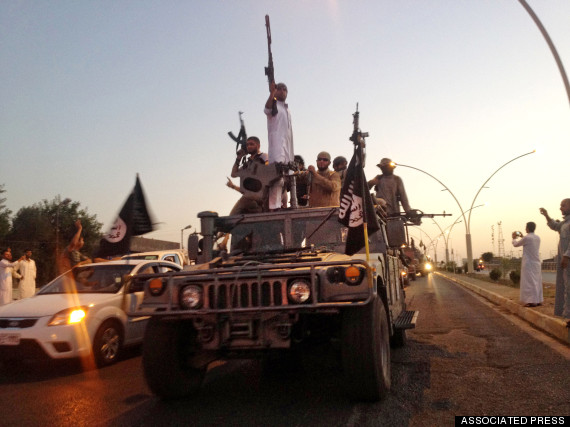 In this file photo taken Monday, June 23, 2014, fighters from the Islamic State parade in a commandeered Iraqi security forces armored vehicle down a main road at the northern city of Mosul, Iraq. (AP Photo)

The Islamic State also levies taxes in the areas it conquers. The Council on Foreign Relations estimates that the group was netting more than $8 million a month in taxes from small and large businesses even before capturing Mosul, Iraq's second largest city, in June.

The group is also believed to have earned millions of dollars from illegally trading antiquities. The Guardian reported in June that the Islamic State had made at least $36 million in one particular Syrian region by selling items that were up to 8,000 years old. In an op-ed for The New York Times, Amr al-Azm, Salam al-Kuntar and Brian Daniels wrote that the militants are mainly profiting from the trade by allowing locals to dig up materials at excavation sites and collect taxes on the profits. 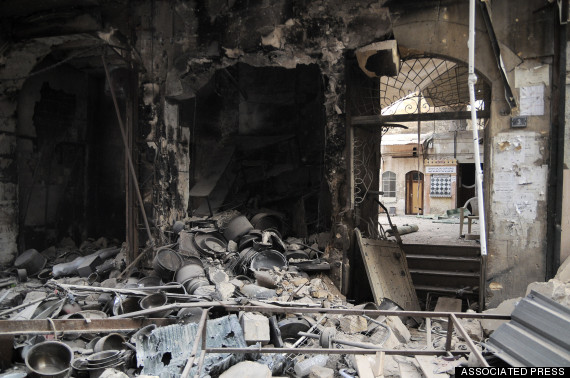 This file photo from Nov. 6, 2012, shows a general view of a destroyed pottery shop inside the Old City of Aleppo, Syria, a listed UNESCO World Heritage Site that was gutted in October and that is now controlled by the Free Syrian Army. (AP Photo/Monica Prieto)

Oil appears to be the largest source of income for the Islamic State today. The militants pump crude oil from about a dozen oil fields they have captured in Syria and Iraq. They either sell the crude oil directly or send it to small refineries to produce low-quality fuels. It is then transported via decades-old smuggling routes over the border and sold at low prices on the black market in Turkey and in smaller volumes to the Syrian regime.

Luay al-Khatteeb, a visiting fellow at the Brookings Institution's Doha Center in Qatar, told The New York Times that the Islamic State's territory currently produces between 25,000 and 40,000 barrels of oil a day, which can bring in about $1.2 million on the black market. 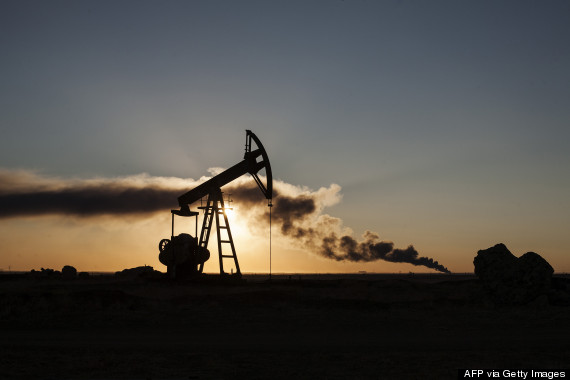 Smoke is seen rising from the the burning leftovers of an oil refinery over oil fields near the oil rich city of Ramlan, on Oct. 20, 2013, near the Syrian Kurdish town of Derik. (FABIO BUCCIARELLI/AFP/Getty Images)

The Islamic State is also believed to have made millions from human trafficking and ransom extortion. Al-Khatteeb told the Associated Press that the group is selling some women and children it kidnapped as slaves.

The militants have also brought in millions in ransom paid by the relatives and governments of some hostages. While the U.S. and Britain have publicly said they refuse to pay for the release of their citizens, several European governments have paid millions to captors. U.S. officials recently told NBC that they believe some European countries have paid seven-figure ransoms.