Someone hacked into several U.S. and European websites over the weekend, claiming to be affiliated with ISIS.

The FBI is investigating the attacks, which changed websites' homepages to show a black ISIS flag with the words, "Hacked by ISIS, we are everywhere." At press time, the banner was up on The Dublin Rape Crisis Centre, along with a link to a Facebook address that doesn't seem to exist and a Flash audio plug-in that plays a song which is reportedly in Arabic.

Law enforcement officials are looking into the breaches, but initially suspected that the hacker or hackers had no actual ties to the so-called Islamic State, NBC News reports. In several previous cases, local investigators found that such purported affiliations with ISIS are a means for ordinary hackers to get more attention, rather than an actual ISIS attack. 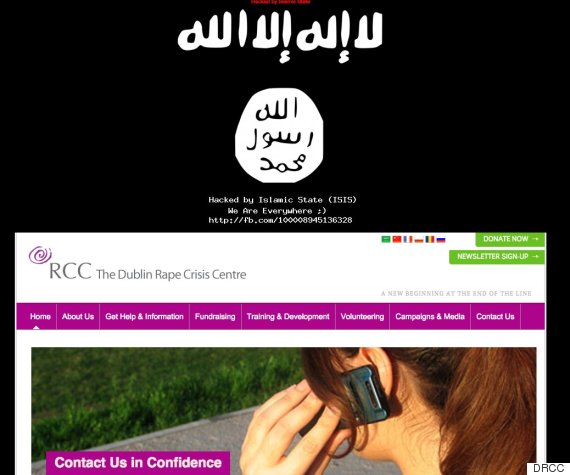 Whoever is behind the hacks are certainly getting the victims' attention. The Eldora Speedway website in New Weston, Ohio, was compromised at 2 p.m. on Saturday, according to WLWT.

"All of a sudden, our website was taken over by a hacker that took over a header stating that website was now under the control of the Islamic State," said Eldora Speedway General Manager Roger Slack. "We removed the plug-in on our website that was thought to be the security hole that existed."

The Darke County Sheriff's Office told the station that the speedway likely wasn't a target, but that the message may have come from a plug-in file that was picked up by their system accidentally.

Similar hacks were reported over the weekend at businesses in Cincinnati, Cleveland, St. Louis, Long Island, New York and others.

Authorities don't believe that any information has been stolen.

The hacks bring to mind the now infamous cyberattack on Sony Pictures, which prompted the White House to announce a new intelligence agency that would coordinate analysis of cyberthreats. In an unusual move, the FBI publicly accused North Korea of carrying out the attack.