PARIS -- La Ville Lumière -- The City of Light -- and its magnificent icon, the Eiffel Tower, stood draped in eerie darkness. Parts of Paris were under curfew. Street cafes bore a haunted look. Numbness prevailed all over.

France is under a state of emergency -- the first since the Second World War -- recovering from a trail of death and destruction after the barbaric massacre of 129 innocent people, with scores injured.

Paris is our second home. Ernest Hemingway, the American Nobel literature laureate once aptly said about the city, "if you are lucky enough to have lived in Paris as a young man, then wherever you go for the rest of your life it stays with you, for Paris is a moveable feast."

Traversing between America and Paris for nearly three decades has indeed been "a moveable feast." I met my fated bride in the heart of Paris. Our daughter and son were born there. Paris enriched their intellectual and cultural life beyond a measure. For us, Paris is a family affair.

Once coming out of a supermarket in Saint-Germain-en-Laye, a leafy suburb of Paris, I spotted an engraving on the opposite building: "Voltaire lived here." Today, the words of Voltaire, the greatest Enlightenment thinker, echo in my mind with much pain and anguish. In 1765, he wrote in his essay Questions sur les miracles: "Those who can make you believe in absurdities, can make you commit atrocities."

Voltaire's words foreshadow the savagery of the Islamic State that Paris has been forced to endure. ISIS, a known believer and practitioner in absurdities, has committed the ultimate atrocities with its bloodbath in the city. Multiple assaults by ISIS-claimed terrorists on Friday the 13th rekindled the memory of another massacre 10 months ago when an area in the 11th Arrondissement, nicknamed bourgeois bonhomie, came under attack. Many staff at the satirical weekly magazine Charlie Hebdo lost their lives for publishing "blasphemous" caricatures of the Prophet Muhammad.

At that time President François Hollande declared, "We must reject facile thinking and eschew exaggeration. Those who committed these terrorist acts, those terrorists, those fanatics, have nothing to do with the Muslim religion."

Many of the attacks on Nov. 13 occurred in close vicinity of Charlie Hebdo's office in the 11th district. This catastrophe led President Hollande to say, "France, because it was foully, disgracefully and violently attacked, will be unforgiving with the barbarians from Daesh."

Indeed, unforgiving and merciless must be our response to these horrible acts. This wickedness of ISIS, this crime against humanity, has nothing to do with Islam. Indeed, it is ISIS vs. the rest of the world and not Islam vs. the rest. Those boisterous claims by ISIS criminals about the establishment of khilafah are a complete distortion of Islamic doctrines. Neither ideologically nor in a worldly manner can this bloodthirsty entity achieve its nefarious political objectives. 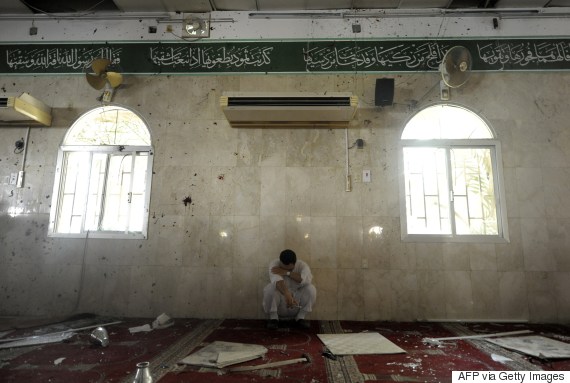 The only thing ISIS can do, and has been relentlessly doing, is to instill fear in the hearts of innocent people. In its indiscriminate killing, it has been targeting everybody: Christians, Jews, Yazidis and others, including women and children. Above all, it has slaughtered more Muslims than non-Muslims. Beyond Syria, several Muslim countries including Iraq, Libya, Tunisia, Egypt, Turkey, Jordan, Lebanon, Saudi Arabia, Yemen and Afghanistan have been subjected to direct or ISIS-inspired terrorism with enormous loss of life and property. Pakistan, too, faces a serious threat from ISIS.

The world is witnessing an unparalleled climb in death tolls caused by terrorism. According to the Institute for Economics and Peace in London, there has been a phenomenal 80 percent increase in terrorist incidents last year. More than half of the 32,658 deaths are traced to ISIS and the Nigerian terrorist outfit Boko Haram, as reported by the Global Terrorism Index.

The evil of terrorism as hatched by ISIS and its affiliates has become a global monster. Its tentacles are spread everywhere with homegrown terrorism and extremist radicalization in many European countries, America, Canada and Australia. The Paris attacks on Friday evening belied President Obama's statement earlier in the day that ISIS had been contained. The recent bombardments and other operations might have restricted the geographic spread of ISIS, but the transnational juggernaut of terror moves on.

The ghastly terror in Paris has provided yet more fodder for the Islamophobic groups. A new wave of Islamophobic retaliation already is underway. Take the American presidential hopeful Donald Trump:

In southern France, the mayor of Venelles has been suspended for making a call for ban on Islam. In Italy, the newspaper Libero was slapped with a lawsuit for splashing the headline: "Islamic Bastards." And in Peterborough, Ontario, a hate crime led to the burning of a mosque while two in Florida were threatened over the phone.

Just as September 11 was a turning point, the Paris terrorist attacks will affect global realities. The Western military involvement as well as the Russian offensive against ISIS in Syria is likely to derail peace talks, or they may remain inconclusive for a long time. The next victim will be the "borderless Europe" where policies on refugees will undergo drastic change while national security priorities curtail individual liberties.

Blaming Islam for things going bad in the West is a blunder. Refusing to identify, accept and rectify the underlying causes neither makes the "enemy" vanish nor eases the life for the rest. Political connivance of both the Western powers and governments in Muslim countries and the rise of right-wing ideology are two areas asking for deeper reflection. We need to reinvent and reorient our diplomatic and political strategy to prevent any more accidental guerrilla.

In the wake of violent events in the West, any hasty judgement on Muslims does more harm than good. It serves the terrorists on a silver platter.

The Taliban, for instance, were fed and raised by the Western political interests against the Soviet invasion of Afghanistan. During President Reagan's era, jihadists (known at that time by the honorific title of Mujahideen) were welcome to the White House. A decade later, the same jihadists turned their guns to their erstwhile "benefactors," giving rise to a new breed of jihadists known as Pakistani Taliban. Last year's massacre of some 130 children at the Peshawar Army School was the last assault by these jihadists before a major successful army operation against the terrorist mafia.

ISIS, too, has a parallel with the rise of Taliban in at least its genesis out of vested Western interests. President Obama is on record saying, "We're speeding up training of ISIL forces, including volunteers from Sunni tribes in Anbar province." Similarly, President Hollande confessed that France provided weapons to Syrian rebels in 2012 despite an embargo. Aren't then Europe's chickens coming home to roost?

Robert Fisk has made a cogent observation:

Whenever the West is attacked and our innocents are killed, we usually wipe the memory bank. Thus, when reporters told us that the 129 dead in Paris represented the worst atrocity in France since the Second World War, they failed to mention the 1961 Paris massacre of up to 200 Algerians participating in an illegal march against France's savage colonial war in Algeria.

In the wake of violent events in the West, any hasty judgement on Muslims does more harm than good. It serves the terrorists on a silver platter. Instead of raising Islamophobic slogans, one needs to understand the dynamics of these events involving the history of relationship between Islam and the West, as well the ongoing race for political and economic hegemony. Unfortunately, Islam remains a victim of the vicissitudes of global politics. The agenda for global peace is not served by making Islam a scapegoat.